Abortion is being criminalized in the United States 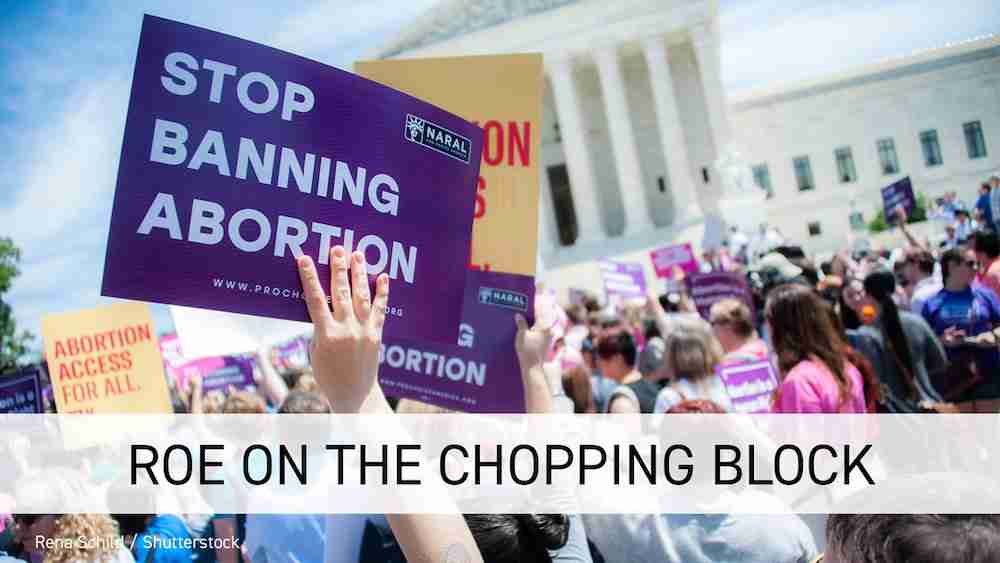 Women arrested for an abortion? Yes, it’s happening. And will undoubtedly ramp up as the future of Roe v. Wade hangs in the balance.

Last week, Lizelle Herrera was arrested and charged with murder for a self-induced abortion. Herrera lives in Texas, a state where abortion has been virtually banned since Sept. 1. And with surrounding states like Oklahoma poised to also ban abortion, people seeking an abortion are turning to self-medicated abortions through telemedicine.

Medication abortion is an extremely safe abortion option with serious complications in less than 0.4 percent of patients. Additionally, it has been a popular option since the Food and Drug Administration (FDA) approved of its use in 2000. In 2017, medication abortion accounted for 39 percent of all abortions in 2017. And while the FDA has approved of its distribution via telemedicine, anti-abortion legislators who are adament on restricting its access require women to obtain the pills at an in-person clinic.

Nevertheless, last Thursday Lizelle was held in jail on a $500,000 bond after the district attorney had presented a murder charge to a grand jury. It was reported that hospital staff had reported the January abortion to the Starr County Sherrif’s Department. Frontera Fund, an abortion fund in Rio Grande Valley, arranged for funding and legal defense for Lizelle who was released after three days in jail. Gocha Allen Ramirez, the district attorney in Starr County, dropped the charges against Lizelle. Nevertheless, this cruel ordeal undoubtedly has had a significant impact on Lizelle’s mental and emotional health.

And yet, this serves as a fearful reminder that these abortion bans have end goals of criminalizing people who seek abortions- not just abortion providers. And that’s why we must oppose any and all abortion bans and restrictions. In an interview with The Texas Tribune, Dana Sussman with the National Advocates for Pregnant Women confirmed that in the future it is likely that “people who actually experienced pregnancy will also face criminalization.” University of Texas at Austin Law professor Elizabeth Sepper further explained that it appeared Starr County officials wanted to send a message “to other people capable of becoming pregnant in the area, to tell them that they could face criminal consequences.”

Sadly, Lizelle is not the first person to be arrested for seeking an abortion. Indeed, anti-abortion legislators and prosecutors have previously sought criminalization against people for abortion pills. In 2015, Purvi Patel was sentenced to 20 years in prison for a self-managed abortion before her sentence was overturned by the Indiana Court of Appeals. And in 2014, Jennifer Whalen was sentenced to 18 months in prison for ordering abortion medication for her 16 year-old daughter.

Such is the outcome when you live in a country that favors faith over facts. Abortion is an extremely safe procedure and no medical or human rights organizations condone abortion bans or restrictions. Rather, they advocate for expansion of abortion access and care. The only organized opposition to that abortion access and care are religious interests. Secular voices are needed more than ever.

Abortion funds like Frontera Fund help people receive abortions despite these draconian barriers. Please consider making a donation to your local abortion fund. The Women’s Medical Fund, which was started by FFRF’s principal co-founder Anne Nicol Gaylor, is one of the oldest funds in the nation. It helps an average of 900-1,000 Wisconsin residents obtain affordable abortion care each year. You can make a tax-deductible donation here.

BARBARA ALVAREZ is a contributing writer for the Freedom From Religion Foundation. Previously she had held the role as FFRF's inaugural Anne Nicol Gaylor Reproductive Rights Intern, a program set up to memorialize FFRF’s principal founder, who was an early abortion rights activist and author of the book Abortion is a Blessing. Barbara was a major winner in FFRF’s essay competition for graduate students, writing about the bible’s role in the abortion battle.
All Articles by this author
PrevPreviousAnti-vax cases in the military are baseless
NextEurope’s sectarian wars lasted foreverNext