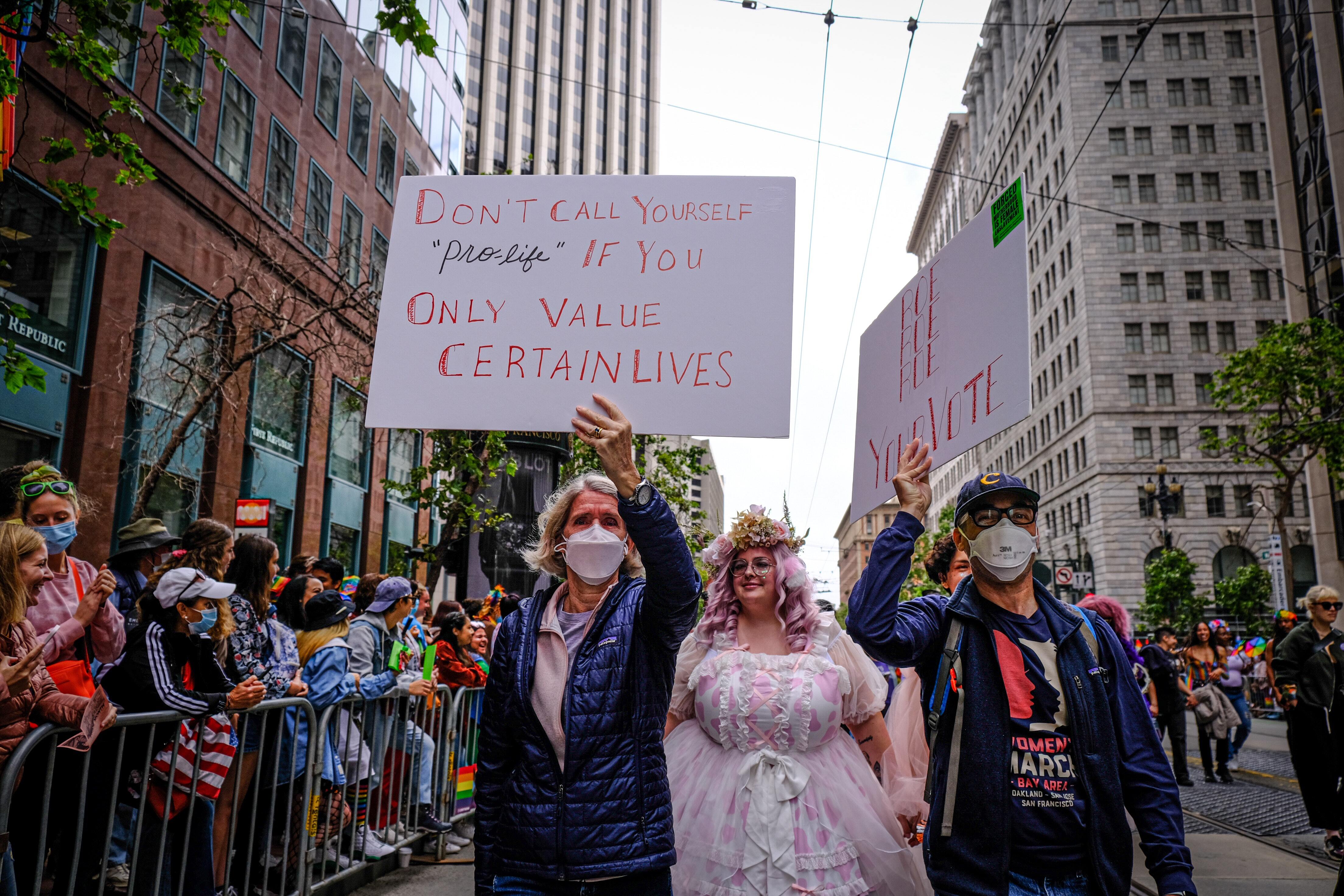 Millions of our tax dollars go toward Christian-based anti-abortion centers every single year. This year, let’s personally donate to legitimate abortion care resource centers. In a time of rampant abortion disinformation and clinic closures, we need to defend fact-based facilities more than ever.

Crisis Pregnancy Centers, also known as pregnancy resource centers or pregnancy care clinics, masquerade as community health centers with options-based counseling. They use clever social media posts, Google search trends and old-fashioned billboards and newspaper advertisements to market their free ultrasounds and pregnancy tests. They claim that they help pregnant women confirm their pregnancy and walk them through their options.

And with abortion banned in 13 states and heavily restricted in many others, such centers aim to be the go-to source for pregnant people looking for information and resources. In fact, Crisis Pregnancy Centers are on the rise. Researchers have accounted for over 2,500 such centers throughout the United States. Prior to the reversal of Roe, Crisis Pregnancy Centers outpaced abortion clinics 3 to 1. With the absence of Roe, that ratio is expected to rise to 4 to 1.

And while they purport to be unbiased health care facilities, Crisis Pregnancy Centers do not disclose that the majority of them are affiliated with evangelical Christian networks and national anti-abortion organizations. Although most of their staff have no medical training, many wear white lab coats and act with medical authority. They use disinformation about fetal development and abortion procedures, claiming that abortion will lead to breast cancer, depression and infertility (it does not).

Some apologists for such centers may say that they are generous, since they provide health care without charging for it. Not so fast. The reason that they continue to remain legal —  and without any regulatory oversight —  is because they do not provide medical procedures or charge for any of their services. In short, this is not benevolent. It is a bold-faced lie that they are health centers because legally they are not. And the reason that they don’t charge for their services is not out of kindness, but out of cleverness — they can continue to skirt the system if they don’t have fees. In fact, the U.S. Supreme Court has upheld that they can continue to operate as such because Crisis Pregnancy Center activity is considered free speech — not medical practice. That’s why an article in the American Medical Association Journal of Ethics says that these centers are “legal but unethical.”

In fact, there is evidence that Crisis Pregnancy Centers are not just a nuisance, but actively contribute to public health risks. Lying about abortion and spreading misinformation about contraceptives and condoms may increase the number of unintended births. It also disproportionately impacts low-income communities and communities of color, exacerbating existing inequalities.

Never mind whether you are personally pro-choice or anti-abortion. Secular voters — and people of all religious faiths and nonfaiths — should be appalled that their dollars support Christian nationalist centers that blatantly lie to the community and erode health care.

That’s why I am proud to support organizations such as POWERS and Women’s Medical Fund of Wisconsin. This Giving Tuesday, I encourage you to donate to these fact-based pregnancy resource networks.

POWERS was founded in 2018 by midwives, nurses, doulas and activists. Based in Freedom From Religion Foundation’s home state of Wisconsin, POWERS provides free, medically accurate information about abortion, adoption and pregnancy continuation. It is not affiliated with any commercial, political or religious group. And since there are over 60 Crisis Pregnancy Centers in Wisconsin, POWERS is a much-needed resource center that supports pregnant people with legitimate information and resources — not lies. You can make a tax-deductible donation here.

POWERS works closely with the Women’s Medical Fund of Wisconsin, one of the oldest abortion funds in the nation. Started by FFRF’s principal co-founder Anne Nicol Gaylor in 1972, the Women’s Medical Fund has over 50 years supported thousands of Wisconsinites receiving abortion care. This year itself, the fund has helped over 100 people per month obtain an affordable abortion. You can make your tax-deductible donation here.

Let’s defend facts —  not fiction — this Giving Tuesday. Supporting abortion funds and legitimate health care resource centers is just one way that we can do that.

BARBARA ALVAREZ is a contributing writer for the Freedom From Religion Foundation. Previously she had held the role as FFRF's inaugural Anne Nicol Gaylor Reproductive Rights Intern, a program set up to memorialize FFRF’s principal founder, who was an early abortion rights activist and author of the book Abortion is a Blessing. Barbara was a major winner in FFRF’s essay competition for graduate students, writing about the bible’s role in the abortion battle.
All Articles by this author
PrevPreviousYou’re one in 8 billion — and why that’s no compliment
NextExtreme religious groups are behind fight over transgender rightsNext