Skip to content
PrevPreviousAmy Barrett, a lawsuit, a victory — and a double musical treat
NextOur secular voter poll, a Supreme Court nominee, a Puerto Rican contest — & so much moreNext 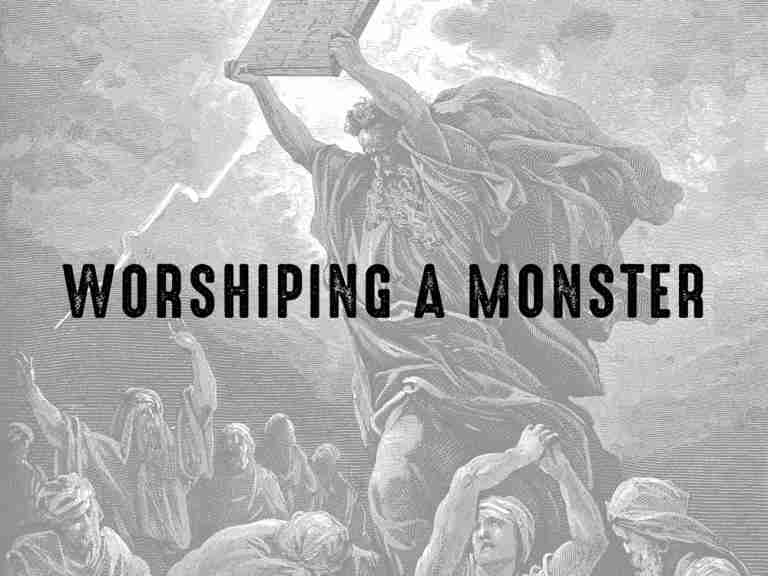 How can churchgoers pray to a heavenly father with a scriptural record of ferocious murder? How can they worship a monster?

Exodus 12 says God killed thousands of Egyptian children at Passover, “and there was a great cry in Egypt; for there was not a home where there was not one dead.”

Genesis 6-8 says God drowned all people and animals on Earth except those on Noah’s ark.

Repeatedly, God tells Jews to massacre neighbor tribes. For example, in 1 Samuel 15, God commands Hebrew soldiers: “Now go and smite Amalek, and utterly destroy all that they have, and spare them not; but slay both man and woman, infant and suckling, ox and sheep, camel and ass.”

In various other verses, God orders similar slaughter, adding: “Thine eye shall not pity.” Numbers 31 puts this attitude into practice with regard to the Midianites, with Moses commanding: “Now therefore kill every male among the little ones, and kill every woman that hath known man by lying with him. But all the women children, that have not known a man by lying with him, keep alive for yourselves.”

In Exodus 31:15, God decrees: “Whosoever doeth any work in the Sabbath day, he shall surely be put to death.” Exodus 35:2 is almost identical.

In Deuteronomy 22, God commands that brides who aren’t virgins must be taken to their fathers’ doorsteps and stoned to death.

Some bible verses instruct on how to buy and sell slaves. Leviticus 25:44 says: “Both thy bondmen, and thy bondmaids, which thou shalt have, shall be of the heathen that are round about you; of them shall ye buy bondmen and bondmaids.” Exodus 21:7 gives rules when “a man sell his daughter to be a maidservant.”

Leviticus 20:13 says gay males “shall surely be put to death; their blood shall be upon them.” (But lesbians aren’t mentioned.)

Strangely, every Christian church claims that God is all-loving, all-merciful, all-compassionate. No church mentions that the bible often depicts him as a monster. Evidently, he’s Dr. Jekyll and Mr. Hyde.

Of course, we skeptics are fairly sure that no deity — neither Jekyll nor Hyde — exists. He’s apparently a concoction of the human imagination.

Sigmund Freud saw a clear explanation of the father-god: Babies and tots see a mighty father looming over them, loving them, protecting them, punishing them, caring for them. The image locks into the subconscious. Later, when the church says a mighty father looms over you, loving you, protecting you, punishing you — bingo! The subconscious image flares to life and believers say: “Yes, yes, it’s true.” They actually worship their buried biological father.

What can we make of these weird psychological phenomena? All I can say is: Thank heaven religion is dying rapidly in America, as in most of Western civilization. Increasingly, we needn’t wonder why believers worship a monster.

This essay is adapted from a column that previously appeared at Secular World online on Sept. 20, 2020, and Daylight Atheism on Sept. 21, 2020.

James A. Haught, syndicated by PeaceVoice, was the longtime editor at the Charleston Gazette and has been the editor emeritus since 2015. He has won two dozen national newswriting awards and is author of 12 books and 150 magazine essays. He also is a senior editor of Free Inquiry magazine and was writer-in-residence for the United Coalition of Reason.
All Articles by this author
PrevPreviousAmy Barrett, a lawsuit, a victory — and a double musical treat
NextOur secular voter poll, a Supreme Court nominee, a Puerto Rican contest — & so much moreNext