Why Ten Commandments displays have no place in public schools

America’s public schools are the primary legal battleground for the remaining vestiges of the First Amendment’s Establishment Clause.

The Supreme Court’s unfortunately eventful term earlier this year has resulted in the Religious Right becoming increasingly bold in its attempt to further dismantle the wall between state and church. Not surprisingly, misinformation about the state of the law in the public school context has spread rampantly. Christian nationalist groups have taken this opportunity to call on their followers to push the boundaries of what is permissible in our nation’s public schools. One such group, First Liberty, has urged its members to take action to “put religious displays back where they belong” by, among other things, claiming “a teacher can put up a Ten Commandments poster in her classroom.” This is false.

In the 1980 case Stone v. Graham, the Supreme Court struck down a Kentucky law requiring that a copy of the Ten Commandments be posted on the wall of each public classroom on the grounds that it violated the Establishment Clause. As the court explained:

The preeminent purpose for posting the Ten Commandments on schoolroom walls is plainly religious in nature. The Ten Commandments are undeniably a sacred text in the Jewish and Christian faith, and no legislative recitation of a supposed secular purpose can blind us to that fact. The commandments do not confine themselves to arguably secular matters, such as honoring one’s parents, killing or murder, adultery, stealing, false witness, and covetousness. Rather, the first part of the commandments concerns the religious duties of believers: worshiping the Lord God alone, avoiding idolatry, not using the Lord’s name in vain, and observing the Sabbath Day.
Beyond the blatant illegality of Ten Commandments displays in public schools, the assertion that public school teachers should be abusing their positions to promote religion and indoctrinate students is highly disturbing. Students have the right to be free from religious indoctrination in public schools. Once again, the constitutional rights of students are being sidelined and ignored in favor of a Christian nationalist Orwellian revisionist agenda.Speaking from my own experience, I know how alienating public school can be for students who aren’t Christian, especially when their teachers insist on making their own religious beliefs well known. I have one particularly vivid memory from my ninth grade global studies honors course. We were studying the religious beliefs of ancient Greeks and Romans. I remember with crystal clarity the teacher beginning the day’s lesson with “Now, I can safely assume that everyone in this room is Christian.” Um, no. No you can’t, sir. At 14, I had already waved a less than tearful goodbye to the milquetoast Protestantism that I had been half-heartedly raised in. I was agnostic, and most certainly did not consider myself Christian. At that moment, I didn’t even know how to react. Should I raise my hand and out myself as nonreligious to the entire class in a relatively religious, conservative high school? Or should I say nothing and just sit in silence, allowing an authority figure to cloak me in an identity that I wanted nothing to do with?

Perhaps surprisingly, I selected the former option. I raised my hand and openly stated that I wasn’t Christian and that it was entirely inaccurate and inappropriate to make that assumption. I’m lucky in that two other students followed right behind me, willingly outing themselves as atheists and agnostics and reiterating how straight up wrong it was for a public school teacher to just assume that all 20-plus students in a class must be Christians. While the presence of allies certainly made that experience far better than it could have been, the fact I remember it so clearly more than 10 years later bears witness to how much of an impact that moment had for me, and how deeply disturbing moments like that often are for students who don’t subscribe to the majority religion.

Many Christian nationalists and members of the broader Religious Right take any attempt to keep public education secular as a direct attack on their beliefs. They might say: “Why is it such a big deal for a teacher to have a Ten Commandments poster in their classroom? It’s not like they’re forcing students to convert. And shouldn’t students learn to tolerate and accept that some people are going to have different religious views than them?” Did you hear that whooshing noise? That was the sound of the point flying straight over their heads.

A teacher displaying the Ten Commandments in their classroom sends a message to students that those who share this Judeo-Christian belief are favored and those who do not are disfavored. In the context of a public school, it is the responsibility of the school district and its teachers to maintain neutrality between religions and between religion and nonreligion. Displays of religious text and iconography in classrooms create divisiveness, not tolerance. When a teacher needlessly inserts their own religious viewpoints and beliefs into the classroom, they actually stifle dissenting opinions and open discussion, hindering the educational goals of teaching students tolerance and acceptance.

And contrary to Christian nationalist rhetoric, the Ten Commandments are far from a foundational document for the U.S. Constitution or legal system. As the Supreme Court pointed out in the Stone case, only six of the 10 commandments even have anything to do with morality — the rest are entirely religious in nature.The Framers of the Constitution were Enlightenment-era thinkers, many of them Deists, who believed that human experience and rationality, not religious dogma, should guide one’s beliefs. It’s no mistake then that the Constitution makes no mention of God or the bible or the Ten Commandments. In fact, the only reference to religion in the Constitution apart from the religion clauses is in Article VI, which forbids religious tests for public office. (For more, see “What’s Wrong with the Ten Commandments?”)

If you’re a student or know a student whose constitutional rights have been violated by their public school, please report the violation to FFRF. 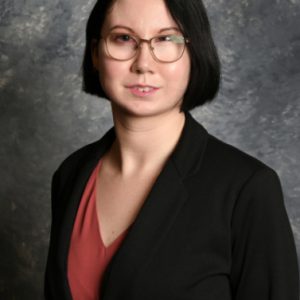