Why I couldn’t expose the biggest fraud 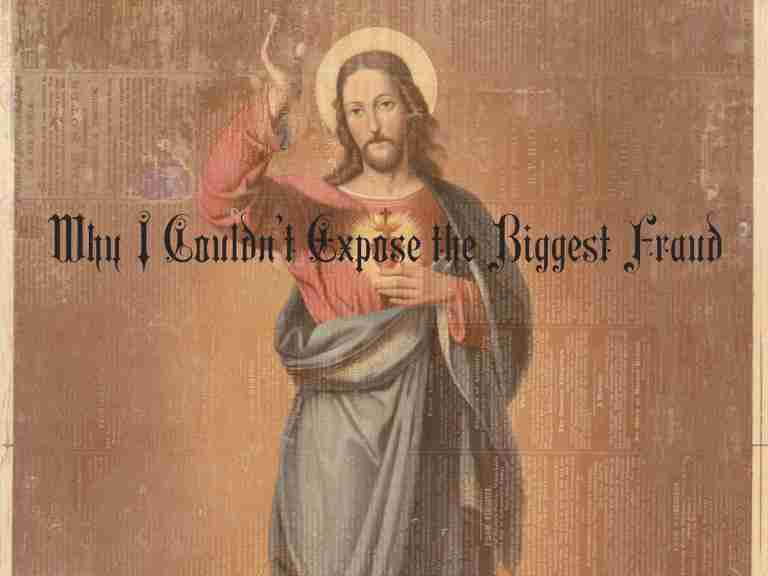 For much of my newspaper career, I was West Virginia’s only full-time investigative reporter. I wrote about political corruption. I exposed consumer frauds. I revealed stock frauds. I also reported on crooked evangelists, such as Jim Bakker.

I realized that there is a clear pattern in all the reporting on religion: It’s fine for the media to reveal particular crimes within religion. It’s forbidden, though, to write that religion itself — worship based on supernatural gods, devils, heavens, hells, miracles, visions, prophecies, divine appearances and the like — is a glaring global fraud. Religion around the planet reaps untold amounts of tax-exempt dollars for magic tales, but mustn’t be criticized.

In the 1970s, I was a pioneer in a national organization, Investigative Reporters & Editors, which remains active today, including through its publication, The IRE Journal. I wrote to The IRE Journal back then suggesting that investigative reporters treat religion itself as a field of dishonesty, like other types of corruption that the media exposes. Why unearth frauds, but ignore the biggest fraud of all? I was rebuffed.

I suppose this happened because religion has been deeply entrenched in virtually all cultures for millennia. In the past, anyone who “blasphemed” the holies could be put to death. Religion became untouchable. But there’s little reason to continue this taboo in modern secular democracies, where supernatural faith is fizzling.

There is plenty wrong with holy faith. It’s a system of lies. To assert that magical spirits watch people and burn them in fiery hell after death is an obvious falsehood to any thinking, educated person. Ditto for the rest of biblical supernaturalism.

Young Americans are abandoning religion by millions — just as young Europeans, Canadians, Japanese, Australians and others have already done. Those who say their faith is “none” are rising with amazing rapidity, heading toward a possible majority. Hopefully, it will be acceptable before too long for the news media to openly say that religion is a fraud.

This column is adapted from a piece originally published in the February-March 2020 issue of Free Inquiry.

James A. Haught, syndicated by PeaceVoice, was the longtime editor at the Charleston Gazette and has been the editor emeritus since 2015. He has won two dozen national newswriting awards and is author of 12 books and 150 magazine essays. He also is a senior editor of Free Inquiry magazine and was writer-in-residence for the United Coalition of Reason.
All Articles by this author
PrevPrevious“Cosmos,” freethinking displays, a secular state rep & disappointing Supremes
NextAn urgent report, generous media coverage, many secular displays & Solstice celebrationsNext