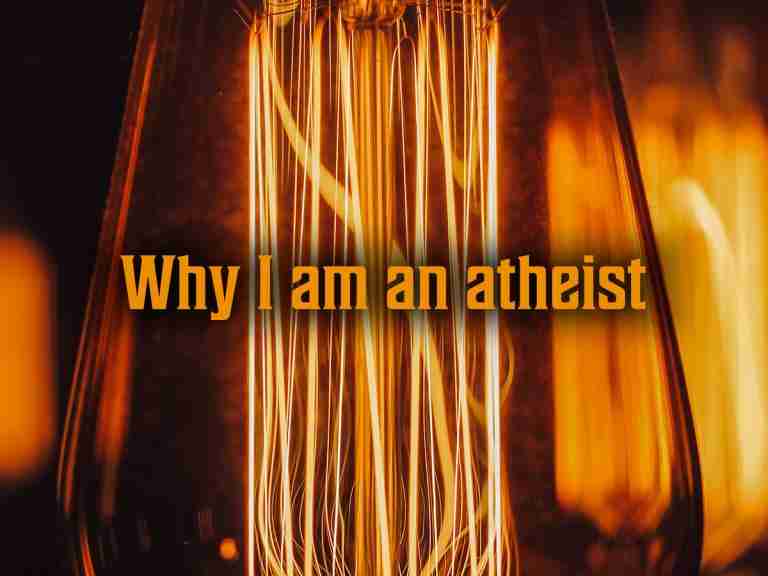 I was born in 1932 in a little Appalachian farm town with no electricity or paved streets. It was the Bible Belt, but my parents never went to church. They sent me briefly to rural Sunday schools, and I remember trying to pray as a grade-schooler, but that soon faded.

As a teen, I landed a newspaper job and found myself surrounded by worldly cynics eager for trustworthy knowledge. They sneered at the stupidity of hillbilly preachers. Some reporters recruited me into a Great Books course, and I was amazed to learn how the finest minds through history had struggled to fathom a purpose of life, if any. The newspaper became my university.

Gradually, I saw that it’s dishonest to claim to know supernatural things nobody can know. It’s untruthful to say you’re certain of gods, devils, heavens, hells, angels, demons, miracles, messiahs, prophecies and other church dogmas when not a shred of real evidence exists.

A friend told me I’m an agnostic, not an atheist. I disagreed and answered: “Do you think an invisible spirit rules the universe, listening to your thoughts, and will burn you forever because of them?” He replied: “Of course not.” So I said: “You see, we’re both atheists.”

Many millions of Americans are in the same boat. They’re “functional atheists” because they don’t really think a supernatural god is watching them, waiting to punish them after death. The notion is absurd — downright silly when you think about it. Maybe that’s why religion is dying in America, right before everyone’s eyes. Good riddance, I say. I hope supernatural beliefs shrink to a laughable fringe, an embarrassment to thinking people.

The best argument against the existence of a god is what philosophers call “the problem of evil.” It goes like this: If an all-loving, all-powerful father-god created everything, why did he make breast cancer to kill women and leukemia to kill children? Why does he make earthquakes, tornados, hurricanes, tsunamis, floods and the like to slaughter so many? Only a monster would design those horrors. The problem of evil doesn’t disprove a wicked god — it just wipes out the possibility of a merciful one.

This insight was first discerned by Epicurus in Ancient Greece, in the heyday when the clash between science and religion began. Classical Greece was swamped by faith, with thousands of animals sacrificed to dozens of gods, and gullible folks giving wealth to oracles who spouted voices from gods, and “sacred wars” fought over the riches of oracles. But the first known intelligent thinkers began seeking natural explanations of phenomena — and science was born. Many such Greek rebels were tried for “impiety.”

In subsequent millennia, the brightest and best minds generally questioned holy dogmas, although it was dangerous. Throughout history, many outstanding “greats” were skeptics. Today’s skeptical thinkers can be proud to be part of this brilliant record of honest doubt.

This article is adapted from a piece that originally appeared in the second quarter 2018 issue of American Atheist.

James A. Haught, syndicated by PeaceVoice, was the longtime editor at the Charleston Gazette and has been the editor emeritus since 2015. He has won two dozen national newswriting awards and is author of 12 books and 150 magazine essays. He also is a senior editor of Free Inquiry magazine and was writer-in-residence for the United Coalition of Reason.
All Articles by this author
PrevPreviousThe freethinking foundation of International Women’s Day
NextSecular issues, women’s rights, voting reform & essay contestsNext