We’re already in the thick of things

2017 has just gotten started — and we’re already in the thick of things. 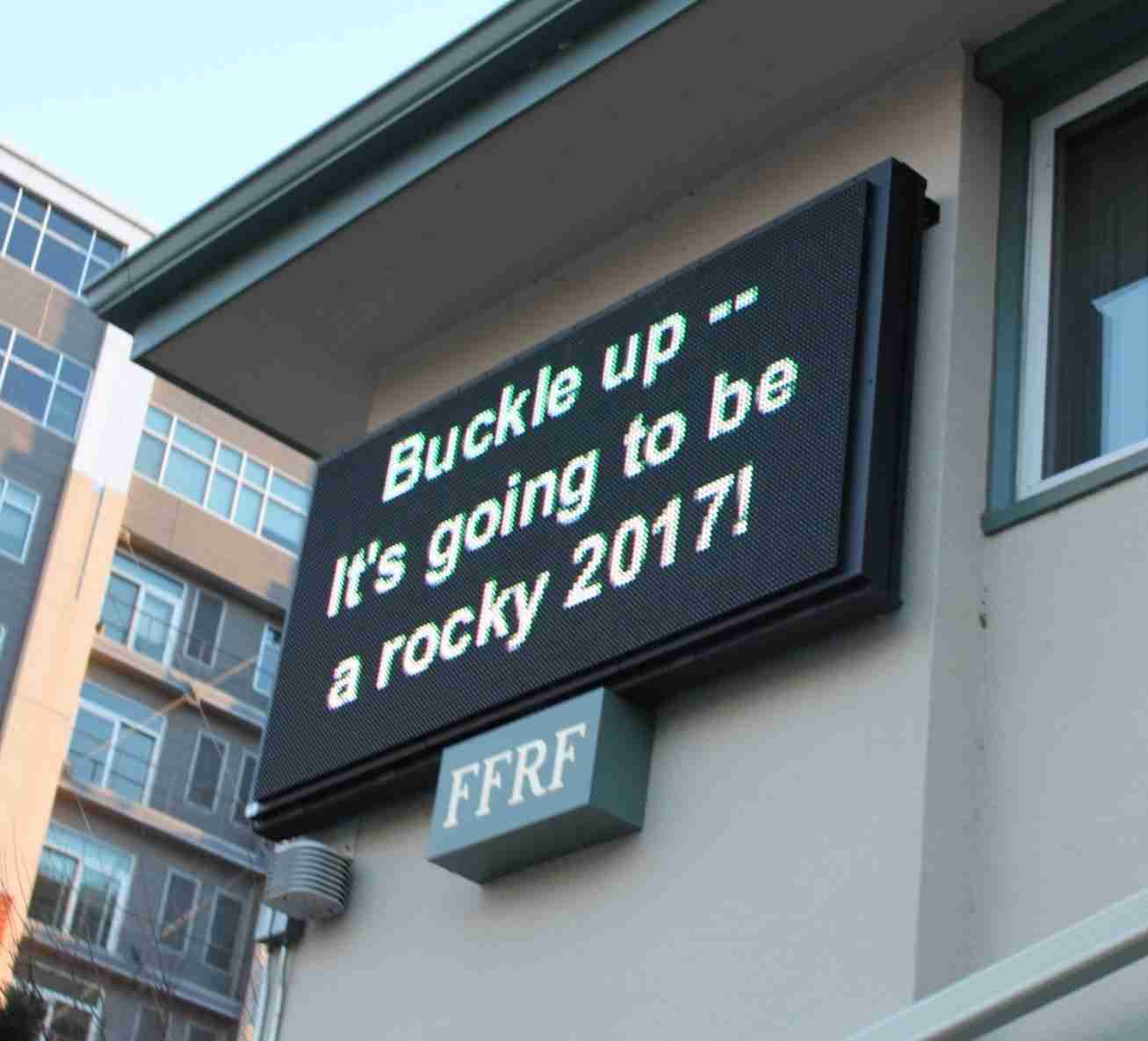 In addition to all the other issues, we’re still dealing with fallout from last year. So, with the help of a generous member, we increased the reward to $2,500 for the apprehension of the individuals who vandalized our Winter Solstice banner in Shelton, Conn. We still haven’t had any luck, and the outrageousness of the act underlines how impossible it is to have a true public forum during the season. The solution, as we’re urging, is to close down such venues on governmental property.

Another holdover from the holiday season was a public hearing this week in Gig Harbor, Wash., to decide whether to allow nativity scenes on governmental land. The impetus was — no prizes for guessing — the removal at our behest of a long-displayed nativity exhibit from a park there. We sent out an alert to our Washington members asking them to persuade the city to stand by its decision. We’re awaiting final word.

And then we were looking ahead to the Trump Inaugural. We’re urging our incoming president to adhere to the Constitution and take a secular oath — and follow the lead of all presidents from George Washington to Andrew Jackson. FFRF Co-Presidents Dan Barker and Annie Laurie Gaylor also noted with disapproval his invitation to a motley crew of religious figures to the ceremony.

“If you wish to hold a private religious convocation to personally celebrate your inauguration with religion, of course we would have no objection based on the Establishment Clause,” they wrote in a letter to him. “(We might question your taste in ultra-conservative clergy.) But you were not elected pastor in chief, but president of all the people.”

Why are we so underrepresented?

Speaking of being elected, Salon, a major star in the online media galaxy, asked Annie Laurie why nonbelievers are woefully underrepresented in the electoral arena. “People are afraid if they run for office and they aren’t religious, they won’t get elected,” Annie Laurie explained, adding that this contributes to the “stigmatization and demonization of the nonreligious.”

We also kept up with the football season. (Who can accuse us of ignoring sports?) As Clemson gears up to meet Alabama in the national championship on Monday, we highlighted the S.C. team’s egregious behavior (including genital grabbing and alleged use of the N-word) in spite of — or perhaps due to — its religiosity.

“Coach Dabo Swinney’s insistence on using Clemson to promote his personal religion is clearly not teaching these students how to behave morally,” a S.C. TV station quoted Dan as saying. 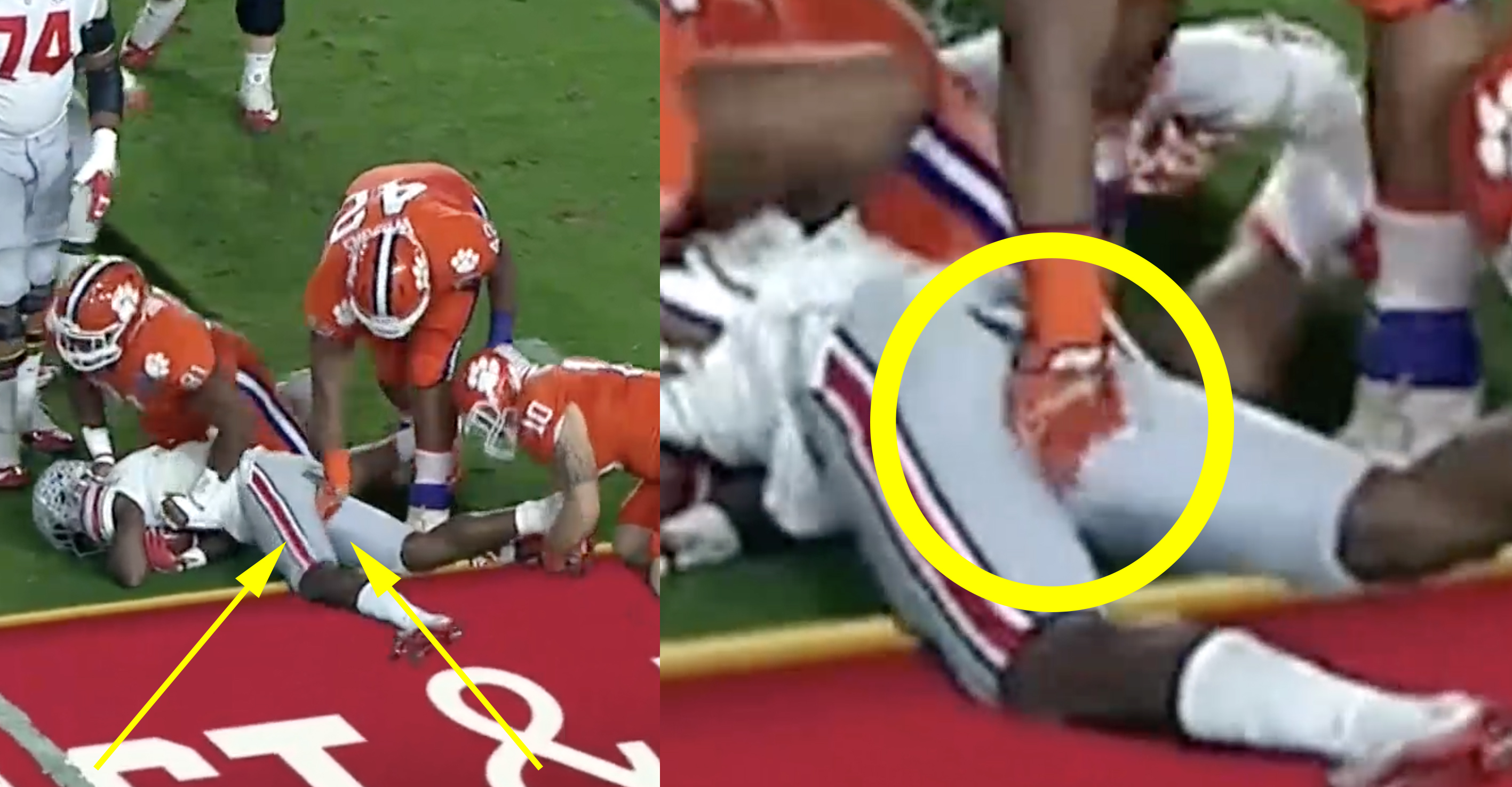 And we had two victories to highlight at the start of the year. An Illinois school district pledged to better monitor its social media feed after we objected to the publicizing of a “Bring Your Bible to School Day” event on it.  And in Edmond, Okla., a constitutionally disobedient public high school football coach was re-educated after we alerted the school district to his team’s attendance at a sermon.

On our radio show this week, we aired an excerpt of the moving speech from our convention of Rafida Bonya Ahmed, the Bangladeshi-American blogger who narrowly survived a fundamentalist attack. We also discussed the Clemson football program with FFRF Staff Attorney Andrew Seidel and the Trump Inaugural.

Watch this space in the coming weeks and months for a lot more of our response to the Trump presidency and the political turmoil around us! It’ll all be made possible by the generosity and backing of our members and donors.