Skip to content
PrevPreviousWe are thankful to you
NextExtremism: The Common DenominatorNext

Small and big — it all adds up for us

Small and big — it all adds up for us

We here at the Freedom From Religion Foundation engage in a variety of actions every week that, small and big, add up to a robust defense of our cause.

For instance, FFRF Director of Strategic Response Andrew Seidel had a response published in a tiny Alabama paper to a Thanksgiving column berating us. Andrew also wrote a persuasive op-ed on the unintended consequences of a possible congressional repeal of the church politicking ban (the Johnson Amendment) that reached a much bigger audience, since the Religion News Service impressively distributed it.

“At some point, the government will be forced to regulate churches: financial disclosures, donor disclosures (including even regular parishioners and tithe-givers), IRS filings, FEC filings — the regulatory list will be long and onerous,” Andrew opined. “Churches will get money, power — and invasive government regulation to match.”

Beware the law of unintended consequences, as Andrew warned.

Our mention in The New York Times

Another place where we scored big this week was The New York Times. We got a prominent mention in an article about the shenanigans over the Johnson Amendment. A Trump executive order earlier this year that weakened enforcement of the amendment “was almost immediately challenged in federal court by the nonprofit Freedom From Religion Foundation, which said the order gave preference to ‘religion over nonreligion,’” the paper stated.

Feels great when our constitutional exertions are so prominently noticed.

And, of course, you’re our backbone on everything, no matter how big or small, especially on something as super-urgent as the Johnson Amendment. That’s why we appealed to you a couple of times this week to block the repeal, first nationwide and then those of you living in Oklahoma, since a senator from that state, James Lankford, is a mastermind behind the effort.

Thanks for your #GivingTuesday generosity

Because you’re so important to us, we requested your help a few other times this past week. On #GivingTuesday, we called for your financial support to keep our case going against Congress for denying FFRF Co-President Dan Barker a freethinking invocation before the body. Ask and ye shall receive. You responded generously! Our appreciation.

We also asked for your assistance in helping to counter the pervasiveness of religion in the public space this time of the year and to keep the banner of reason flying high. We’re offering a number of displays if you’re willing to commit. Some of you have already contacted us, such as Member Will Meyer, who put up our appealing display at the Grundy County Courthouse in Illinois.

Watch our display at Wisconsin Capitol 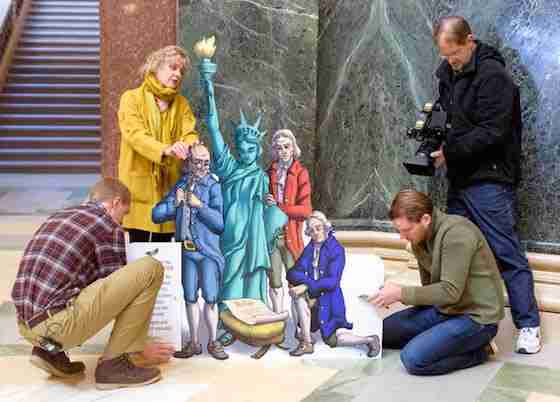 Here at home, we did the heavy lifting (pun semi-unintended) ourselves and hauled our exhibits today to the Wisconsin Capitol for the 22nd year in a row. Always nice to give freethought a “room at the inn.” Watch footage of the installation on our mini-sized Newsbite segment.

Also today, with the help of Member Jack Egger, we installed a unique “Reason’s Greetings” billboard in the Atlanta area. Atlantans will be receiving a different sort of message in the month of December.

Our allies help us, too

In addition to all the sustenance we receive from you, we get assistance from like-minded allies. That’s why it was a huge boost in the arm for us when 14 organizations, led by Americans United for the Separation of Church and State, filed a friend of the court brief in support of our lawsuit against the city of Pensacola in Florida to have a massive Christian cross removed from a public park there. Our thanks to all these groups. 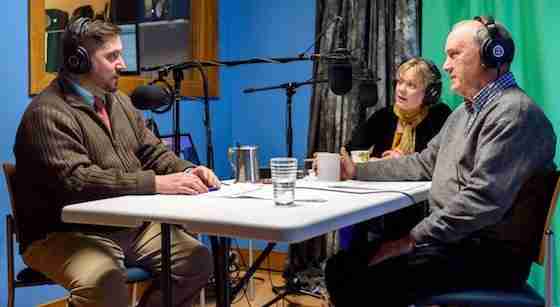 A lot of what freethinking organizations are able to get done in Congress is via the Secular Coalition of America. So, it was our pleasure to welcome its Executive Director Larry Decker into our office to record an interview for our future TV program, “Freethought Matters,” discussing the issues facing our community.

Larry was also the main guest on our radio show. In addition to chatting with him, we talked about the Pensacola case and learned about the history behind the song “It Ain’t Necessarily So.”

What is the purpose of life?

FFRF Co-Presidents Dan Barker and Annie Laurie Gaylor for a change of pace tackled a philosophical question, “What is the Purpose of Life?”, for our “Ask an Atheist” Facebook Live feature. You might be surprised at their “answer.” 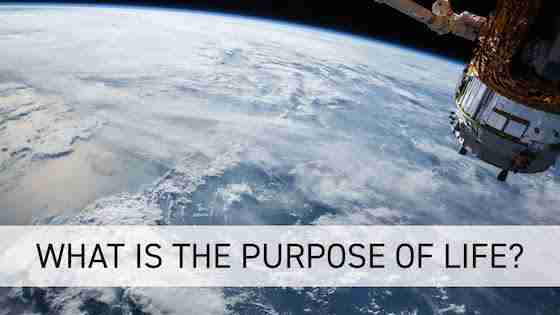 Meanwhile, we kept on soldiering for our cause.

At the larger level, we castigated a congressional resolution for fawning over the newly opened Museum of the Bible. “‘We, the People’ deserve better from Congress,” we concluded.

At the smaller, but no less important, level, we successfully shut down prayer at a Tennessee elementary school and called for a “Bible and Badges” bible study program aimed at cops (we aren’t making this up) to be kiboshed in a South Carolina town. And here on home turf, we felt vindicated when a Wisconsin appeals court ruled in favor of our side and against a nearby church that is trying to get a massive tax break on vacant property.

All that we do — big, small and of all sizes — would not be possible without you support and generosity on Giving Tuesday and all the other days of the year.

All Articles by this author
PrevPreviousWe are thankful to you
NextExtremism: The Common DenominatorNext