In case you missed FFRF’s weekly roundup the last couple weeks (which you did, because we didn’t write them!), it’s because FFRF debuted its revamped and upgraded website at ffrf.org. So, we had to shut down our online communications offerings temporarily.

But, the good news is, our new website is up and running and better than ever! It’s designed to be responsive to whatever device you are viewing it on, be it a phone, tablet, laptop or desktop computer. Give it a look! (And if you find any glitches along the way, please report them to ffrf.us/webfeedback.) 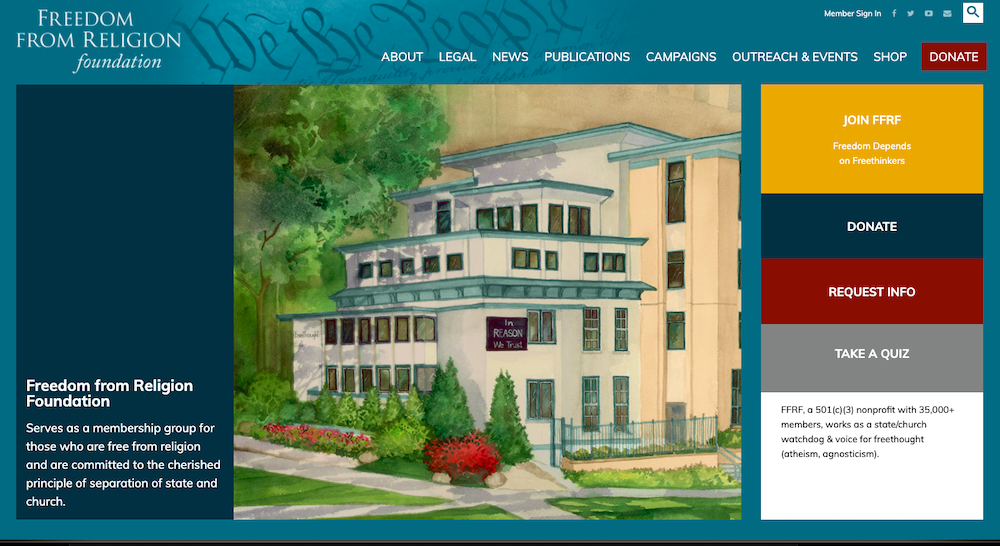 Well, let’s get you caught up on what FFRF has been up to these past couple weeks. As always, we’ve been busy fighting for your constitutional rights, and have been quite successful.

Board doesn’t have a prayer
For example, on Aug. 5, we got the good news that the Canton (Ohio) Board of Education has ended its practice of opening each board meeting with a prayer. “Board President Scott Hamilton said Tuesday that the board made the decision to discontinue its longstanding practice of invocation after reviewing the laws and court cases surrounding the issue of prayer at school board meetings,” the local paper reported. “A letter from the Freedom From Religion Foundation on July 23 prompted the review.” 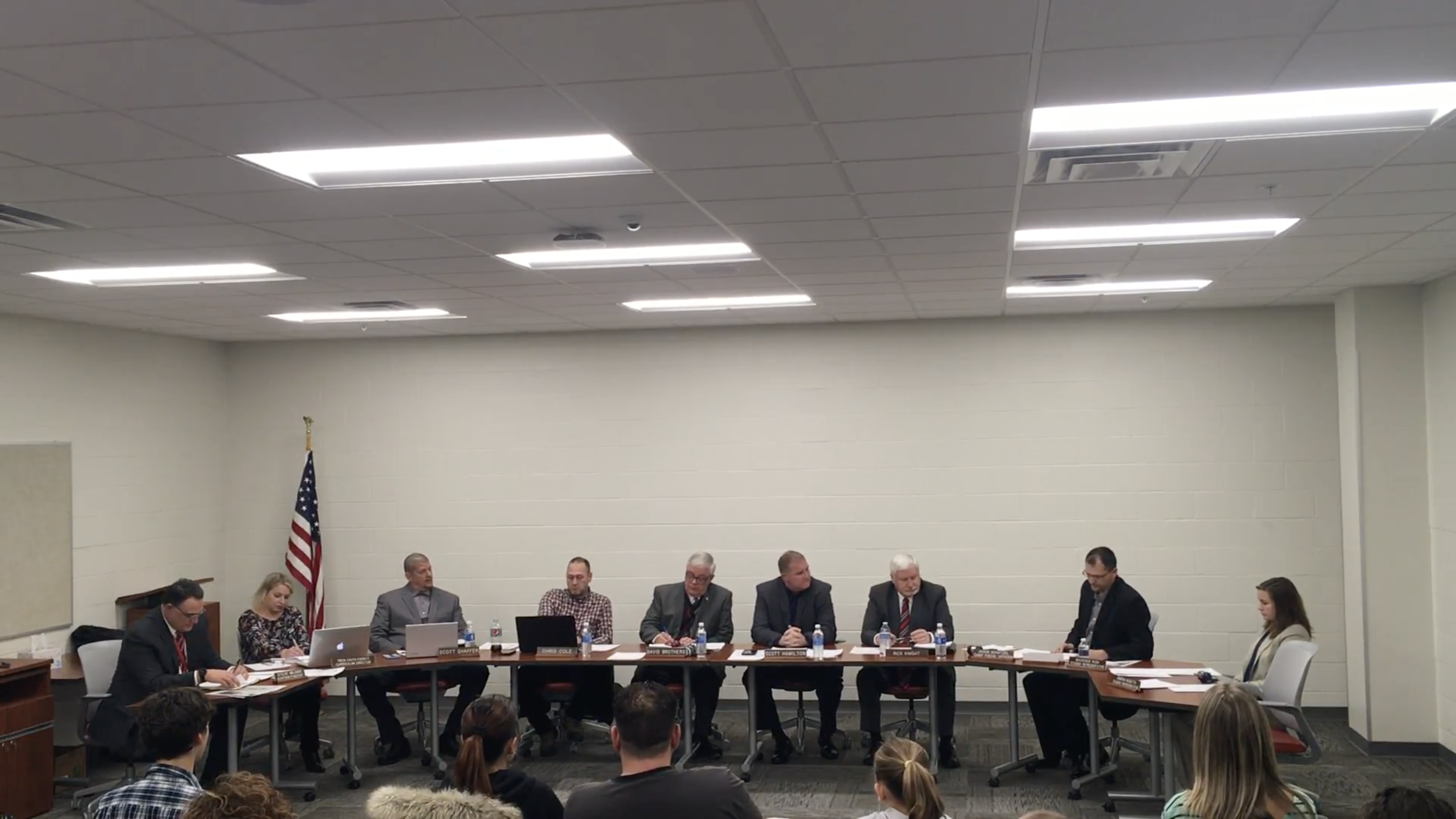 Standing up to elected officials
And FFRF pushes for elected officials, including those in the highest office, to do the right thing, like we did with a letter to President Biden urging him to incentivize vaccination mandates. 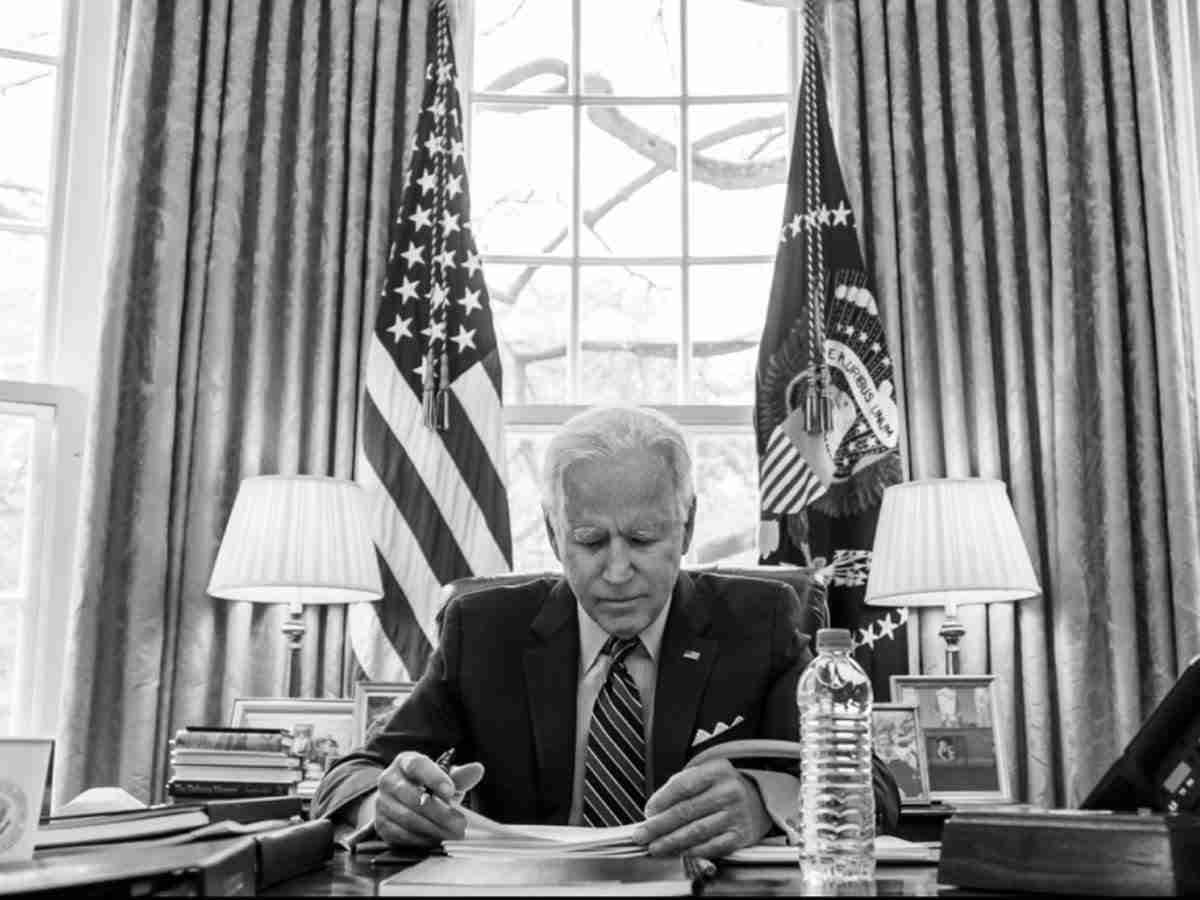 “While praising the recent federal employee and military Covid-19 vaccination mandates, these steps are still not nearly enough,” FFRF Co-Presidents Dan Barker and Annie Laurie Gaylor wrote to the president.

Speaking of Covid-19, FFRF condemned Florida Gov. Ron DeSantis’ opportunistic promotion of public funding of religious schools under the guise of permitting parents to pull children from schools requiring masking. FFRF urged the University of Wisconsin Board of Regents to show some backbone and stand up to a religiously motivated state senator seeking to undermine Covid-19 mitigation efforts. 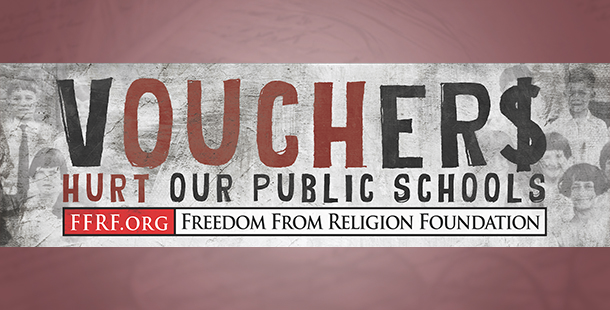 And FFRF’s reproductive rights intern wrote an op-ed that ran in the Madison-Wis., newspaper The Capital Times urging Sen. Ron Johnson of Wisconsin to respect science. In the op-ed, Barbara Alvarez tells Johnson to approve the budget that the House of Representatives recently passed, which doesn’t include religion-inspired anti-abortion provisions.

The column concludes with an appeal: “Sen. Johnson needs to do the right thing and approve the federal budget without the Hyde and Weldon Amendments.” 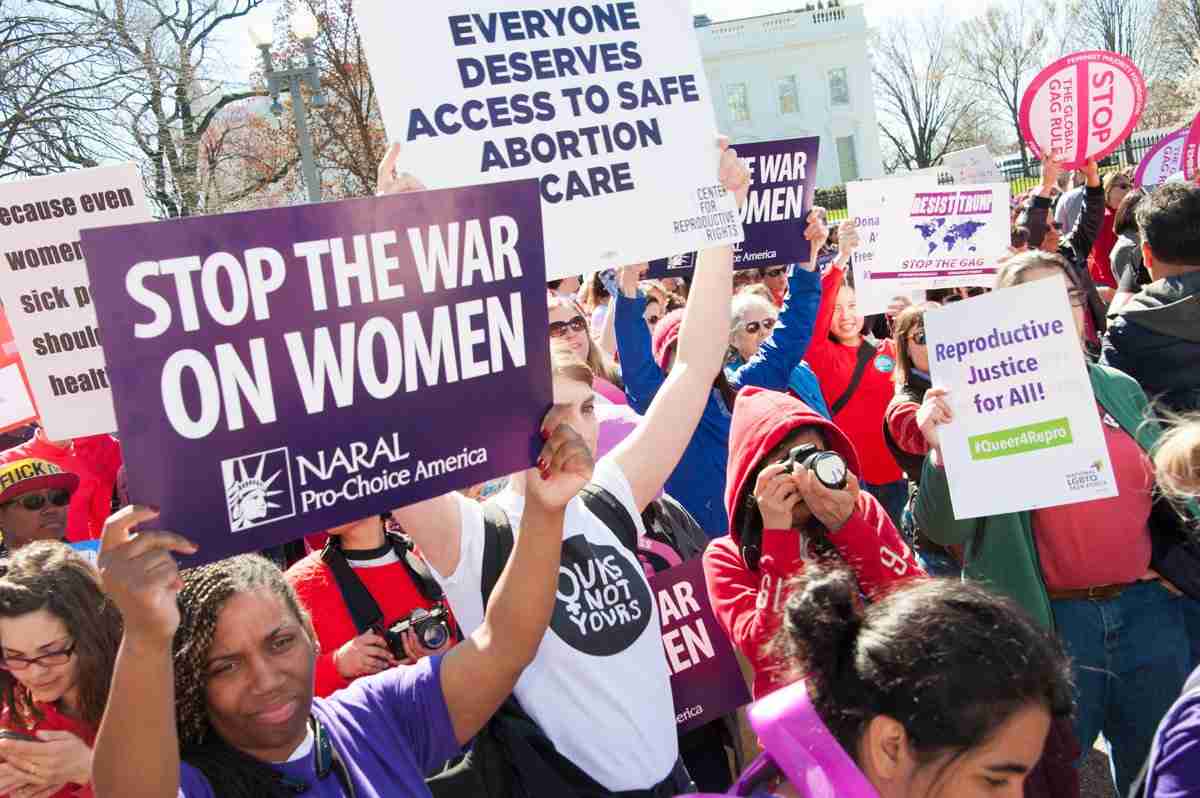 Speaking of blogs, read the blogs from FFRF Co-President Annie Laurie Gaylor on how “We need herd immunity, not herd mentality” regarding the pandemic, and from FFRF Attorney Ryan Jayne on how financial abuse is one more reason to quit the Catholic Church. 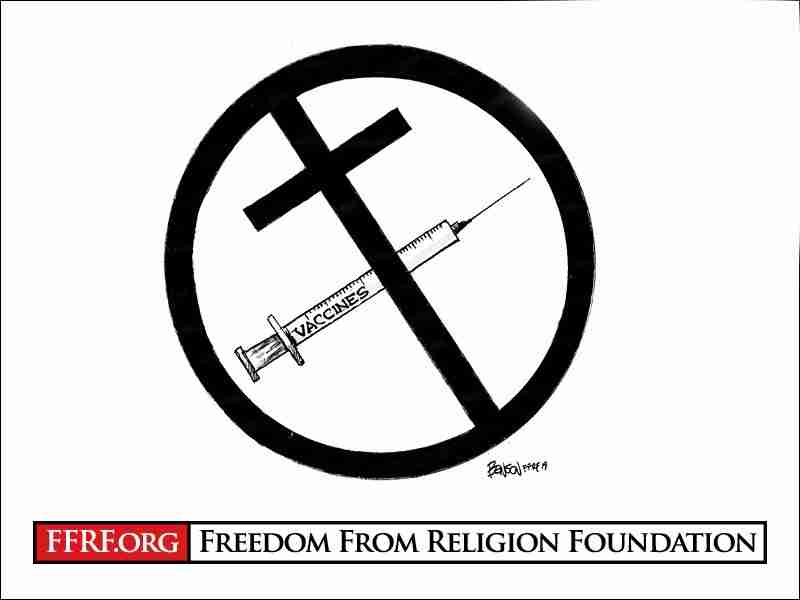 Shadow dockets, ‘prayer walks’ and blasphemy
FFRF also blasted the Supreme Court for favoring religion in shadow dockets. A recent Reuters study revealed that religious groups looking to receive special treatment related to Covid-19 restrictions were granted a win for all cases brought before the Supreme Court — with the help of the emergency voting procedure known as the shadow docket. 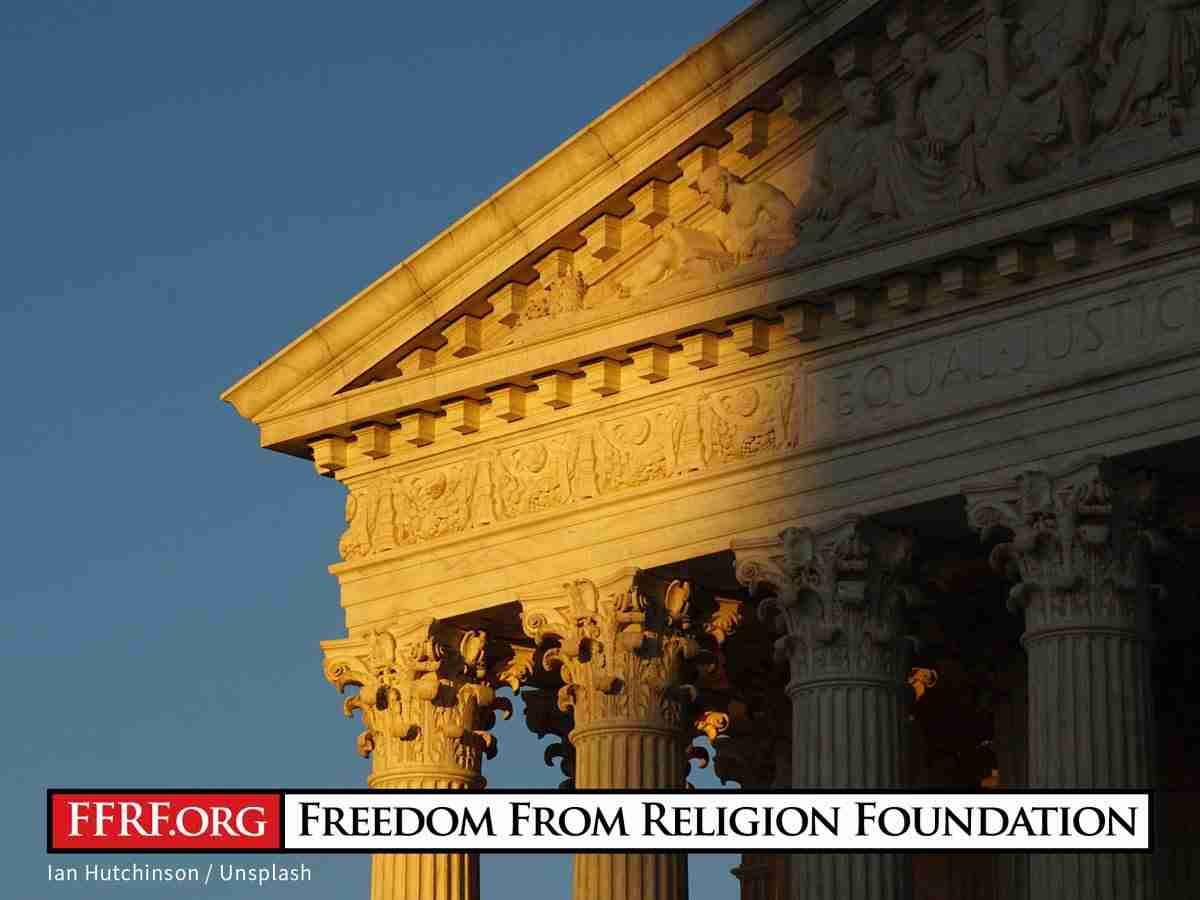 In the past 12 months, the court sided with 10 out of 10 churches or other religious entities challenging public health guidelines amid the coronavirus pandemic. Every such religious appeal to the Supreme Court through the shadow docket was decided in favor of religion.

FFRF has just released a short report itself about prayer walks in public schools, a bizarre but growing phenomenon. FFRF’s report shows why such events — typically involving religious leaders praying, sermonizing and even sprinkling “holy water” over school grounds — are constitutionally impermissible. 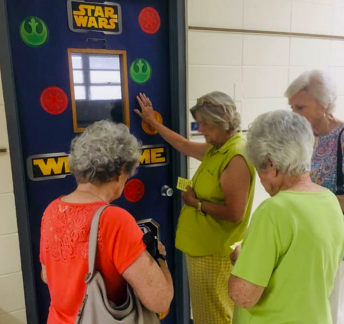 While FFRF is relieved that blasphemy charges were dropped this week against an 8-year-old Pakistani Hindu boy, the case shows why blasphemy laws must go, and why the United States needs to demand that Pakistan repeal the ignoble law. The boy was accused of urinating on a carpet in a religious library. He and his family are in hiding and under protective police custody, fearing reprisals. 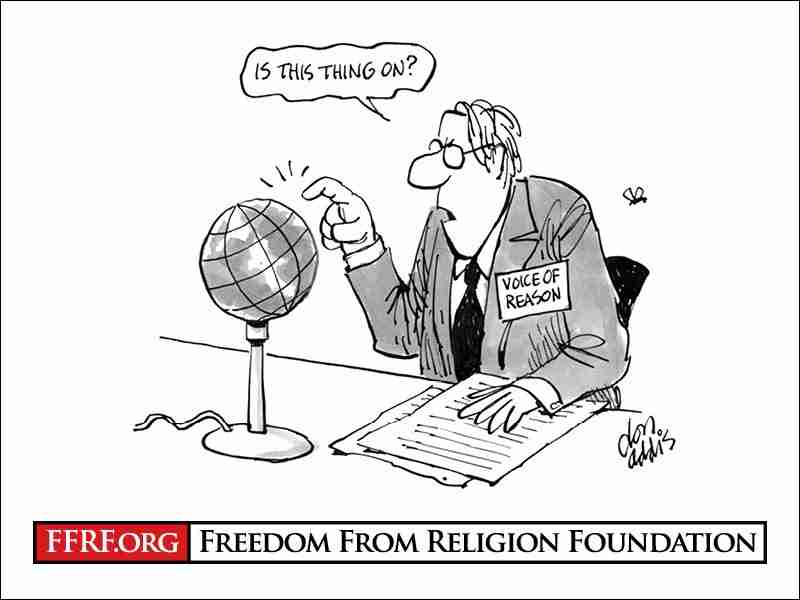 FFRF on social media, radio and TV
On FFRF’s Facebook Live show, “Ask an Atheist” this week, we talked with Barbara Alvarez about disinformation and the harm that it causes not only to reproductive rights, but also to the separation between state and church. 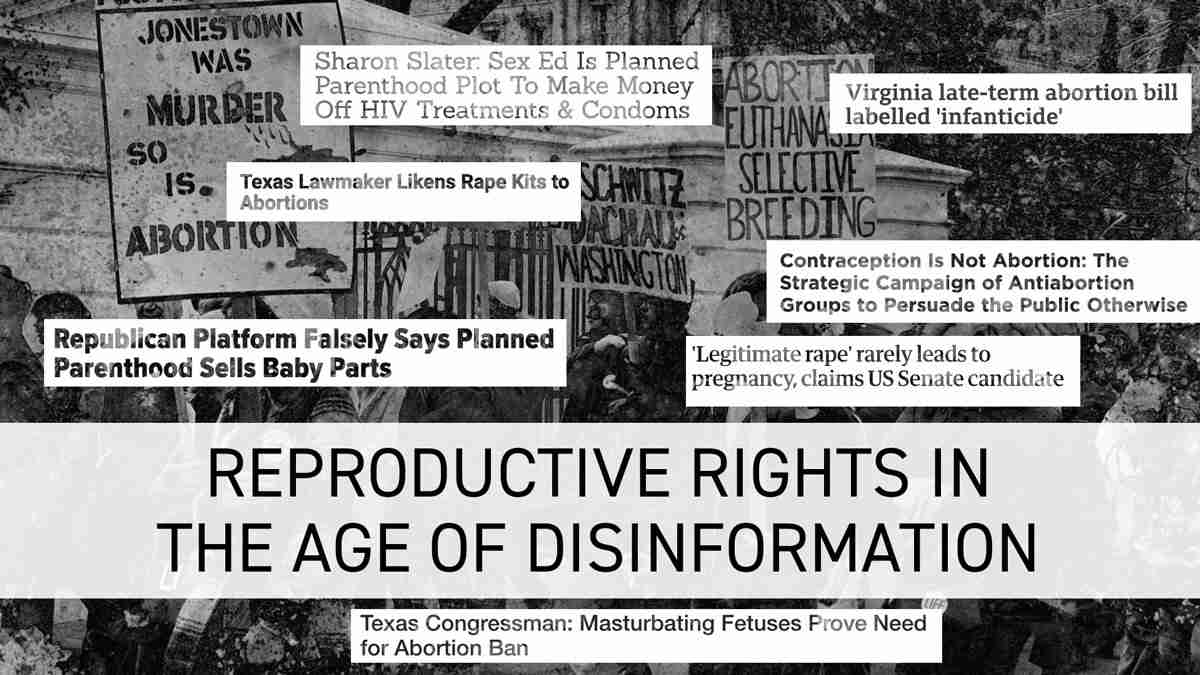 On the show last week, we were joined by Robert P. Jones, the CEO of the Public Religion Research Institute, who discussed PRRI’s impressive 2020 Census for American Religion, which shows a shrinking white Christian majority and substantial inroads for unaffiliated Americans. 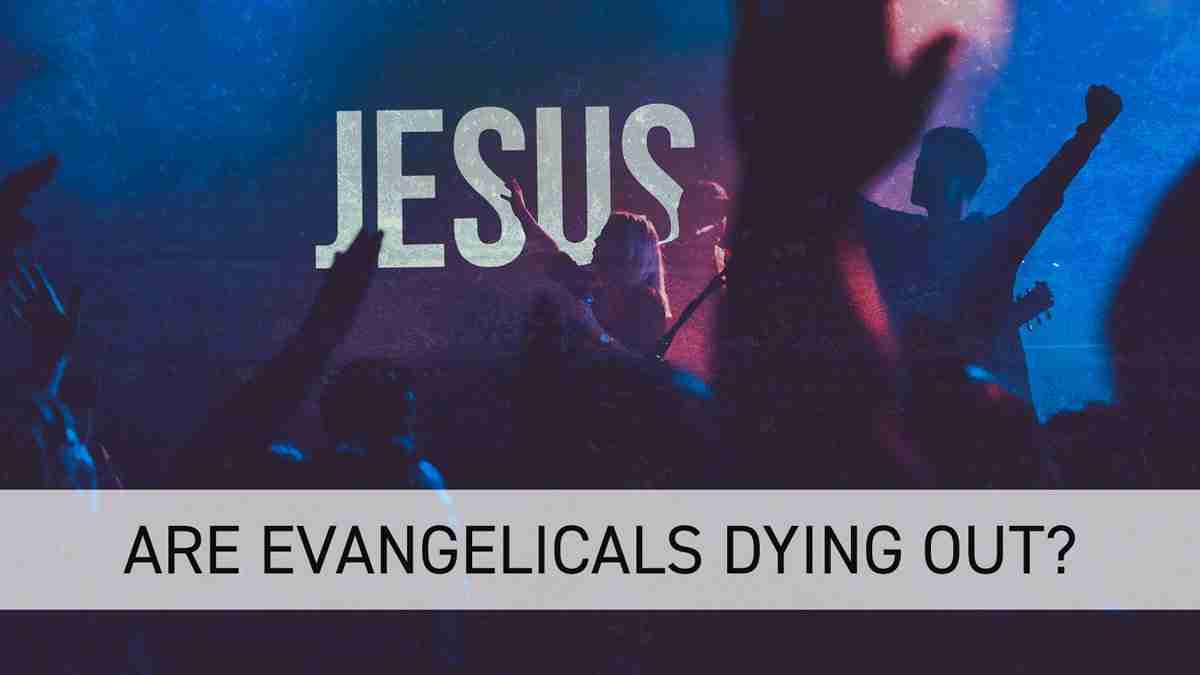 And if you didn’t tune in to listen to Freethought Radio this week or last, here’s what you missed. (But you didn’t really miss it, because you can always go here to listen to previous episodes.)

On Aug. 5, the topic was “Masks, vaccinations and religion.” And we spoke with former minister Candace Gorham, a licensed mental health counselor, about her new book On Death, Dying, and Disbelief. 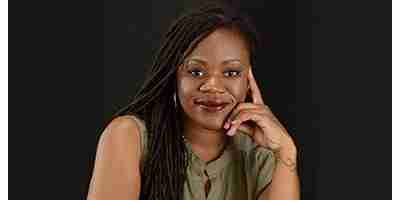 On the Aug. 12 show, FFRF Attorney Liz Cavell tells us about FFRF’s new “Prayer Walk Report.” And former African imam Mohamed Cisse tells us why he left Islam and is now a board member of the secular Clergy Project. 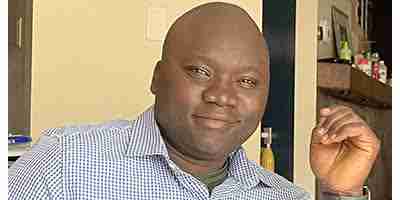 For those who are anxious for the new season of “Freethought Matters,” your wait is almost over. Beginning Sunday, Sept. 5, FFRF will be airing its weekly TV show in 13 cities around the country and on FFRF’s YouTube channel. (To view previous episodes, go to FFRF’s YouTube channel or find them at ffrf.org/freethought-matters.)

Whew! That was a lot to get through, and that was only a smattering of what FFRF has been up to these past two weeks.

Stay safe and we hope you have an enjoyable weekend! And, as always, we thank you for being a member of FFRF!

PJ Slinger, Freethought Today editor, filling in for Communications Director Amit Pal, who is on a well-deserved vacation.