Skip to content
PrevPreviousNeither snow, nor rain (nor theocrats) can deter us
NextNo More # thoughts and prayersNext

Here at the Freedom From Religion Foundation, special events help make it extraspecial at the office. This week, we lucked out.

On Tuesday, there was a special gathering (combined with a Valentine’s Day celebration) to mark the release of FFRF Co-President Dan Barker’s latest book, “Free Will Explained.” Dozens of local members congregated at the FFRF auditorium in downtown Madison to listen to Dan talk and sing about his book. 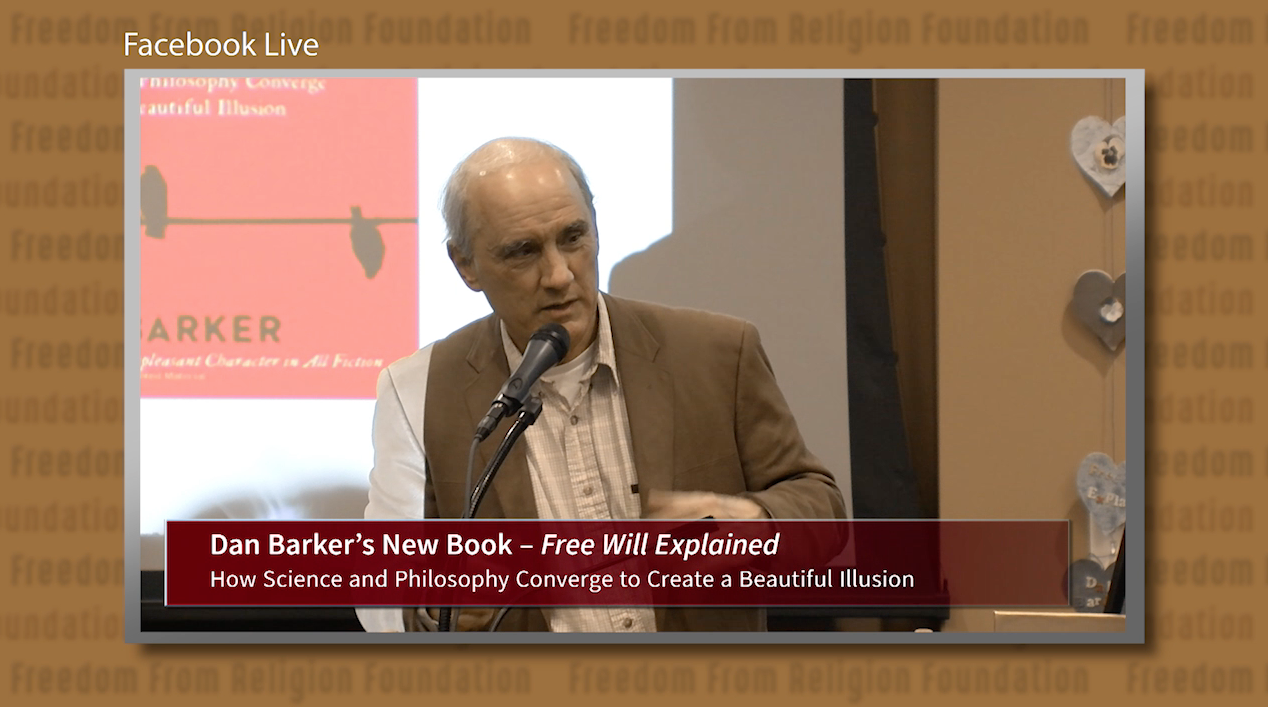 What do songs have to do with a book on free will? Watch Dan explain it all in our “Newsbite” segment or watch the entire speech here.

A brave and distinguished guest
We were also blessed (in the secular sense of the word) to have in the office this week freethinker Rafida Bonya Ahmad. For their outspokenness, Bangladeshi-born Bonya and her husband Avijit Roy were attacked in 2015 during a visit to their home country, a deadly assault in which Roy was killed and Bonya severely injured. At its convention in Pittsburgh two years ago, FFRF gave Bonya its inaugural Forward Award as a tribute to her courage. Watch for Dan and FFRF Co-President Annie Laurie Gaylor’s interview with Bonya that will be airing soon on Madison television and on YouTube as part of our “Freethought Matters” show. 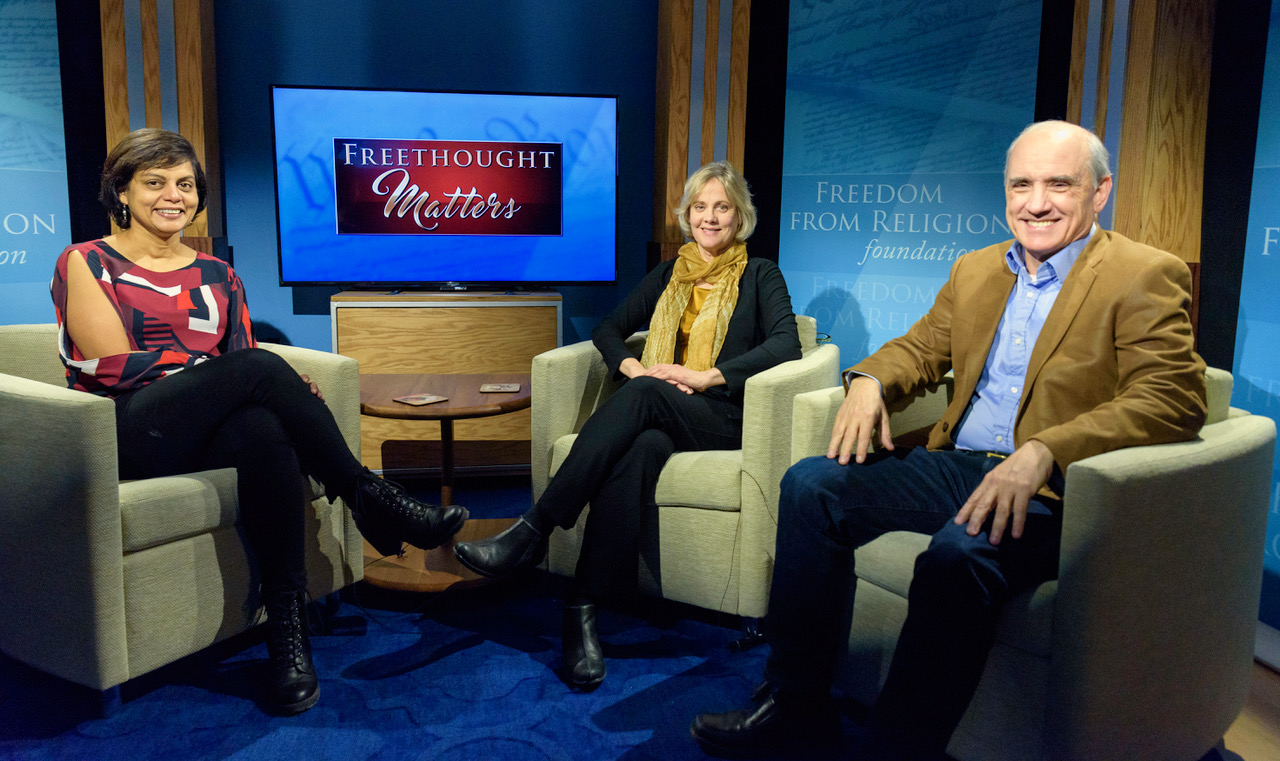 Watch our show!
This Sunday at 11 p.m., “Freethought Matters” will interview Kimberly Veal, the president of People of Color Beyond Faith, broadcasting on Channel 3 in the Madison area and uploaded on YouTube Monday. The past week, I interviewed New York Times columnist and author Michelle Goldberg on the rise of Christian nationalism and Donald Trump. Watch it here. 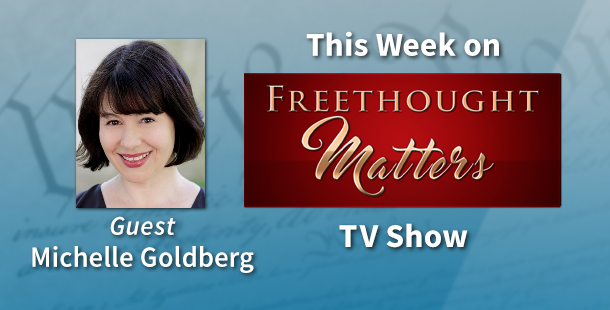 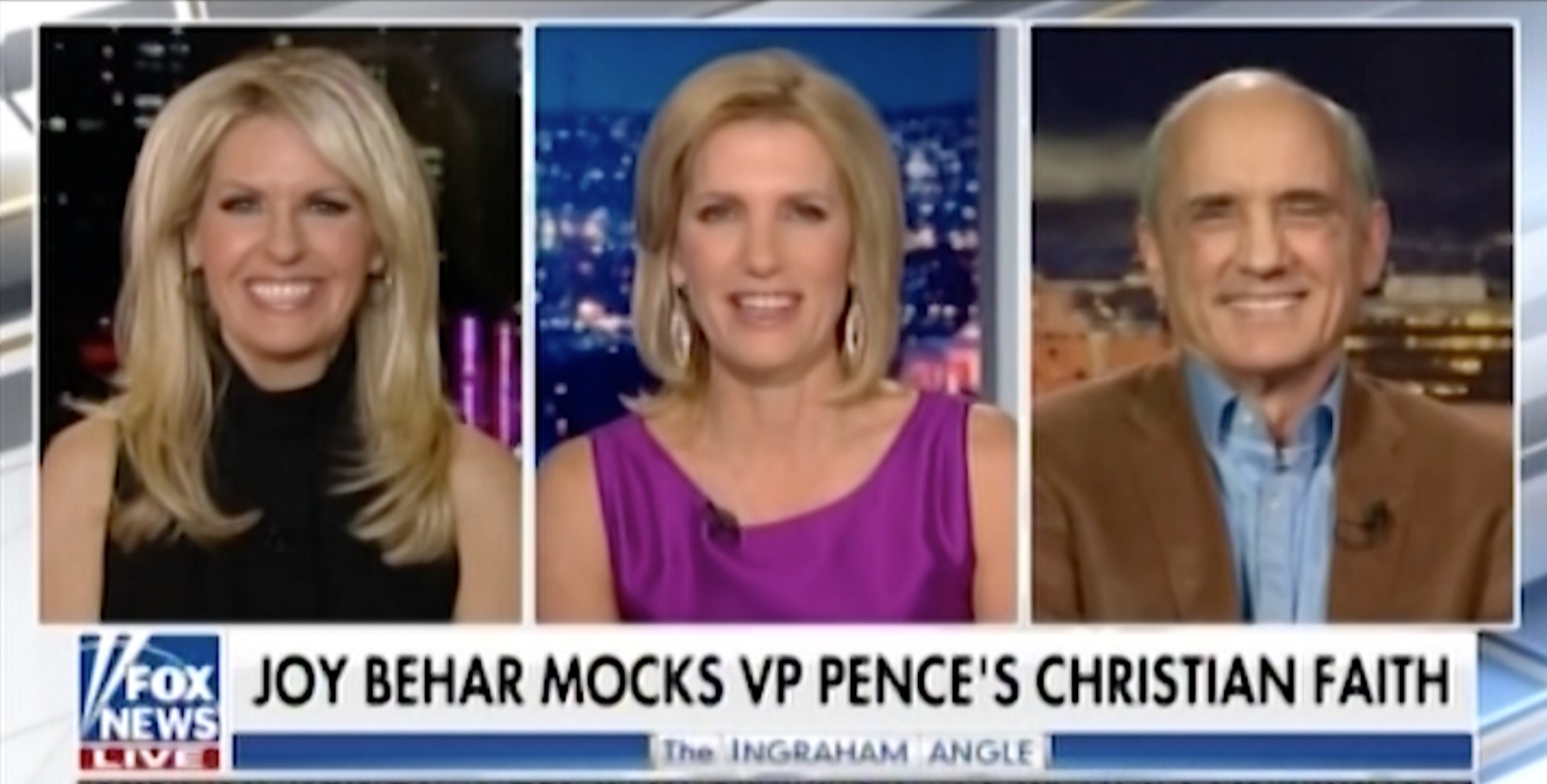 On our radio show this week, Dan and Annie Laurie discuss Pence’s delusions and then interview author Tova Mirvis, whose recently released memoir, “The Book of Separation,” is about how she left her Orthodox Jewish faith.

Pence’s boss is no better
Pence’s boss engaged in his own delusional talk at the National Prayer Breakfast last week. On our “Ask an Atheist” Facebook Live feature, we dissect Trump’s nonsensical ramblings.

Spreading freethought in the Deep South
We recently put up a second billboard in the Atlanta area to continue spreading the freethought message in the heart of the Deep South. The eye-catching panel, depicting an astronaut floating in space, reads: “In SCIENCE We Trust.” It’s a scientific counter to the ridiculous johnny-come-lately national motto that Congress inadvisably adopted in the 1950s and that appears on many Georgia license plates.

Schooling Congress — and statehouses
You might think all of this special stuff would distract us from our regular work, but it certainly didn’t. When the Trump administration’s proposed budget came out allocating hundreds of millions of dollars to benefit religious schools through vouchers, we advised Congress to dump it.

We were busy advising state legislatures, too. We asked the speaker of the Virginia House to stop utilizing state resources to recruit for his bible study sessions.

“The speaker should stop attempting to impose his religion on the entire House,” said Annie Laurie Gaylor. “He is free to say his prayers — in his own house.”

Clarifying victories
We won a couple of victories this week. When a Texas school district properly moved its graduation ceremony out of a church, we felt compelled to correct the distortions that the church’s minister was spreading. In Arkansas, we harmonized a high school’s choral area by getting biblical posters removed from there.

In the midst of all the hubbub, we were engaged in our regular mission. We strenuously objected to a chaplaincy program at an Oklahoma City school. We asked for a religious mural to be taken down from an Ohio courthouse. And in our home state, we highlighted multiple problems in a school district not too far away.

Our regular mission
Special events or regular matters — we delight in raising consciousness on all of these, and we’re able to engage in them only because of your encouragement and support.

All Articles by this author
PrevPreviousNeither snow, nor rain (nor theocrats) can deter us
NextNo More # thoughts and prayersNext