The Saudis, Pruitt, and a governor praying for snow
International, national, state and local — we’ve been clashing with theocratic governments at all levels this week here at the Freedom From Religion Foundation. And we’ve kept the organization sailing smoothly while FFRF Co-Presidents Dan Barker and Annie Laurie Gaylor have been away on a Caribbean cruise as guests of honor of the Central Florida Freethought Community. (Read about a mishap that, thankfully, didn’t end too badly on the voyage.) Next year, the chapter is organizing an excursion to Cuba!

What’s up with this medieval barbarity?
We’ve been appealing for the release of a freethinking blogger imprisoned even much further away than Cuba. Saudi activist Raif Badawi has been sentenced to a decade in prison and innumerable lashes for speaking out against his country’s medieval theocracy. What a system! What a punishment! You can help protest.

A longtime adversary
Nationally, EPA Administrator Scott Pruitt has been a major adversary. We’ve been scuffling with him ever since he was the Oklahoma attorney general, and he has especially kept our hands full since he moved to Washington. Watch FFRF Director of Strategic Response Andrew Seidel explain the mischief Pruitt has been up to, and why Andrew and Pruitt have been squaring up for years. 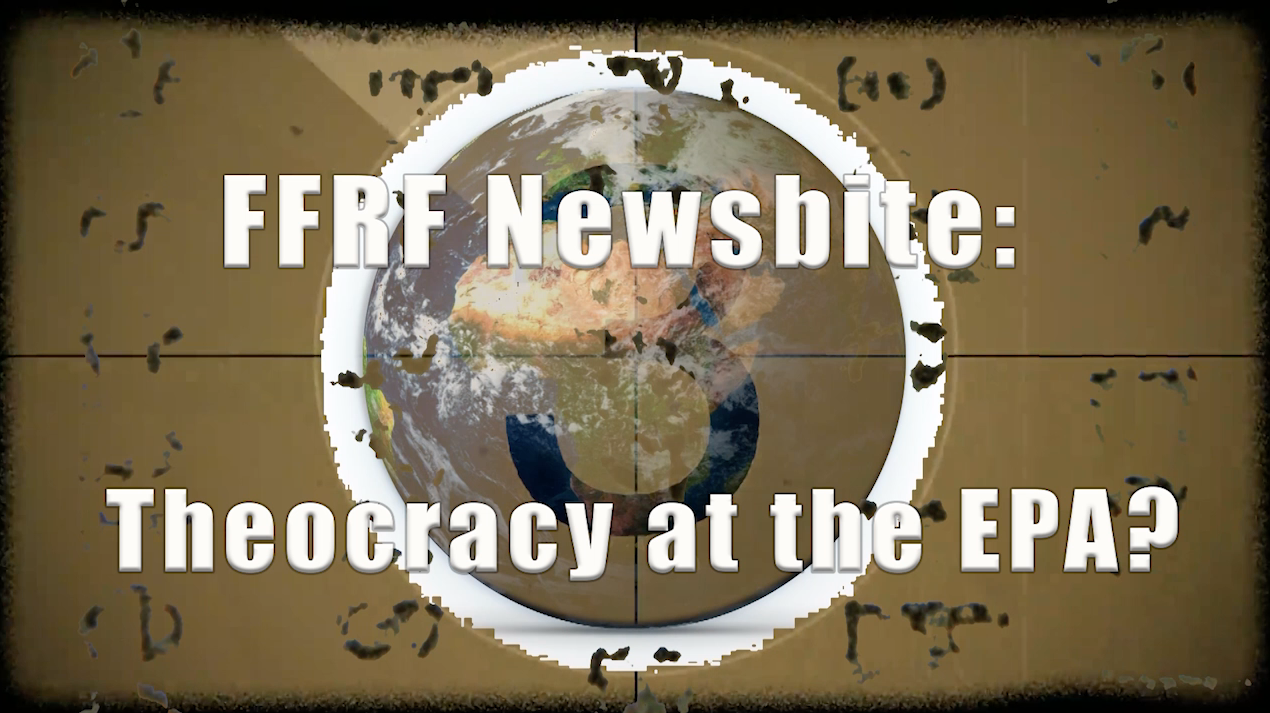 Pray, let it snow
Then, there are guys who are handing over the destiny of their entire state to a higher power — prayerful governors, in other words. Utah Gov. Gary Herbert seems to think that the solution to his state’s drought crisis is to beseech the high heavens for some snow. “If this is all the Utah governor can do, then his policy is adrift,” quips Dan.

In God We Don’t Trust
Another governor in warmer climes, Florida’s Rick Scott, seems willing to play along with an equally ridiculous idea by the statehouse: to put “In God We Trust” in every public school. That’s why we’ve beseeched our Florida members to persuade him to veto the bill.

This insidious johnny-come-lately motto has recently been making a comeback in many states, such as Florida and Alabama  Watch us discuss the history and nature of the slogan on our Facebook Live “Ask an Atheist” feature. 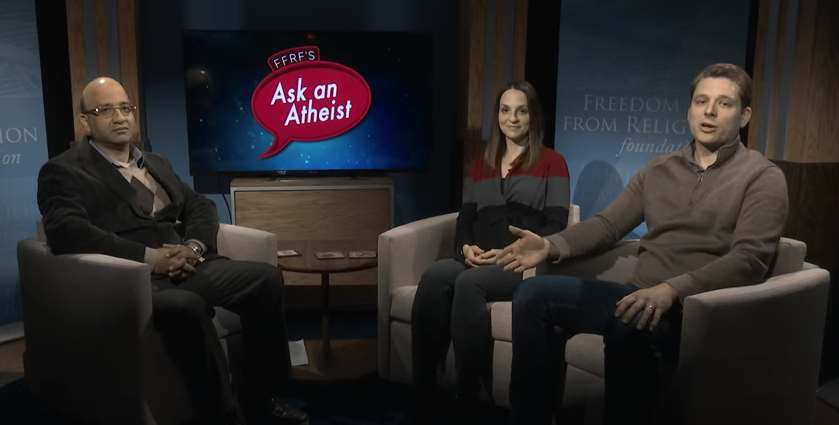 The prime mover of the Florida bill is state Rep. Kimberly Daniels, an elected official whose views are, ahem, really out there. We talk about her in our Facebook chat, and Andrew’s op-ed focusing on her was published a couple of days ago in the Orlando paper. “Daniels openly preaches her goal: to legislate in a way that brings on God’s Kingdom,” Andrew writes.

Taking a high-profile case to a new stage
At the county level, we took our high-profile legal fight in West Virginia to a new stage. We filed an appeal against a district judge’s ruling over fundamentalist bible classes taught in Mercer County elementary schools. (FFRF’s suit has halted the classes, but we’d like a permanent commitment from the schools.) We’re hoping (not praying) for a just outcome!

The thanks, my friend, is not blowing…
We had a major victory, saving a North Carolina county tens of thousands of dollars by objecting to government financing of a church mural of the Beatitudes in a complaint handled by FFRF Staff Attorney Ryan Jayne. Still waiting for words of appreciation from county officials. FFRF Senior Counsel Patrick Elliott got a Ten Commandments plaque removed from a county courthouse in the Minnesota town of Hibbing (Bob Dylan’s hometown). No thanks yet from county folks (or Dylan, for that matter).  Ryan put an end to Christian promotion in a Wisconsin classroom and FFRF Legal Fellow Chris Line a similar violation in an Alabama school. No gratefulness in these places, too. 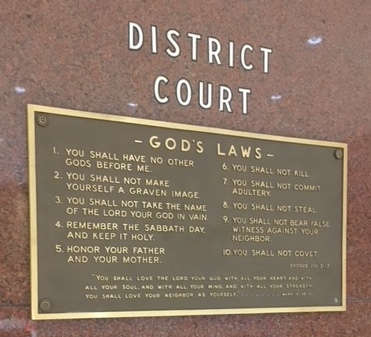 Do not go there!
Andrew has warned a Michigan town that it shouldn’t enlist the help of a theocracy-defending law firm to enable it to retain a cross on public land because in the end it’s the town that will have to pay — literally.

Thanks to our friends …
We wouldn’t be able to spar with so many entities and notch so many victories if we didn’t have some wonderful friends and allies. Among these are our Honorary President and public intellectual extraordinaire Steven Pinker. Listen to excerpts from his speech at our previous convention on our radio show this week. 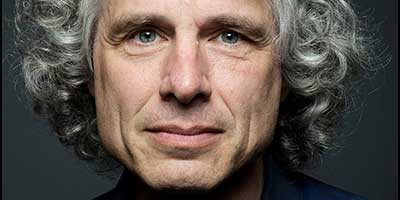 And watch “Freethought Matters” on our YouTube channel interview another convention speaker, Emmy-winning journalist and science educator Cara Santa Maria. This Sunday on the new TV show, we are interviewing freethought activist Larry Decker, the executive director of Secular Coalition of America. The show will first air on Channel 3 at 11 p.m. in the Madison area and then will be available for viewing on YouTube Monday afternoon onward. 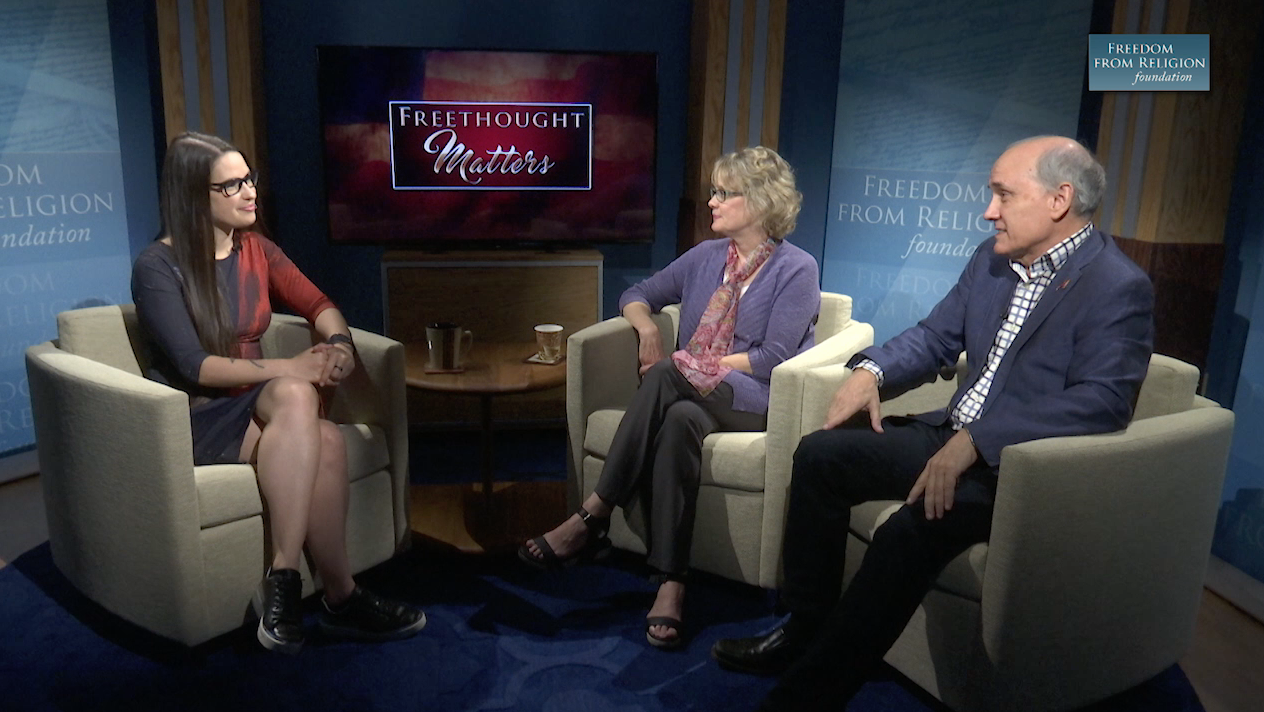 Talking of friends, we aired again on the “Rachel Maddow Show” through the week the memorable “unabashed atheist” promo that Ron Reagan recorded for us a few years ago. Thanks, Ron! And welcome to our new members.

… and especially to you
But as thankful as we are to folks like Ron, Cara and Steven, our deepest appreciation is reserved for you. Without you, none of our jousting and battling could even begin to happen.

All Articles by this author
PrevPreviousWe’re here, there and everywhere
NextSo many hostile aquatic creatures!Next