In honor of a slain Bangladeshi freethinker
This week started off with our announcement of the creation of an annual award in the name of a Bangladesh-American writer and atheist on the third anniversary of his assassination. Avijit Roy died at the hands of militant Islamists on the streets of Dhaka. (His wife, Rafida Bonya Ahmed was grievously wounded, too.)

“As Medgar Evers presciently noted before his own assassination, ‘You can kill a man, but you can’t kill an idea,’” FFRF Annie Laurie Gaylor says. “It’s vital that Avijit’s work continues so that rationalism and freedom of conscience prevail.”

Student essays and charity grants
We were also proud to announce our annual student essay awards, worth more than $30K, and through Nonbelief Relief (a charitable organization created by FFRF’s executive board) grants of $75,000 to groups for their good work around our suffering planet.

“I do not know the needs of a god or of another world,” to quote 19th century freethinking feminist Helen H. Gardener. “I do know that the needs of humanity and this world are infinite, unending, constant and immediate.”

Fighting for secular prisoners’ rights
FFRF has worked very hard within penal systems. So, it’s no surprise that we filed an amicus brief in support of a Humanist inmate in Nevada who has been denied his rights. Want to know what the fuss is about? Watch our Facebook Live “Ask An Atheist” feature. Or see FFRF Legal Fellow Colin McNamara succinctly explain it in our “Newsbite” segment. 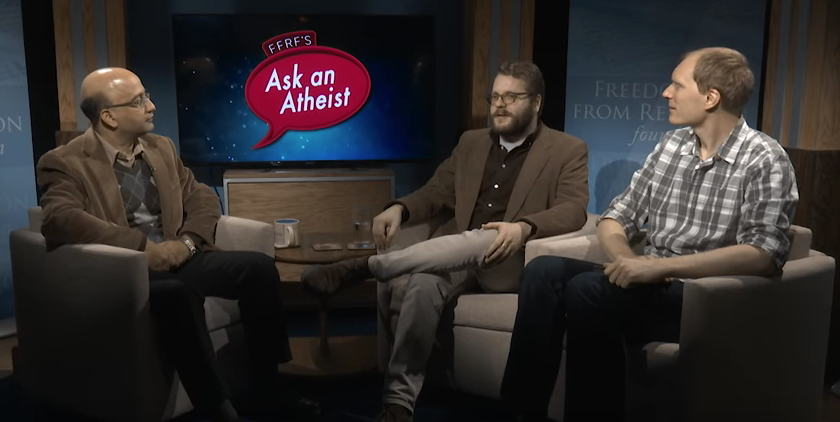 Eye-catching billboards
We also resolutely continued our freethought billboard campaign in the Deep South. We put up an eye-catching panel proclaiming “The Only Wall We Need Is Between Church & State” in the South’s most bustling metropolis. (Guess which place we’re referring to?) Two previous billboards in different locations there declared “In Science We Trust,” depicting an astronaut suspended in outer space to illustrate the slogan.

Denouncing Billy Graham and Scott Pruitt…
But we didn’t let this flurry of activity distract us from vital national issues. We denounced EPA Administrator Scott Pruitt’s use of the bible to set public policy and lambasted the many official honors being accorded to Billy Graham upon his death.

…and getting major media attention
Much to our pleasure, our objections last week to the announcement of Graham being “lain in honor” at the U.S. Capitol got a lot of media attention. CNN and The Washington Post both took note. Nice to get the freethought perspective noticed!

Too many godly states!
There was so much to deal with in so many states this week. A slew of theocratic bills wanting to impose God kept us busy everywhere from Tennessee to Florida to Oklahoma to Arizona to Arkansas. Oh, God!

Lots of local activity
And local-level matters kept us occupied, too. We convinced a N.C. courthouse to remove a religious painting, banished prayer from an Oklahoma City high school, condemned a preachy Wisconsin substitute teacher, expressed alarm at a Texas sheriff’s use of a biblical quotation on social media and consternation at an Alabama principal’s religion-fueled discrimination.

Steven Pinker and an Olympian FFRF member
Our efforts to be everywhere extend to the various broadcast realms, too. On our recently started TV show, “Freethought Matters,” we interviewed intellectual extraordinaire Steven Pinker last Sunday. The coming Sunday, we have as our guest famed feminist, writer and freethinker Katha Pollitt. The interview can be seen on Channel 3 in the Madison area Sunday at 11 p.m. and on YouTube Monday afternoon onward. For our radio show, we ventured far, far away by speaking with Olympian (and FFRF member!) Rada Owen about her memories of participating at the 2000 Sydney Olympics, as well as many other riveting experiences in her career. 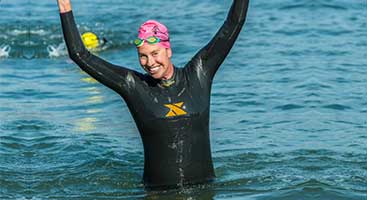 From Bangladesh to Australia, from Florida to Arizona and from campuses to prisons, we’re able to be here, there and everywhere — and all of these places due to your large-heartedness.

All Articles by this author
PrevPreviousOur Olympian spirit
NextThe Saudis, Pruitt, and a governor praying for snowNext