Neither snow, nor rain (nor theocrats) can deter us

How does that Postal Service slogan go? “Neither snow, nor rain …” Here at our Freedom From Religion Foundation headquarters in the middle of an Upper Midwest snowstorm, inclement weather hasn’t stopped us from “making our rounds.”

We launched a fresh ad blitz on Anderson Cooper’s and Stephen Colbert’s shows. Our famed Ron Reagan commercial will be running on both the highly popular programs several times this month. CBS Network censorship has crimped our reach, but hasn’t foiled us. And with it being so cold out here, we’re not averse to “burning in hell.”

We immediately reacted to President Trump’s religious bloviating at this year’s National Prayer Breakfast. “If you are a theocrat at heart (with ‘Praise be to God’ etched on it, as Trump ghoulishly put it), how can you represent a nation where religion is supposed to be separate from government?” FFRF Co-President Annie Laurie Gaylor asked.

We talked about the prayer breakfast on our radio show this week and then interviewed Muhammad Syed, the president of Ex-Muslims of North America, about the trend of Muslims leaving the faith.

When a West Virginia state senator offered ludicrous reasoning for sponsoring a bill that would mandate bible classes at all schools in the state, we promptly taught him some lessons. “Mike Azinger’s misguided reading of history and social trends reveals the wrongheadedness of the support for this bill,” we stated. 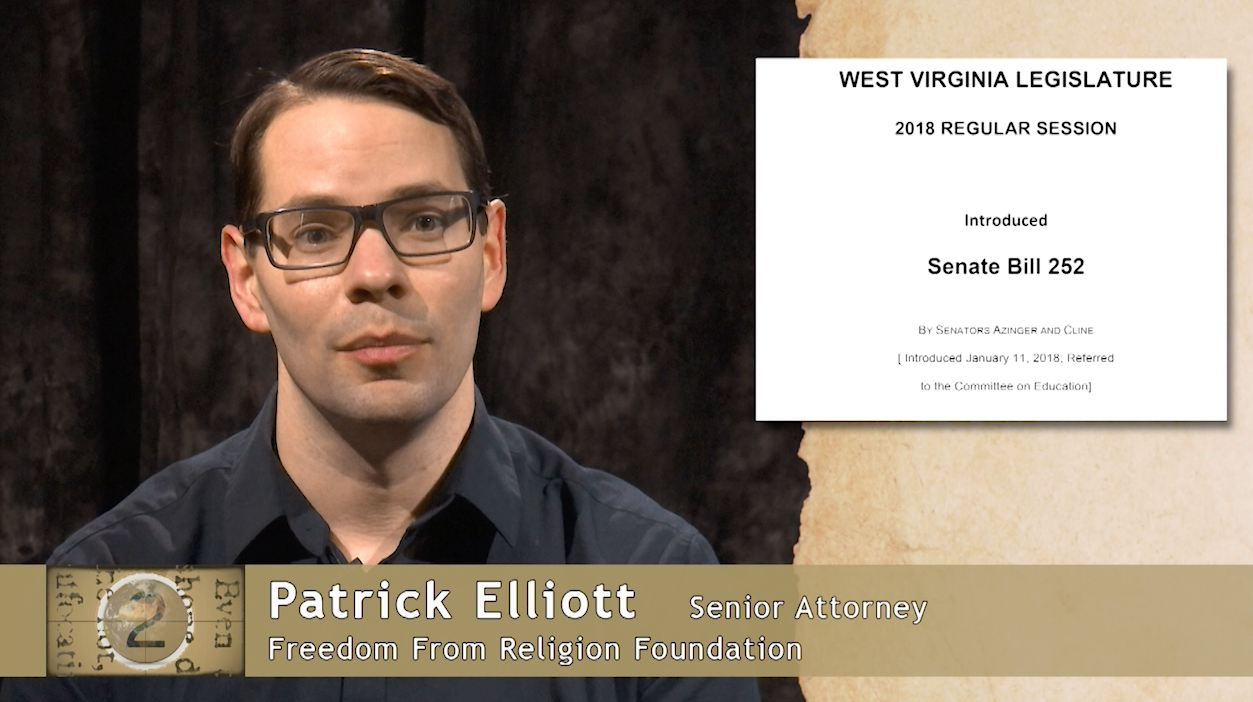 Another contentious state-level bill, in Alabama this time, aims to encourage the placement of “In God We Trust” in public buildings throughout the state. A state representative put forward the national anthem’s obscure fourth-verse mention of the motto as backing for that idea. “Congress should not only jettison the godly motto, but replace the national anthem,” Annie Laurie countered, offering “This Land Is Your Land” as an alternative national anthem.

One of our recent victories in Ohio ended up proving a longstanding point of ours: Religion is a divisive force in public schools.

Exactly our point, Mikayla! Why was prayer allowed at the school in the first place?

Dispatching our missives down South

We may not be able send our snow down South, but we’re able to dispatch a well-directed missive or two. That’s why, when the Tulsa paper unwisely berated us for nixing a police-Salvation Army tie-up, Annie Laurie quickly responded in a published letter. “Contrary to your editorial, the foundation did not prevent police officers from volunteering at the Salvation Army. They may, of course, do so on their own time and dime,” she said, adding mention of FFRF’s own charitable efforts.

From our cold surroundings here in Wisconsin, we were able to win one in warmer climes. We ended a Georgia high school marching band’s incorporation of religion into its performances.

And we sent out an objection to a Kentucky school district’s unabashed endorsement and promotion of prayer. 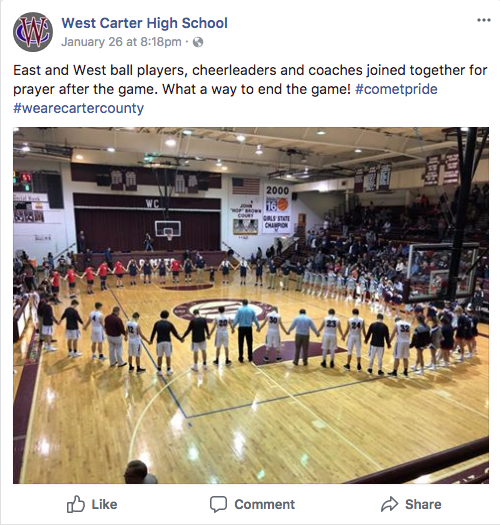 So what if it’s freezing here in Madison? In our cozy studio at FFRF’s office, we can put on our “Ask An Atheist” Facebook feature, with the presentation this week demolishing the top five myths about state and church.

Our new “Freethought Matters” TV show is going strong, rain or snow. Last Sunday, we had actress, comedian and playwright Julia Sweeney as our guest. The coming Sunday, Madison-area folks can watch author and New York Times columnist Michelle Goldberg being interviewed by me at 11 p.m. on the CBS affiliate Channel 3. (The show will be uploaded Monday on FFRF’s YouTube Channel.) 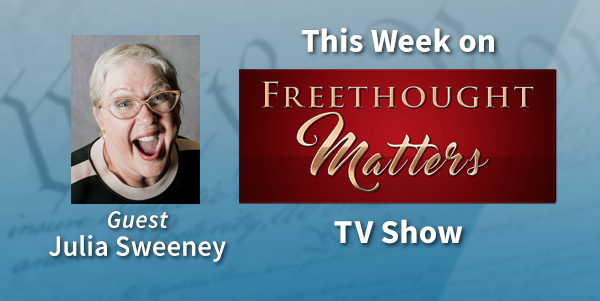 The cold didn’t deter us from sending alerts to you all, requesting you to help block a bad West Virginia bill, Hobby Lobby-style legislation in Iowa, another “In God We Trust” bill in Florida, a terrible judicial nominee, and most importantly, a FEMA rule change that will allow houses of worship to be reimbursed for disaster damage.

With all your warm encouragement and support, there’s no way we can let bad weather deter our activities on behalf of freethought and state/church separation.