Week of Action: Let’s stand up for sexual and reproductive health care 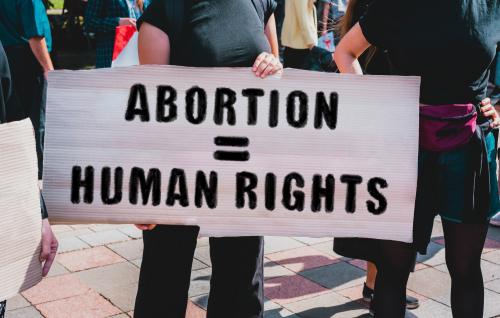 In this last week of September, I am calling on you to communicate with your friends, families and neighbors about the importance of comprehensive sexual and reproductive health care. I encourage you to use this blog post and the links within it to help guide your conversations and social media posts. This is inspired by All* Above All’s Abortion Justice Week of Action, which seeks to build a future where abortion care is available for anyone.

Sept, 26, World Contraception Day: This annual worldwide campaign is dedicated to improving awareness of contraception and demystifying different contraceptive methods. According to the Centers for Disease Control and Prevention, nearly 65 percent of the 72.2 million women aged 15-49 in the United States use contraception. However, there are many barriers to contraception access. Evangelicals have decimated contraception access on private and public health insurance plans for no reasons except ideology. The American College of Obstetricians and Gynecologists calls for an expansion of contraception on health insurance plans and over-the-counter options, increased funding for Title X programs which provide sexual and reproductive health services to low-income people, accessibility of Emergency Contraception, and medically accurate sexual health education in schools.

Sept. 27, Medication Abortion Anniversary: This September marks the 22nd anniversary since the U.S. Food and Drug Administration (FDA) first approved mifepristone, otherwise known as “the abortion pill.” Over the past two decades, research has consistently shown that medication abortion is safe and effective for terminating pregnancies. The Guttmacher Institute has found that medication abortions increased by 73 percent over nine years and serves as an option to make abortion care more accessible. And while the FDA has approved abortion pills by mail throughout the United States, Religious Right legislators have prohibited telemedicine in 19 states. We urge you to call on your legislators and demand that they liberalize the abortion pill. Learn more about freeing the abortion pill.

Sept. 28, International Safe Abortion Day: For the past two decades, reproductive health and women’s groups in Latin America and the Caribbean have been mobilizing for abortion access. Activists have been demanding that abortion be decriminalized and destigmatized and that safe and affordable abortion services be made available to the masses. These efforts have been effective as Argentina legalized abortion in 2020, and Mexico and Colombia have recently decriminalized the procedure. In 2011, International Safe Abortion Day became a global movement thanks to the efforts of the Women’s Global Network for Reproductive Rights. On this day, let people know that abortion is an extremely safe procedure. A landmark report concluded that complications from safe abortion procedures are extremely rare and that “abortion-specific regulations in many states create barriers to safe and effective care.” Furthermore, the report noted that abortion restrictions have no basis in medical research and that abortions are not connected with health risks or fertility. We need safe abortion access for all people.

Sept. 29, Advocate for Abortion: On this day, call on your community to take these practical steps for education and advocacy.

Donate to abortion funds: The Women’s Medical Fund of Wisconsin was established by FFRF’s principal co-founder Anne Nicol Gaylor. One of the oldest abortion funds in the nation, it has already provided abortion care to 970 people in just the first six months of this year. Since abortion is now banned in Wisconsin due to the reinstatement of an 1849 law, the Women’s Medical Fund is more important than ever.

Sign up for Action Alerts from Freedom From Religion Foundation so you can be part of our national and state efforts to protect the separation of state and church. Additionally, use resources and toolkits from All* Above Allfor communicating about abortion care in your community.

Sept. 30, Anniversary of the Hyde Amendment: Sadly, this is not an anniversary worth celebrating, but one that is still necessary to share because of its harmful impact on abortion care in the United States. For 46 years, the Hyde Amendment has been approved with bipartisan support in the annual federal appropriations process. Introduced by staunch Catholic Henry J. Hyde and heavily supported by the Catholic Church, the Hyde Amendment restricts funds from federal health programs and recipients, like Medicaid, the Indian Health Services Program, Peace Corps volunteers, military personnel and their families, and federal prisoners. This makes for inequitable access to abortion care for millions of people throughout the United States. Please call on your representative to end the Hyde Amendment and exclude it from future appropriations processes. Learn more about the Hyde Amendment’s religious roots.

There has never been a more crucial time to stand up for comprehensive sexual and reproductive health care. Abortion access is under attack and the future of contraception availability is on shaky ground. None of these assaults on reproductive rights or bodily autonomy reflect science or human rights. In fact, the United Nations Population Fund describes good sexual and reproductive health as a world where people have access to accurate information and safe, effective procedures and methods. We can start by defending these principles in our own social circles and at the polling place.

BARBARA ALVAREZ is a contributing writer for the Freedom From Religion Foundation. Previously she had held the role as FFRF's inaugural Anne Nicol Gaylor Reproductive Rights Intern, a program set up to memorialize FFRF’s principal founder, who was an early abortion rights activist and author of the book Abortion is a Blessing. Barbara was a major winner in FFRF’s essay competition for graduate students, writing about the bible’s role in the abortion battle.
All Articles by this author
PrevPreviousOur lawsuit and secular voter campaign, Sen. Josh Hawley and Gov. Tony Evers
NextFarewell to ‘unabashed atheist’ FFRF member Connie ThreinenNext