We can and we must make fun of faith 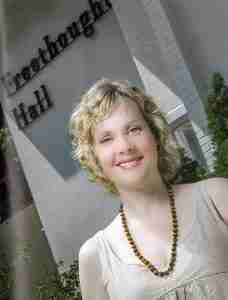 So chided Pope Francis yesterday in Manila, speaking after the terrorist murders of the staff of the French satiric magazine, Charlie Hebdo.

While claiming he wasn’t blaming the victims, that the violent attack wasn’t justified, that’s precisely what the pope was actually saying.

The pope, who’s been greeted with adulation for sounding a bit more human than his papal predecessors, has to date done nada to reform Roman Catholic doctrine. While telling church colleagues to quit obsessing over abortion, gay marriage and contraceptive messages, Pope Francis has yet to soften, much less rescind, the church’s obsession over banning abortion, contraception and marriage equality globally. He’s nothing but window-dressing.

Obviously, it’s fine for religion and its various holy books to provoke and insult others. Think of the insults to women within the covers of the Hebrew and Christian bibles and the Koran, which are handbooks for women’s oppression. Think of the barbaric injunction declaring homosexuality an “abomination” and ordering the death penalty for it: “their blood shall be upon them” (Leviticus 20:13). Think of the provocations in the Old Testament, shared in common by the Jewish, Muslim and Christian religions, which openly and often call for killing heretics, nonbelievers and apostates.

Yet Pope Francis dares call violence in the name of God an “aberration”?

One of the biggest myths on our planet is the assumption that if it’s religious, it must be good. Those of us who make known our dissent from religion are constantly being told not to criticize or offend, to shut up. Or else. The only weapons of irreverent humorists are jokes, as New Yorker cartoon editor Bob Mankoff pointed out. Now we’re being told it’s natural for a joke against religion to be met with assassination.

We have the right and in fact the duty, like the child in the fairy tale, to proclaim that the Emperor has no clothes.

In response to the terrorism against Charlie Hebdo, Steve Benson, the Pulitzer-Prize winning editorial cartoonist for the Arizona Republic, drew a cartoon with a new variation on Voltaire’s famous pledge.

The terrorist in Benson’s cartoon is saying: “I may not agree with you, but I will defend to your death my divine right to kill you.”

Annie Laurie Gaylor is co-president of the Freedom From Religion Foundation. She co-founded FFRF in 1976 as a college student with her mother Anne Nicol Gaylor. She served as the editor of FFRF’s newspaper, Freethought Today, from 1985-2009. She became FFRF co-president with Dan Barker in 2004. Annie Laurie has authored three books for FFRF: Woe to Women: The Bible Tells Me So; Woe to Women: The Bible Tells Me So; and Women Without Superstition: “No Gods – No Masters”, the first anthology of women freethinkers.
All Articles by this author
PrevPreviousCoward Donohue doesn’t understand liberty
NextArizona proposes property tax exemption for church-rented property . . . why?Next