Skip to content
PrevPreviousShame on legislators for unconstitutional prayer bill in South Carolina
NextHumility and Fear, Wisdom and Contradiction: The National Prayer BreakfastNext 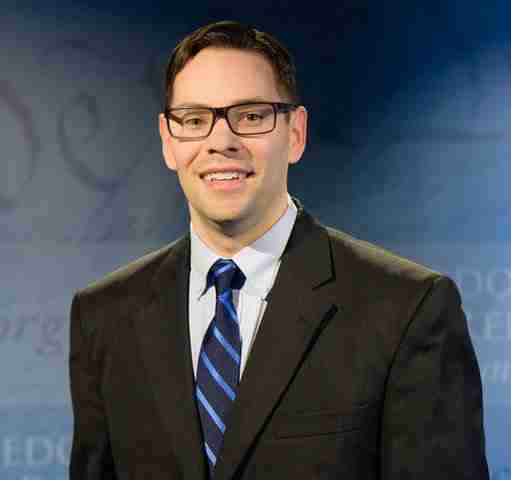 With “National School Choice Week” coming to a close, it is the perfect time to examine Wisconsin’s botched voucher program. The abrupt closure of LifeSkills Academy, a Christian school in Milwaukee, is merely a symptom of a larger problem. Wisconsin’s voucher system is broken and cannot be repaired.

At its core, the voucher system is a backdoor means to fund religious schools with taxpayer money instead of public schools. The expansion of vouchers statewide highlights this fact. All of the new schools, 25 out of 25, are Christian schools.

Notably, the one Islamic school and two Jewish schools that applied for state approval were not able to garner as many applicants as the 18 Catholic schools and seven other Christian schools now receiving taxpayer money. Only parents in the religious majority were able to send their children to a denominational “choice” school. This flawed program violates the Establishment Clause of the First Amendment and its equivalent in the Wisconsin Constitution: Article 1, Section 18.

While the legality and feasibility of statewide vouchers have not been tested, the Milwaukee Parental Choice Program has been tested. It is the longest running voucher program in the country. What have we learned? Wisconsin taxpayers are paying millions of dollars to dozens of incompetent religious schools that do not provide a comprehensive education.

LifeSkills Academy received $2.3 million in state voucher money since 2008 and shut down suddenly in mid-December. A priest in charge of the building that was rented by the school said that the school’s operators moved out “in the dead of the night.” Families of students were left scrambling to find a new school.

LifeSkills students had struggled with basic reading and math, with only one of the 56 students in grades 3-8 testing proficient in either subject on 2012 state exams. Department of Public Instruction records reveal that the school was removed from the National School Lunch Program in 2012 after serious allegations of noncompliance. Those included allegations that the school falsified records and served non-complaint meals such as ramen noodles and whole milk “cut” with water. Despite their poor operation of the Milwaukee school, Taron and Rodney Monroe opened LifeSkills Academy II in Florida last year and bragged about their ability to get government grants for religious schools.

LifeSkills Academy is merely one of many inept Milwaukee voucher schools. Department of Public Instruction testing data published last year showed that Milwaukee Public School students outperform voucher students in reading and math. Looking past the averages, the data reveals that entire voucher schools lack basic skills. Schools like Daughters of the Father Christian Academy and Carter’s Christian Academy in Milwaukee have had only one or two students in the entire school test proficient in reading or math on state exams in 2012.

It is understandable that students attending these schools are struggling, given the fundamentalist curriculum that is being taught in what are generally considered secular subjects. A profile of the 2011-12 curriculum on the Daughters of the Father website includes revisionist history lessons from a publisher of fundamentalist Christian materials, creationism instruction in science classes, and health class instruction for seventh and eighth graders on “sins such as adultery, fornication and homosexuality.”

It matters what is taught in taxpayer-funded schools. No parental “choice” on where to send a child for school should mean that all taxpayers pick up the tab for deeply flawed schooling by educators who are incompetent.

With vouchers, there are no assurances that educators are answerable to the citizens who ultimately write the checks. They are not governed by publicly elected school boards that have to answer to constituents. There are virtually no protections to ensure that students are receiving a sound education.

Voucher supporters will be unable to offer reforms that guarantee another LifeSkills Academy debacle will not happen again. Moving students around in the middle of a school year like they are chess pieces is absolutely disruptive to student learning and will continue under a voucher system.

Any additional accountability measures for voucher schools that are proposed will not fix a fundamentally broken program.

Patrick Elliot, the Foundation's Senior Litigation Counsel, hails from St. Paul, Minn. Patrick received a degree in legal studies and political science from the University of Wisconsin-Madison (2005). He attended the University of Wisconsin Law School and received his Juris Doctor in 2009. He joined FFRF as a staff attorney in 2010. Patrick oversees litigation for FFRF, including important First Amendment cases involving religion in schools, religious displays, and free speech violations. Patrick is admitted to practice in Wisconsin, Minnesota, the U.S. Supreme Court, and many federal district and circuit courts around the country. Patrick has served as the Chair of the Civil Rights & Liberties Section of the State Bar of Wisconsin (2020). He has helped plan and present educational programs for lawyers on civil rights issues.
All Articles by this author
PrevPreviousShame on legislators for unconstitutional prayer bill in South Carolina
NextHumility and Fear, Wisdom and Contradiction: The National Prayer BreakfastNext