Skip to content
PrevPreviousGetting through the night without religion
NextBlack robes, not white coatsNext

We at the Freedom From Religion Foundation focus on a variety of issues that the separation of state and church has an impact on, and this week proved especially busy in that way.

We cheered abortion access ballot victories on Election Day, since organized opposition to abortion is religion propelled. Abortion access received solid backing in ballot measures in California, Montana, Michigan, Kentucky and Vermont, demonstrating that it has support across political lines.

In fact, we took stances on Election Day referenda in more than a half-dozen states. An initiative to place a state Religious Freedom Restoration Act in the Arkansas Constitution that FFRF opposed failed, much to our delight. FFRF’s Strategic Response Team will continue to monitor electoral measures and legislation that affect our members.

A traditional concern of ours around election time has been partisan church electioneering, and FFRF Attorneys Liz Cavell and Chris Line discuss this important issue on our Facebook Live “Ask an Atheist” feature this week. 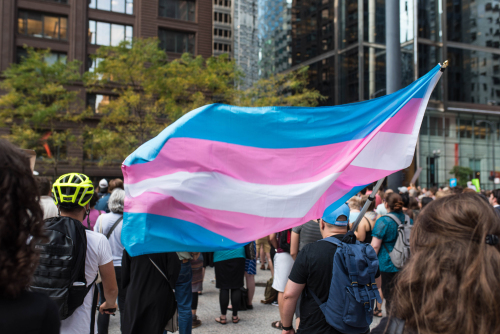 We signed on to an amicus brief that the National Women’s Law Center has filed before the 7th U.S. Circuit Court of Appeals challenging a new Indiana law that discriminates against transgender school athletes. “We clearly see that these discriminatory laws are driven by religious ideology,” comments Dan Barker, FFRF co-president.

The murderous Iranian regime needs to be condemned
Our concern for women’s rights extends globally. That’s why we’re calling for an international outcry against Iran, whose Parliament has overwhelmingly voted to use the death penalty against the country’s remarkably brave protesters, more than 14,000 of whom are in detention, for demonstrating against the mandatory hijab. “Iran is an object lesson in why we must combat theocracy,” says FFRF Co-President Annie Laurie Gaylor. We offer a way for you to contact your member of Congress to ask them to support a resolution about Iran.

Reproductive health depends of true religious freedom
As part of our concern about women’s rights, we have an expert covering reproductive rights in this country, and this week FFRF Contributing Writer Barbara Alvarez uncovers an important truth: Reproductive health depends on religious freedom. “Given the myriad religious takes on abortion, why should the Christian nationalist doctrine take legal precedent over not only science, but also other religious (and nonreligious) convictions?” she asks.

A “Star Trek” legend on our Sunday TV show 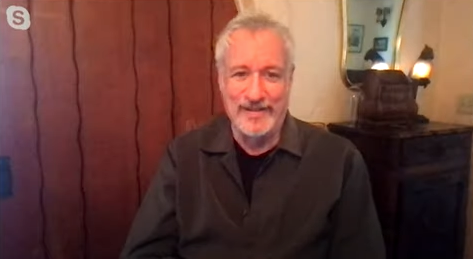 Actor, director, writer and producer John de Lancie, a friend of freethought who is best known for portraying Q on “Star Trek,” including the current “Star Trek: Picard,” is the guest on our “Freethought Matters” show this Sunday. De Lancie talks about the enduring cultural impact of “Star Trek,” including on humanism. You can already watch the show on our YouTube channel. Or find out where you can catch it Sunday.

A new off-Broadway play about unbelieving clergy
On our radio show this week, Dan and Annie Laurie speak with playwright Marin Gazzaniga and qualitative researcher Linda LaScola, producers of the new off-Broadway play “The Unbelieving,” about clergy who no longer believe in God. (Dan was in New York over the past weekend to do a talkback after a performance.) If you’re in the area, this is the last week to see the play, which is running only through Saturday, Nov. 19. Get info and tickets here. 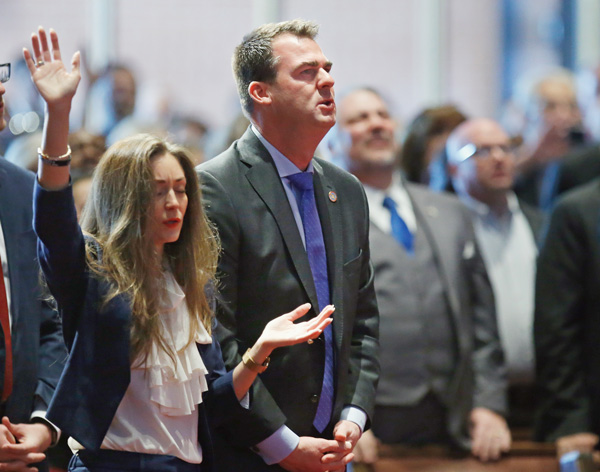 We did straight up state-church work this week, too. We objected to Oklahoma Gov. Kevin Stitt’s recent over-the-top sectarian religious remarks in which he claimed “every square inch” of Oklahoma for Jesus. Almost one-fifth of Oklahomans are unaffiliated with religion and another 2 percent belong to non-Christian faiths. When Stitt does his Jesus thing, he turns Oklahoma nonbelievers and non-Christians into second-class citizens — and that is not OK.

So many award-winning young freethinkers!
We formally publicized a bunch of young award recipients this week. We were delighted to make public the names of the three winners of the Diane and Stephen Uhl Essay Competition for Law School Students, with a total of $9,000 to the winners. We proudly announced a total of $17,650 in award money for 10 top winners and 11 honorable mentions of the 2022 Cornelius Vander Broek Graduate/Older Student Essay Competition. And we awarded $19,500 in First in the Family Humanist Forward Freethought scholarships to six students selected by Black Skeptics Los Angeles (BSLA), an African American humanist-atheist organization.

“As secular youth, we are often seen as rebels or deviants by our families,” says Kaylin Nelson, one of the Forward scholarship recipients. “When I struggled with mental health issues in the past, I was often told to just pray. With the help of this scholarship, I want to provide mental health services that rely on methods other than religion and fear.”

Getting through the night without religion 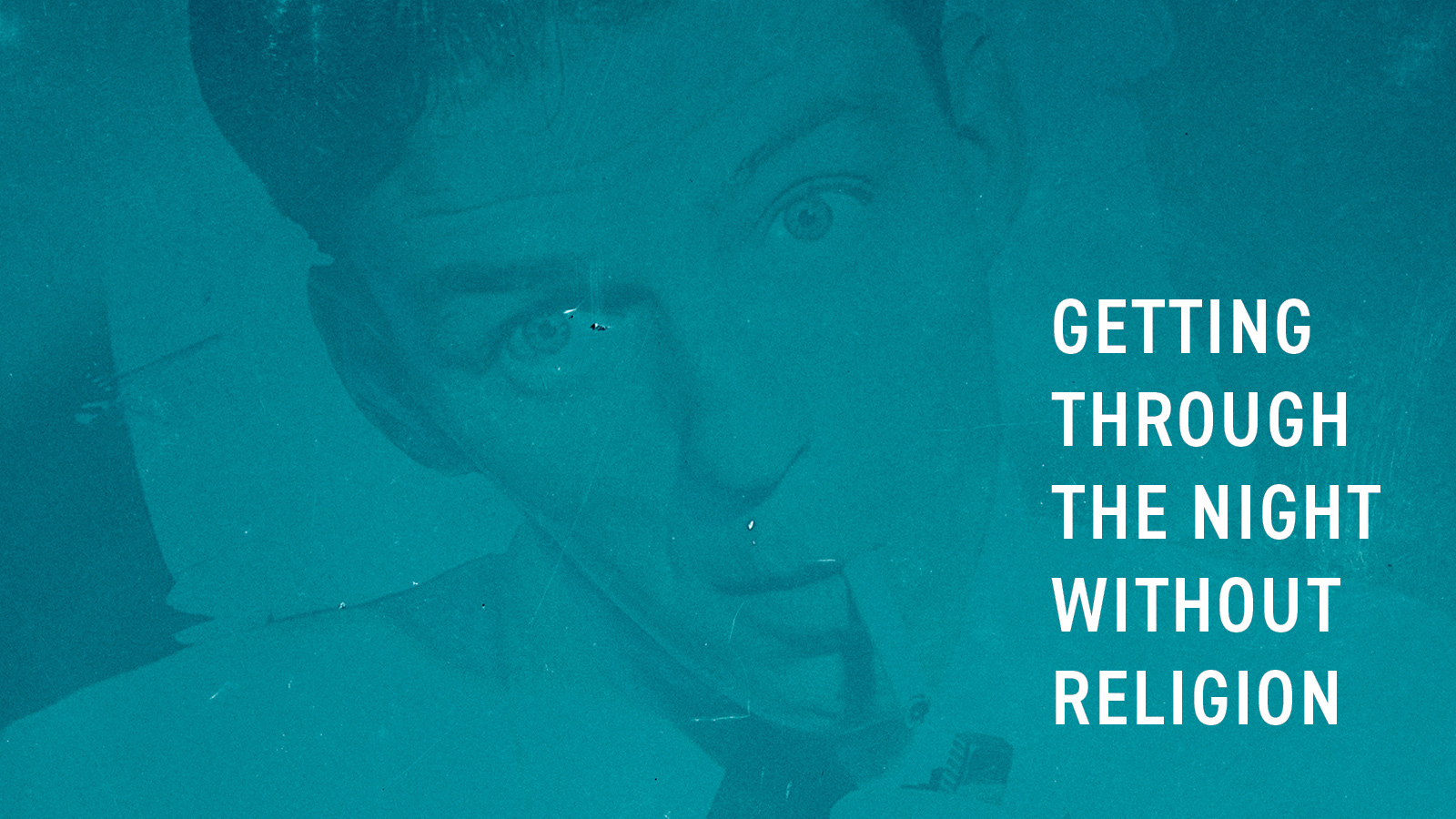 Freethinking writer Jim Haught offers a typically delightful take on getting through the night without religion.

“A freethought group once posted the online motto: ‘We are not alone in the universe. We have each other,’” he concludes his piece. “Together, we can make it through the night without supernatural help.” 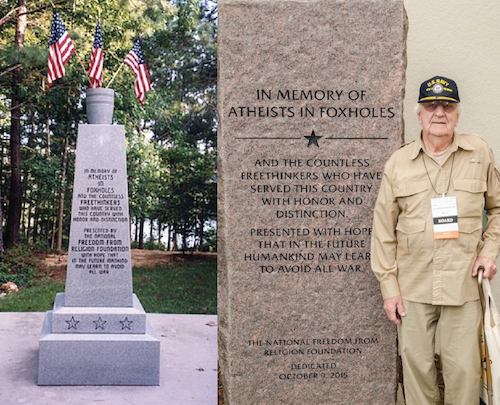 On the occasion of Veterans Day today, we’re encouraging Americans to honor all veterans — including “atheists in foxholes” and other freethinkers who have served our country with valor and distinction. Veterans, their families and active duty freethinkers are most cordially invited to visit and contemplate FFRF’s “Atheists in Foxholes” monument at its office in downtown Madison, Wis., which honors freethinking veterans and their service.

With your help, we’re always working, among many other things, to ensure that the contributions of freethinkers in all walks of life gets recognized.

AMITABH PAL is the Communications Director of FFRF. Prior to joining in February 2016, he was the Managing Editor of The Progressive magazine for more than a decade. He was also the editor of the Progressive Media Project, an affiliate of The Progressive that sends out op-eds through the Tribune Wire Service to hundreds of newspapers in the United States and other countries. Pal has appeared on C-SPAN and BBC and television and radio stations all over the United States and abroad. His articles have been published in school and college textbooks in the United States and Australia. Pal teaches a course at Edgewood College in Madison, Wisconsin. He has a Master's in Journalism from the University of North Carolina and a Master's in Political Science from North Carolina State University.
All Articles by this author
PrevPreviousGetting through the night without religion
NextBlack robes, not white coatsNext