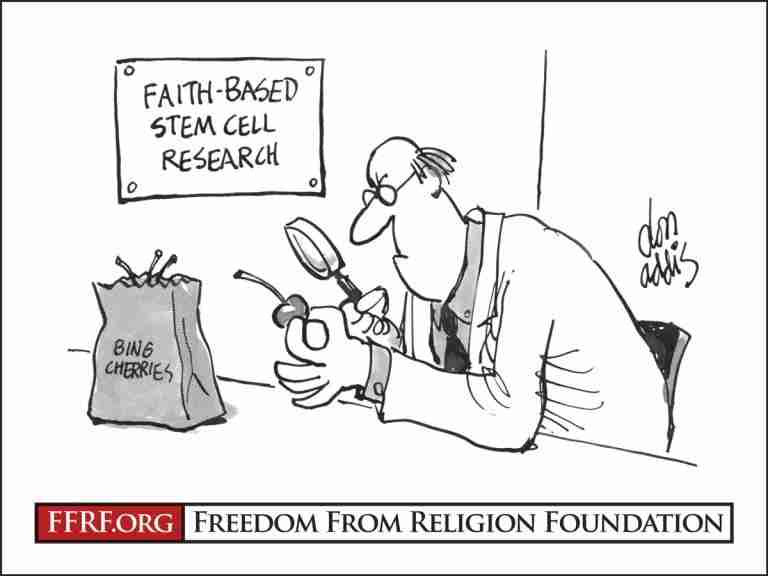 The Catholic Church admonishes that abortion is a grave sin. In fact, the Catholic Church is so against women’s bodily autonomy (or what it calls “legalized murder”) that women who have abortions can be excommunicated. However, this sanctimonious position on reproductive health seems to expire when there’s a benefit for the Catholic Church, such as in the case of vaccines.Vaccines, including the COVID-19 vaccine, are often made by growing viruses in cells originally obtained from aborted fetuses. Pope Francis, a former chemist, undoubtedly understands the science behind vaccinations. For that matter, he probably understands the medical reasons for abortions. Yet he and the exclusively male leaders of the Catholic Church pick and choose when science is permissible and when it is vilified.

This hypocrisy was on full display on Dec. 21 when the Vatican issued a statement that it is “morally acceptable” for Roman Catholics to receive COVID-19 vaccines derived from cell lines from aborted fetuses. At the same time, the Vatican stated that this was not a “moral endorsement of the use of cell lines proceeding from fetuses.”  According to the Catholic Church, abortion is worthy of excommunication . . . unless it will get people back in pews.

This hypocrisy is in step with the actions of the Church throughout the pandemic. While receiving over $1.4 billion (possibly as much as $3.5 billion) in U.S. governmental coronavirus aid — after demanding a special exemption from federal rules disqualifying employers with more than 500 workers — the Catholic Church has hardly been a defender of human life. In fact, while cases continue to surge, archbishops have encouraged parishioners to return to the pews and dioceses have claimed that “six months is a long time and we need to get back to it.”

Catholic officials are also legally challenging stay-at-home orders as they apply to churches, notably persuading the Supreme Court to enjoin New York Gov. Andrew Cuomo’s emergency orders and suing in multiple other states over church or parochial school closures, including in FFRF’s home state of Wisconsin.

It is important to note that the anti-abortion statements come from Church leadership; they do not reflect the reality of many practicing Catholics. For example, a Pew Research study found that more than half of U.S. Catholics believe that abortion should be legal in all or most cases. Additionally, Catholics for Choice, a reproductive rights organization, fights to change the hierarchal culture of Catholicism by fighting for abortion rights. For example, the organization has supported the Equal Access to Abortion Coverage in Health Insurance (EACH Woman) Act.

However, until the Catholic Church disavows its anti-woman culture, Church leadership will continue to impose its skewed standards for acceptable medical intervention: If a vaccine that is derived from aborted fetuses will slow the pandemic and get people back to church, science is permissible. But if a woman wants to make her own reproductive health choices, she is worthy of condemnation. To the Catholic Church, human life is sacred only under the circumstances that they deem acceptable.

BARBARA ALVAREZ is a contributing writer for the Freedom From Religion Foundation. Previously she had held the role as FFRF's inaugural Anne Nicol Gaylor Reproductive Rights Intern, a program set up to memorialize FFRF’s principal founder, who was an early abortion rights activist and author of the book Abortion is a Blessing. Barbara was a major winner in FFRF’s essay competition for graduate students, writing about the bible’s role in the abortion battle.
All Articles by this author
PrevPreviousThe Trump administration’s skewed outlook on winning
NextLuminaria enlightens onlookers about real reason for the seasonNext