Skip to content
PrevPreviousWelcome to the fight: religion should not trump the law
NextEqual Marriage, Religion, and the Argument from TraditionNext

There is a lot of talk about how Religious Freedom Restoration Acts, like those in Indiana and Arkansas, differ from state to state and how they differ from the federal law. Debating these nuances misses the larger point: every RFRA is misguided. Religion’s interplay with the law is not always a black and white issue, it looks more like this gradient: 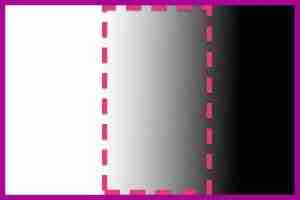 It’s difficult to put the dividing line in one place. The First Amendment draws the line somewhere in that box—in the gray area.  Lawyers plague our country because there is so much gray. That’s what we argue about. But if you look at the black and white law on either side of that enclosed gray, two things become clear.

First, the freedom to believe anything is absolute but the freedom to act on those beliefs is not.  In his letter to the Danbury Baptists, Thomas Jefferson put it like this, “the legitimate powers of government reach actions only, & not opinions.” Biblical literalists are free to believe that snakes can talk or that gays should be killed (even though the former is pathetic and the latter is pathological). But they are not free to act on that belief. The law prohibiting murder applies to everyone, regardless of their personal religious beliefs.

Of course, Christians are free to run their private lives—those actions that don’t impact others—as they see fit. They can avoid the LGBT crowd, protest with Westboro Baptist Church, whatever. The moment a Christian’s religion harms someone else, it should be subject to the law.

These are the principles our secular Constitution lays out. Not every real world instance will be as obviously wrong as murdering people based on their sexual orientation. Some will be in that gray area, but most of the issues are clear under our Constitution. If your religion is incidentally burdened by a neutral law that applies to everyone, tough. No one gets special treatment.

So neutral, generally applicable laws that incidentally burden someone’s ability to exercise their religion are perfectly permissible. In fact, these laws are necessary to the normal functioning of society. We ought to expect these laws.  Government’s chief purpose is to make and enforce such laws. And that is all the Supreme Court said back in 1990 when it decided the case that launched the RFRA fad.

Two peyote-smoking practitioners of Native American religion were fired from their job as drug counselors and ruled ineligible for unemployment benefits because they were using peyote. They challenged the denial, claiming that their religion made them smoke peyote so the state could not punish them for exercising their religion. The Supreme Court, in Employment Division v. Smith (1990), upheld the denial of benefits because the law was not “prohibiting the exercise of religion,” the religious burden was “merely the incidental effect of a generally applicable and otherwise valid provision.”

Religious hysteria exploded after the Smith decision,so Congress passed RFRA: a superstatute that effectively amends every other federal law. RFRA acts as a constitutional amendment without the hassle of going through that process. The federal RFRA says: “Government may substantially burden a person’s exercise of religion only if it demonstrates that application of the burden to the person— (1) is in furtherance of a compelling governmental interest; and (2) is the least restrictive means of furthering that compelling governmental interest.”

Those three concepts—burden, compelling governmental interest, and least restrictive means—appear in every single RFRA. Congress’s, Indiana’s, Connecticut’s, Virginia’s, Arkansas’s. All of them. They are far more alike than they are different.

This brings us back to line drawing. The First Amendment narrows where the line can be drawn to somewhere in the gray. It rejects the chaos-inducing absurdity that allows any individual to exempt themselves from laws simply because of their religion. Now imagine that Congress picks up that line and moves it into the sea of black. That’s RFRA. It takes the line, and moves it to where it absolutely should not be: 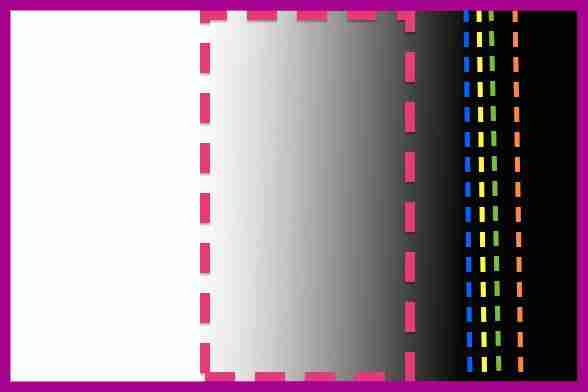 States began to follow suit.  Nobody’s line is in precisely the same spot.  But they are all clearly in the wrong place. Trying to parse the assorted RFRAs and what they allow or prohibit is like trying to differentiate between different shades of black. It’s fruitless.

In sum, all the state RFRAs do precisely the same thing: they elevate one individual’s personal religion above the law. After the Hobby Lobby decision, individuals can even use their multi-billion dollar corporations to impose their religion on employees in spite of the law. Hobby Lobby pushes all those lines farther right—deeper into the black. The several RFRAs’ variations in wording are all completely beside the point.

The only thing you need to know about RFRA is that its purpose is not to protect religion. The First Amendment already does that.  And if RFRA’s alleged purpose is already accomplished by our Constitution, what might its true purpose be? Exactly what the Supreme Court warned us about 130 years ago: “[T]o make the professed doctrines of religious belief superior to the law of the land, and in effect to permit every citizen to become a law unto himself.”

They are all unconstitutional.

Andrew L. Seidel is a constitutional attorney and the Director of Strategic Response at the Freedom From Religion Foundation. His first book The Founding Myth: Why Christian Nationalism Is Un-American was burned by a Tennessee preacher. His second book, American Crusade: How the Supreme Court is Weaponizing Religious Freedom, is due out in 2022. He's won numerous academic awards and holds two law degrees: a J.D. magna cum laude from Tulane University Law School and an L.L.M. from Denver University’s Sturm College of Law. Andrew has a B.S. in neuroscience and environmental studies from Tulane. Before dedicating his life and law degree to keeping state and church separate, Andrew was a Grand Canyon tour guide and an accomplished nature photographer. Andrew has appeared on Fox News to debate Bill O’Reilly, MSNBC, and hundreds of other media outlets speaking on behalf of FFRF.
All Articles by this author
PrevPreviousWelcome to the fight: religion should not trump the law
NextEqual Marriage, Religion, and the Argument from TraditionNext