President Donald Trump bragged last Friday at the “Voters Value Summit” in D.C. that he is the first president — although far from the first presidential candidate — to appear in person at that theocratic gathering. He proclaimed to his constituency: “We are stopping cold the attacks on Judeo-Christian values.” 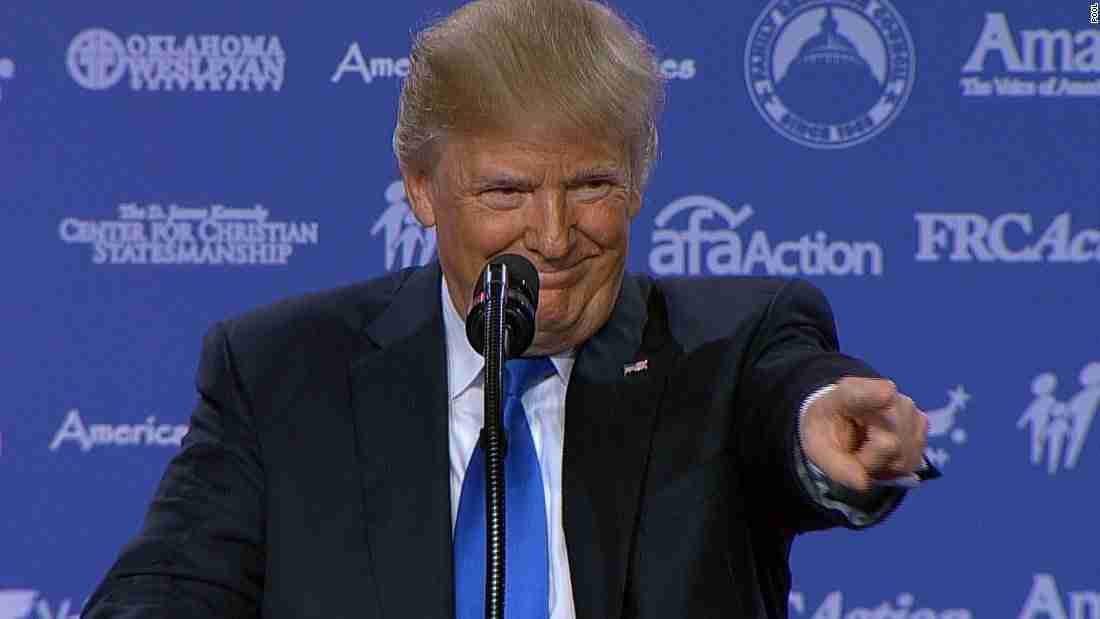 Trump’s speech was pure pandering. For instance, he repeated and embroidered on his offensive remarks, first given at Falwell’s Liberty University, claiming all Americans are believers. (Apparently nonbelievers are not true Americans.) “America is a nation of believers,” Trump stated, “and together we are strengthened and sustained by the power of prayer.”

Trump dropped a little scripture — a very little, I’d even say the bare minimum. His red meat to the antiabortionists was the line, “We cherish the sacred dignity of every human life.” How did he manage to deliver this line without choking, considering he made this statement the day after he took action to deprive many Americans of affordable health care? (As MSNBC put it, “Trump goes to war against his own country’s health care system.”)

Trump delivered the inevitable cherry-picked version of America as “one nation under God,” throwing out the usual theocratic bromides. While not actually lying, his remarks deliberately omitted the real facts. For instance, he told the crowd: “Benjamin Franklin reminded his colleagues at the Constitutional Convention to begin by bowing their heads in prayer.” True, Franklin did so. Conveniently left out is the fact that after hearing Franklin’s remarks, the gathering couldn’t move fast enough to adjourn for the day, never taking up Franklin on his suggestion to pray. That is tremendously significant. During the heated, protracted four-month Constitutional Convention, the framers of our secular constitution never once prayed.

Trump noted that “The American Founders invoked our Creator four times in the Declaration of Independence — four times.” Of course, Trump failed to mention there is no god in the Constitution we are governed under, or that the author of the Bill of Rights was a heretical Deist. If that’s the best Trump can do, it’s rather pathetic.

What is not pathetic is Trump’s swift and ruthless deliverance of major campaign pledges to the extreme Christian Right, as he reminded his audience: “In the last 10 months, we have followed through on one promise after another.”

While derided for accomplishing little during his first nine months in office, Trump has in fact been mercilessly crossing off a to-do list on creating what Nation columnist Katha Pollitt calls a “theocracy of dunces.” At the summit, Trump proudly recited the litany of such accomplishments:

Interspersed throughout was more throwing of red meat, including such statements as, “And above all else, we know this: In America, we don’t worship government — we worship God.”

At the Freedom From Religion Foundation, we worship neither government nor god, but we do have reverence for the First Amendment and its wall between church and state. And we’re paying close attention to the president’s and attorney general’s words about the Johnson Amendment. 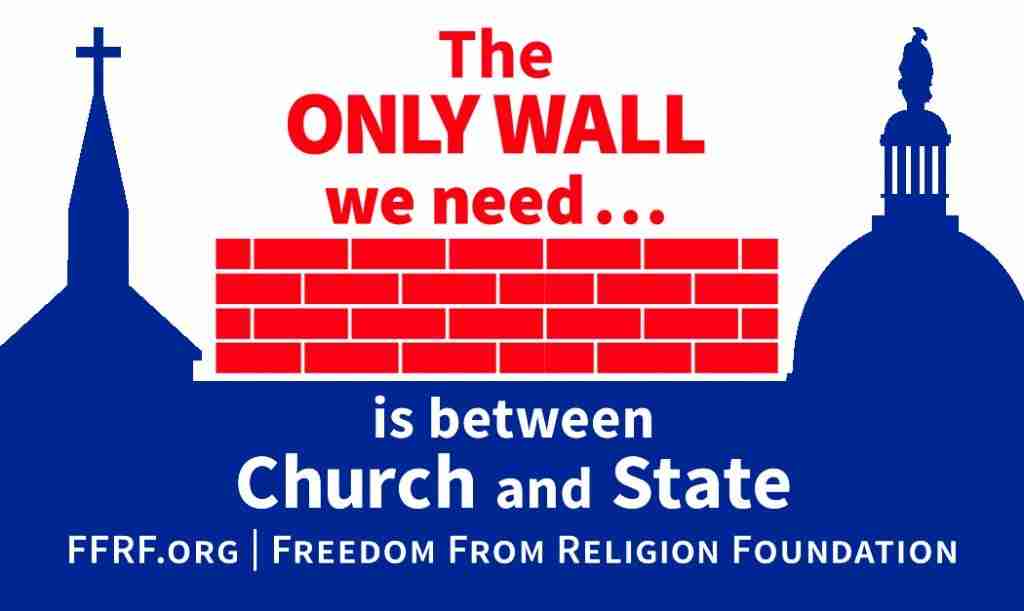 That’s because FFRF sued Trump on May 4, the very day of his executive order, over that order and his explanation that ministers now have the right to politick from the pulpit, and the Internal Revenue Service does not have the right to do anything about it. The 20-point memo by the Department of Justice states much the same.

While Trump and Sessions really cannot repeal the Johnson Amendment by fiat in this manner, they can, by continually claiming it is no longer in force, create disrespect for that law,  encourage rogue pastors to endorse from the pulpit and chill enforcement by the IRS.

Meanwhile, Trump continues to press for passage of a budget item before Congress to defund enforcement of the Johnson Amendment, but only as it applies to churches.

The Establishment Clause and equal protection under the law are being pummeled by this administration. Secular government is under siege. Secularists may snicker over Trump’s blatant and hypocritical pandering (not to mention his terrible grammar — I will say only that he “laid an egg” in his “voters values” speech).

But we must all be aware the unending assaults against the First Amendment are in their own class, like nothing we at FFRF have ever seen in our nearly 40 years of existence.

The time to take alarm is now.

It’s time not just to take alarm, but to take action to protect that besieged wall of separation between religion and government in the United States, the only wall we need.

Annie Laurie Gaylor is co-president of the Freedom From Religion Foundation. She co-founded FFRF in 1976 as a college student with her mother Anne Nicol Gaylor. She served as the editor of FFRF’s newspaper, Freethought Today, from 1985-2009. She became FFRF co-president with Dan Barker in 2004. Annie Laurie has authored three books for FFRF: Woe to Women: The Bible Tells Me So; Woe to Women: The Bible Tells Me So; and Women Without Superstition: “No Gods – No Masters”, the first anthology of women freethinkers.
All Articles by this author
PrevPreviousA riveting week for us
NextWe’re on a winning streakNext