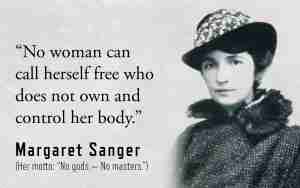 Today’s 5-3 ruling by the U.S. Supreme Court striking down Texas’ abortion restrictions is a vindication not only of women’s rights, but of social policy based on reason.

Many reproductive rights watchdogs around the country are breathing a collective sigh of relief that reason has prevailed on the current Supreme Court in its Whole Woman’s Health v. Hellerstedt decision. Somehow, the feminist bloc — Ruth Bader Ginsburg, Sonia Sotomayor and Elena Kagan joined by fellow liberal Stephen Breyer — forced Anthony Kennedy to “swing.” Too much was at stake.

Abortion rights not just in Texas but about a dozen states, including my home state of Wisconsin, were at stake. But even more than that, the current eight-member court sent a message it will not tolerate an unraveling of Roe v. Wade by the relentless antiabortion opposition and their political lackeys.

The Texas Legislature passed a law in 2013 requiring physicians performing abortions to have admitting privileges at a hospital within 30 miles of the abortion clinic and to maintain the standards of an ambulatory surgical center. As Ginsburg noted in her concurrence, clinics providing many far more risky procedures, including tonsillectomies, colonoscopies and in-office dental surgery, have no such restrictions. That law almost immediately cut the number of abortion clinics in Texas in half, from 40 to 20. Only seven or eight of the remaining clinics were expected to survive a ruling upholding the law.

Breyer, writing for the majority, observed “evidence indicates that the admitting-privileges requirement places a substantial obstacle in the path of a woman’s choice.” Likewise, the second provision placed an undue burden on women seeking to exercise their rights under Roe v. Wade. Breyer noted the onerous consequences of clinic closures. The suggestion “that these seven or eight providers could meet the demand of the entire state stretches credulity,” he stated.

Already, untold hardship has beset many women seeking abortions in Texas since 2013. In a horrifying recent New York Times op-ed, Valerie Peterson recounts how she discovered at her 16-week appointment that she was carrying a fetus incompatible with life. Her pregnancy would end in miscarriage or, at best, a delivered baby surviving a few minutes. This is not to mention the risks to her health, both physical and mental. Due to the lack of facilities left in Texas, Peterson was given a wait of three to four weeks for the next available abortion appointment — pushing her past the 20-week mark after which almost all abortions are illegal in Texas. Through a friend, she was connected to a Florida clinic catering to patients terminating for medical reasons. She flew from Texas, secured a hotel room and rental car, and ended her doomed pregnancy safely — spending close to $5,000!

Peterson noted, “The restrictions on abortion procedures in Texas ultimately won’t lower the number of people who need the procedure. They will just force women to take drastic measures. In fact, there is research that shows that since the Texas law passed, the number of women self-inducing abortion has grown. Other women are risking their jobs, spending their life savings, driving hundreds of miles, crossing state lines as I had to — all to exercise a right that the Constitution protects.”

The Supreme Court stepped in today and did its job to protect women like Peterson, and to ensure that constitutional rights aren’t dependent on the state one happens to have the misfortune of living in.

The Senate, however, has disgracefully refused to do its job. Its refusal to honor President Obama’s right to nominate a replacement for Antonin Scalia (which the Congressional Black Caucus has rightly termed racist), will hamstring the high court for an unconscionably long time.

The fragile liberal majority on our current eight-member court is a chance to remind voters than you’re not voting for the next president in November. You’re voting for the next U.S. Supreme Court justice. Our constitutional rights and that wall of separation between state and church hang in the balance.

Annie Laurie Gaylor is co-president of the Freedom From Religion Foundation. She co-founded FFRF in 1976 as a college student with her mother Anne Nicol Gaylor. She served as the editor of FFRF’s newspaper, Freethought Today, from 1985-2009. She became FFRF co-president with Dan Barker in 2004. Annie Laurie has authored three books for FFRF: Woe to Women: The Bible Tells Me So; Woe to Women: The Bible Tells Me So; and Women Without Superstition: “No Gods – No Masters”, the first anthology of women freethinkers.
All Articles by this author
PrevPreviousYou can’t ignore us
NextWisconsin doubles down on destructive voucher programNext