‘Tis the season for us at the Freedom From Religion Foundation to defend the Constitution — and make some people mad in the process. 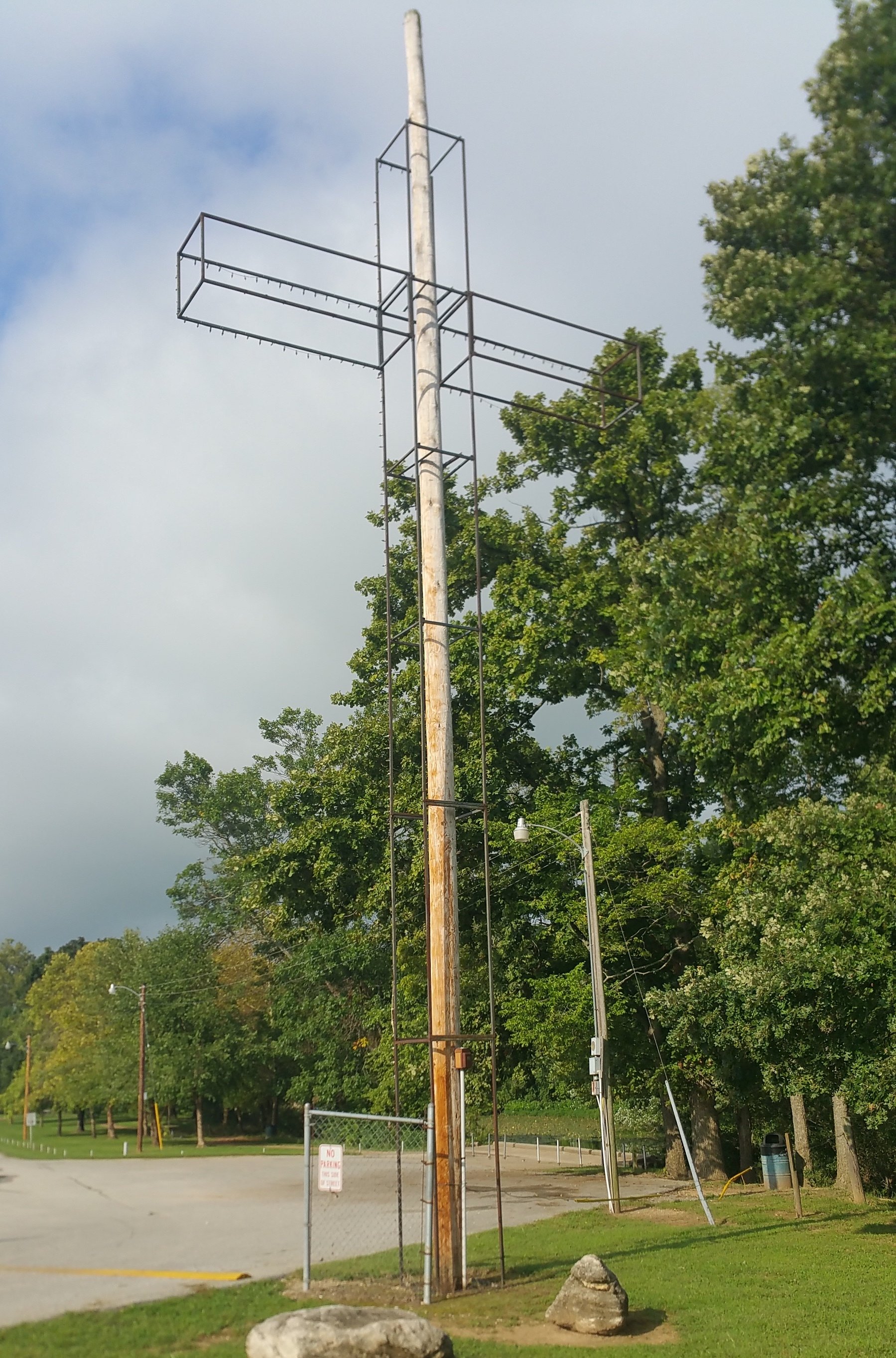 When the city of Ozark in Missouri initially agreed with our constitutionally sound request to remove a lighted cross from a public park, it caused an uproar. Numerous people pressured city officials to backtrack — and the officials surrendered. The story received huge media attention.

“The group that requested the city of Ozark take down the cross from its Christmas display on public property explains why they made the request,” reports a TV station. “The Wisconsin-based group, Freedom From Religion Foundation, says this case goes right along with what their mission is as an organization, which is to prevent the government from promoting religion.”

FFRF Legal Director Rebecca Markert swiftly untangles the knots and explains what is at stake here in our “Newsbite” segment.

We’ve been in the spotlight in interesting ways recently. Even our bête noire Ken Ham gave us a (sort of) shoutout after we got an Illinois city to scrap an officially planned trip to his Ark Encounter boondoggle.

“Creationist Ken Ham yesterday overcame his prissiness to post a picture on Facebook of an ‘obnoxious’ sign visible in photo of members of the Wisconsin-based Freedom From Religion Foundation,” wrote a freethinker in a blog. “Ham warned: Normally I wouldn’t post a photo with the obnoxious sign and the language used but I want you to understand who this group of atheists really are. What prompted his angry post is that the FFRF successfully killed off a planned visit to Ham Ark Encounter and Creation Museum in Kentucky by the Charleston Department of Parks and Recreation in Illinois.”

Highlighting the Bill of Rights in the New York Times

In a timely manner, we’re making a big media splash with our Bill of Rights Day full-page ad in the coming Sunday New York Times’ main news section. The text urges folks to join FFRF, noting: “The First Amendment principle of separation between religion and government has never been in greater jeopardy. Don’t let the Christian Nationalists weaponize religious freedom.” Please tell everyone to heed our call.

Our alternative approach to observing the holiday season is gaining media attention. Our hometown community radio station interviewed FFRF Co-President Annie Laurie Gaylor on the significance of Winter Solstice for us — and our efforts to keep official celebrations secular.As part of our attempt to counter religion’s presence in public spaces this time of the year, we’ve been busy putting up secular displays. Our banner in Eugene, Ore., got noticed by the city’s alternative weekly.“Sorry, Jesus, but Freedom From Religion Foundation says you’re not the reason for the season,” the paper states. “Charles Jones, a local member of the organization, which is based in Madison, Wisconsin, has put up a banner stretching across Eighth Avenue that spans 30 feet by 3 feet. ‘Celebrate the Solstice. Tis the season of reason,’ the banner reads.”We also put up exhibits in other places around the country. Our freethought banner actually made its debut in San Diego. And we brought back Solstice displays and materials in places as varied as Warren, Mich.,  South Bend, Ind., and Hastings-on-Hudson, N.Y. In Atlanta, we provided our year-long billboard campaign a holiday flavor by having two digital billboards there proclaim: “At the Season of the Winter Solstice MAY REASON PREVAIL.”  May it certainly!

Fittingly, a portion of our radio show this week dealt with the season, with FFRF Legal Assistant Whitney Steffen chatting about our equal time displays. Then, Annie Laurie and FFRF Co-President Dan Barker interviewed Leslea Mair, co-director, producer, and writer of a new documentary, “Losing Our Religion,” about ministers who have lost their faith.Not surprisingly, the holiday season is dominating our social media, too. Our “Ask An Atheist” Facebook Live feature this week involved three of our lawyers — Andrew Seidel, Sam Grover and Ryan Jayne (check out their awesome sweaters!) — discussing the state-church violations that are so common this time of the year.

Our national TV show, “Freethought Matters,” this week features Annie Laurie and Dan interviewing Mandisa Thomas, president and founder of Black Nonbelievers, about the challenges facing minority freethinkers and the group’s recent growth. The show can be seen on Sunday in eight cities around the country (check out the timings for your city) or can be watched on our YouTube channel.

Viewers in our home area of Madison, Wis., are in for a legal treat Sunday, 11 p.m., on Channel 3. David Kaloyanides, our lead attorney on our victorious case against the prayerful Chino Valley School Board in California, discusses the lawsuit with Rebecca and Andrew.

In the spirit of the season, Nonbelief Relief, a creation of the FFRF Board but set up as a separate entity, disbursed $80,000 for six important causes, including $20,000 to help fight the humanitarian catastrophe in Yemen. These will be, alas, Nonbelief Relief’s final grants for a while. Since churches and their charities are automatically exempted from information filing rules that apply to all other charities, the charity has informed the IRS it, too, would not file the annual Form 990 information return. As a result, its tax exemption was revoked by the IRS earlier this year. Nonbelief Relief is fighting this in court, and we’ll keep you posted!

It may come as a surprise to some that we were able to deal with other issues, but we did — and important ones at that. We spotlighted attorney general nominee William Barr’s checkered record on state-church issues. And we had recommendations on how a new National Suicide Hotline could better serve nonbelievers.

It’s been a seasonal avalanche here. But we’re tackling it all in the true non-holy holiday spirit. Happy Bill of Rights Day!