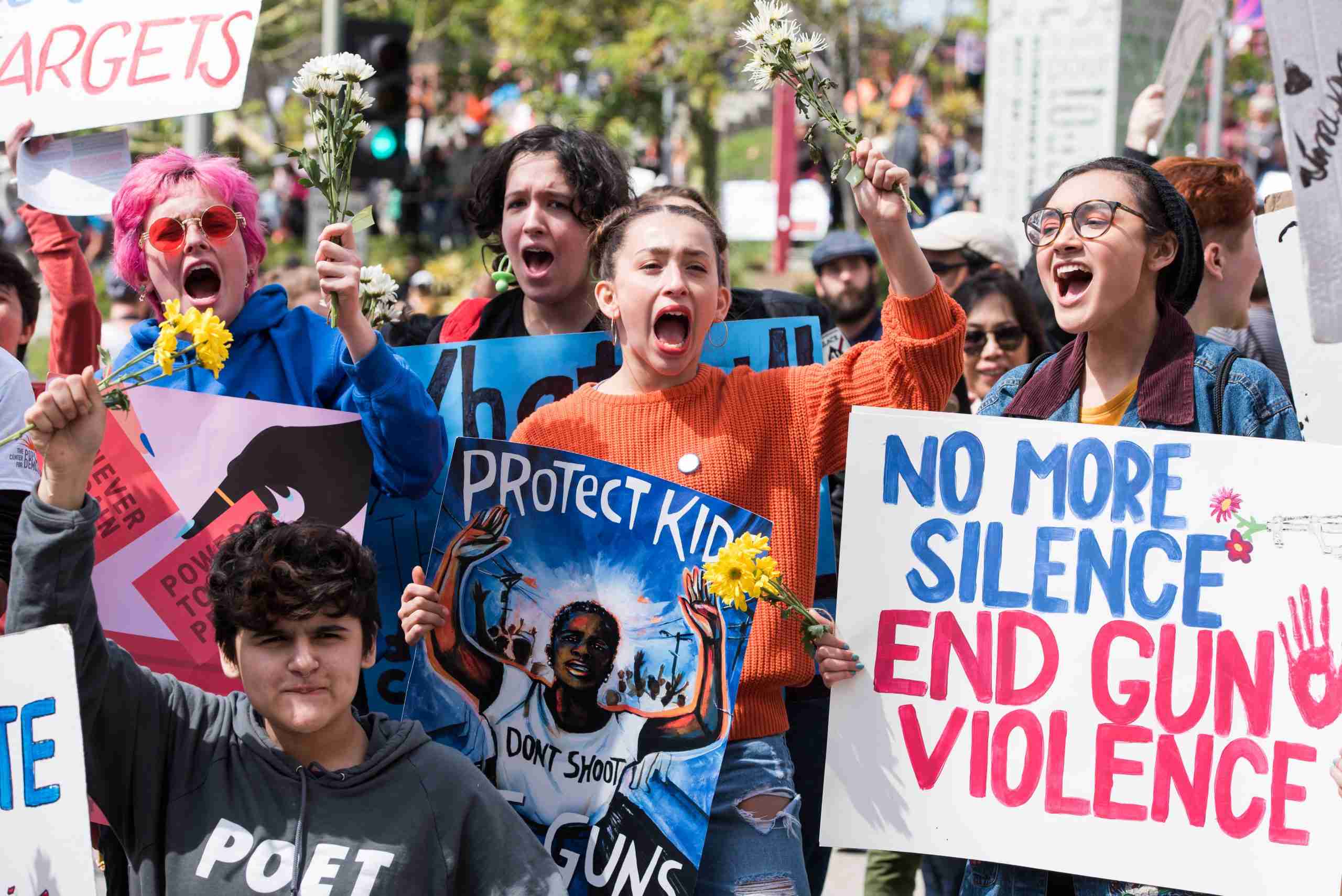 In my line of work, I regularly come up against angry religious extremists who wish death upon me and all others who advocate for the constitutional separation of religion and government. My coworkers and I live with the constant reality that we are never entirely safe at work. Even so, I readily acknowledge that the chances of experiencing an active shooter event are remote. But, as the recent shootings in Uvalde, Texas, and Highland Park, Ill., have reminded us, in the United States this type of mass shooting is far more common than it needs to be.

Believe it or not, as a constitutional issue, this debate has a lot in common with the attempts to redefine religious freedom. But first, let’s look at the phenomenon of U.S. mass shootings by the numbers.

There is also compelling evidence suggesting that common-sense gun control laws would go a long way toward preventing mass shooting events in the United States. It worked in Australia, which passed a law to remove semi-automatic weapons from civilian possession in 1996 after 35 people died in a mass shooting in Tasmania. In the 18 years before the gun law reforms, there were 13 mass shootings in Australia. In the 26 years after? One.

Other countries that have passed restrictions on gun ownership have met with similar success. And while one could quibble about how best to interpret the complex data we see from these success stories — and gun lobbyists do — the more fundamental question is: “Why not try it?”

In the face of such data, some members of Congress have tried. In fact, a fairly robust gun reform bill — the Protecting Our Kids Act — passed out of the House in June. While certainly not a panacea, the bill takes steps that could dramatically reduce the number of mass shootings. Yet, it has received no attention in the Senate. The law will die there. Why? Why, instead, are some politicians content to tweet out their “thoughts and prayers” while taking no real action to curb gun violence?

The answer to these questions lies in how the “gun rights” lobby has pushed a particular view of the Second Amendment. The reason FFRF is talking about this, the reason it’s relevant to state-church separation, is because “religious freedom” advocates are currently trying to push an identical view of the First Amendment. The gun rights lobby has successfully pushed an absolute right to gun ownership in courts and legislatures, and this is what Orwellian-named Christian nationalist groups like First Liberty and Alliance Defending Freedom are trying to do with religious freedom. They are trying to turn it into a right that must be protected even when it infringes on the rights — and the lives — of others.

To hear those seeking to redefine religious freedom tell it, any action motivated by religion is permissible, no matter what its impact. If they deny an LGBTQ citizen a cake because of sexual orientation, they believe that’s their God-given right. That same logic, however, means they could also deny service to atheists, Jews or a racial minority. And as Fulton v. City of Philadelphia showed us, this extends far beyond cake — the services that they intend to deny minority groups include the right to be considered for adopting a child.

People can believe whatever they like. This includes religion. They are free to believe the voices they’re hearing are God, or that thetans and evil spirits make us sad, or that the Earth is a few thousand years old.

But the right to act on those beliefs is by no means absolute. And this is where the conflict arises.

Believers want to act out their faith, but only their right to believe is absolute, not their right to act. Somewhere on the spectrum of religiously motivated action, civil law can step in.

That line should be drawn where the rights of others begin. As Jefferson said, “The legitimate powers of government extend to such acts only as are injurious to others. But it does me no injury for my neighbor to say there are 20 gods, or no god. It neither picks my pocket nor breaks my leg.” But if religion mandates picking pockets and breaking legs, it comes under the purview of our secular law. And no belief, no matter how fervent, should change that. There is no right to infringe on the rights of others.

The First Amendment guarantees six rights: a secular government, free exercise of religion, free speech, free press, assembly, and lobbying your government. These rights have something in common: They all protect the freedom of thought. And that is the one and only absolute right that exists under the Constitution. All our other rights can be curtailed or revoked in certain circumstances, except the freedom of thought.

Second Amendment rights are not absolute; you can’t bring your gun on a plane or into a school.

The reason common-sense gun laws cannot make it through our federal government is because the idea that Second Amendment rights are absolute has been deliberately foisted on American legislatures and courts.

And this is what the “religious freedom” advocates are working to do with the right to free exercise — make the right absolute and completely erase the right that directly precedes free exercise: the right to a secular government. It began with the Religious Freedom Restoration Act, then made gains with the Hobby Lobby case, Masterpiece Cakeshop, and, most recently, with Kennedy v. Bremerton School District.

The absolutist view of the Second Amendment is killing Americans. If the same view is adopted of the free exercise of the First Amendment, there will be no law for religious people: “To permit this would be to make the professed doctrines of religious belief superior to the law of the land, and, in effect, to permit every citizen to become a law unto himself. Government could exist only in name under such circumstances,” as the Supreme Court wrote in 1879. There is no constitutional right to act out one’s religious beliefs in a manner that infringes on others’ rights to equal protection under the law. Discrimination in the name of religion is still discrimination. We cannot accept an absolutist interpretation of the Constitution. Instead, we must look to how the First and Second Amendments are being used — and abused — to amass power and to chalk up wins for Christian nationalists, even while the majority of us strongly oppose their position.

The political nonresponse to mass shootings in this country has become a tragic pattern, ripe for parody. We cannot continue to accept inaction based on a vague appeal to an absolute constitutional right. I fight every day against political overreach by “religious freedom” advocates, who cloak their discrimination in constitutional language. The right to act out one’s religious beliefs must end where the rights of others begins. And the right to own a gun must be subject to reasonable limits — there are lives hanging in the balance.

Sam Grover received his B.A. in philosophy and government from Wesleyan University in 2008. He first worked for FFRF in 2010 as a legal intern while attending Boston University School of Law. In 2011, his article on the religious exemptions in the Affordable Care Act’s individual health insurance mandate was published in the American Journal of Law and Medicine. After receiving his J.D. from Boston University in 2012, Sam worked as a law clerk for the Vermont Office of Legislative Council where he drafted legislation on health care, human services, and tax issues. He returned to work as a constitutional consultant for FFRF in the fall of 2013. Sam has written a paper on counterterrorism and the law that was published by the Memorial Institute for the Prevention of Terrorism in Oklahoma City and has traveled to southern Africa to work under Justice Unity Dow of Botswana’s High Court.
All Articles by this author
PrevPreviousMedia attention, Biden administration, Supreme Court and intellectual treats
NextLet’s stand up for critical thinking Next