The unconstitutional National Day of Prayer — and how to fight back

Some weeks, our attention is focused on a certain subject, and this week it was the misbegotten National Day of Prayer.

“The officially sanctioned National Day of Prayer — observed on May 2 this year — goes against the spirit of the secular Constitution,” FFRF Co-President Annie Laurie Gaylor asserts in an op-ed written for the Tribune News Service and published in the Atlantic City newspaper. She uncovers the evangelical origins of the day (hint: it involves a certain Rev. Graham) and contends that “it’s high time to end this phony tradition.”

In our “Newsbite” segment, FFRF Director of Strategic Response Andrew Seidel provides a primer on the unconstitutional nature of the day. 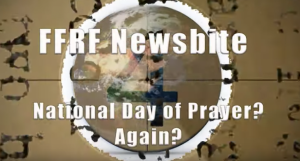 So why isn’t such a day illegal? Andrew explains in a column for Rewire News.

“When the Freedom From Religion Foundation sued over the National Day of Prayer statute in 2010, the district court correctly decided that it violated the First Amendment,” he writes. “On appeal, the 7th U.S. Circuit Court of Appeals did not disagree — it couldn’t — but it tossed the case. The court said that FFRF could not challenge the law in court, writing of its decision: ‘If this means that no one has standing, that does not change the outcome.’”

That’s why we have to suffer through the day every year — as well as endure the incredible amount of religious pandering that politicians engage in during the observance.

No one can outdo President Trump when it comes to such pandering, and he again rose to the occasion this week. This year, he actually started his groveling the evening before the day by boasting of his plans for a theocratic judiciary — a plot we’re doing our best to counter.

“FFRF has worked to stop some of the worst nominees, including Jeff Mateer,” we said. “We’ve seen some success, but not nearly enough. We need more members and more support, and we need this today.” 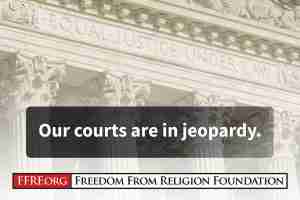 Trump continued his pandering at the National day of Prayer gathering at the Rose Garden by retelling a fib directly involving us: that he has gotten rid of the law that bans church electioneering.

“Trump is referring to the religious freedom executive order he signed on the National Day of Prayer in 2017,” we wrote in a press release. “FFRF sued him over that order the same day — and we prevailed. Trump’s attorneys admitted in court, ‘The [executive] order does not exempt religious organizations from the restrictions on political campaign activity applicable to all tax-exempt organizations.’”

Trump capped off the event by issuing a new Department of Health and Human Services religious rule that, as we pointed out, “could possibly endanger millions of Americans.” Not exactly the right thing to do for the head of a constitutionally secular country.

But we in the secular community aren’t taking the whole National Day of Prayer nonsense lying down; we’re fighting back. We have designated this week the Secular Week of Action, and on our Facebook Live “Ask an Atheist” feature, FFRF Co-President Dan Barker and Legal Assistant Kristina Daleiden are joined via Skype with Sarah Levin of the Secular Coalition of America to discuss what the week actually means for us secular activists.

“The Clymer Central School District will no longer host a baccalaureate service ahead of graduation in addition to removing prayer from the opening and closing of commencement,” the local paper reports. “The decades-long tradition will end following a notice from the Freedom From Religion Foundation asking the school district to end what it viewed as ‘unconstitutional practices.’”

We also got a large bible verse painting removed from a California school. “The illustration of a bible verse on school property undeniably paints the picture that the school endorses that religious message,” Annie Laurie noted. 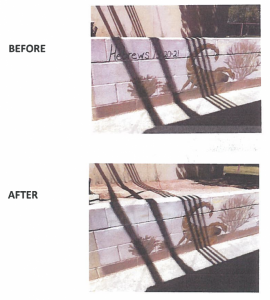 A sinister U.S.-Europe nexus
We delved into international matters, too. After noting Trump’s National Day of Prayer remarks on our radio show this week, we spoke with U.K. journalist Nandini Archer, who worked on the news site Open Democracy’s recent eye-popping report on how the U.S. Religious Right has funneled tens of millions of dollars to the European far right. Don’t miss this interview. 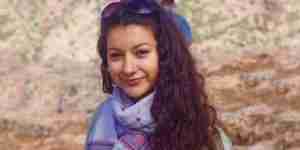 Made homeless twice over
And we put up an extremely poignant blog by a Pakistani freethinker who’s been made homeless once again due to reprisals after the Easter Sunday bombings in Sri Lanka.

“We would never choose to come to Sri Lanka if it was safe for us in Pakistan,” he writes. “And now Sri Lanka has become Pakistan.”

Come see Wendy Davis!
We had more cheerful news to announce, too. An advocate who captured national attention for standing up — at great length — for abortion rights is a headline speaker at the Freedom From Religion Foundation’s 42nd annual convention in Madison, Wis. Wendy Davis, who catapulted into prominence in 2013 when she held a marathon filibuster to protect women’s reproductive freedoms in Texas, will receive FFRF’s 2019 Forward Award in October. Davis will be played in a forthcoming biopic by a major Hollywood star (click on the link to find out who). 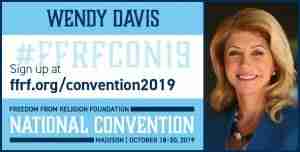 Ours Is Not a Christian Nation!
On our “Freethought Matters” TV show this Sunday (check for listings), Dan and Annie Laurie engage in a lively discussion with Andrew about his new book, “The Founding Myth: Why Christian Nationalism Is Un-American,” which debunks a number of fictions about the origins of this country. (You can catch the show on our YouTube channel if you don’t live in one of the 11 cities where “Freethought Matters” airs.) 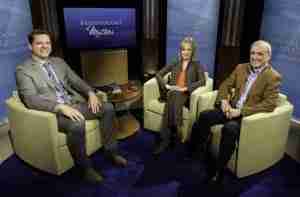 Whether we’re focusing on a particular issue in a week or venturing a bit afield, we can do all of it only due to you and your largesse.