Skip to content
PrevPreviousWhat a week!
NextWe’re in the middle of a whirlwindNext

The thrill of marching in our nation’s capital

Like many others, I was initially skeptical about the effectiveness of a Women’s March on Washington. 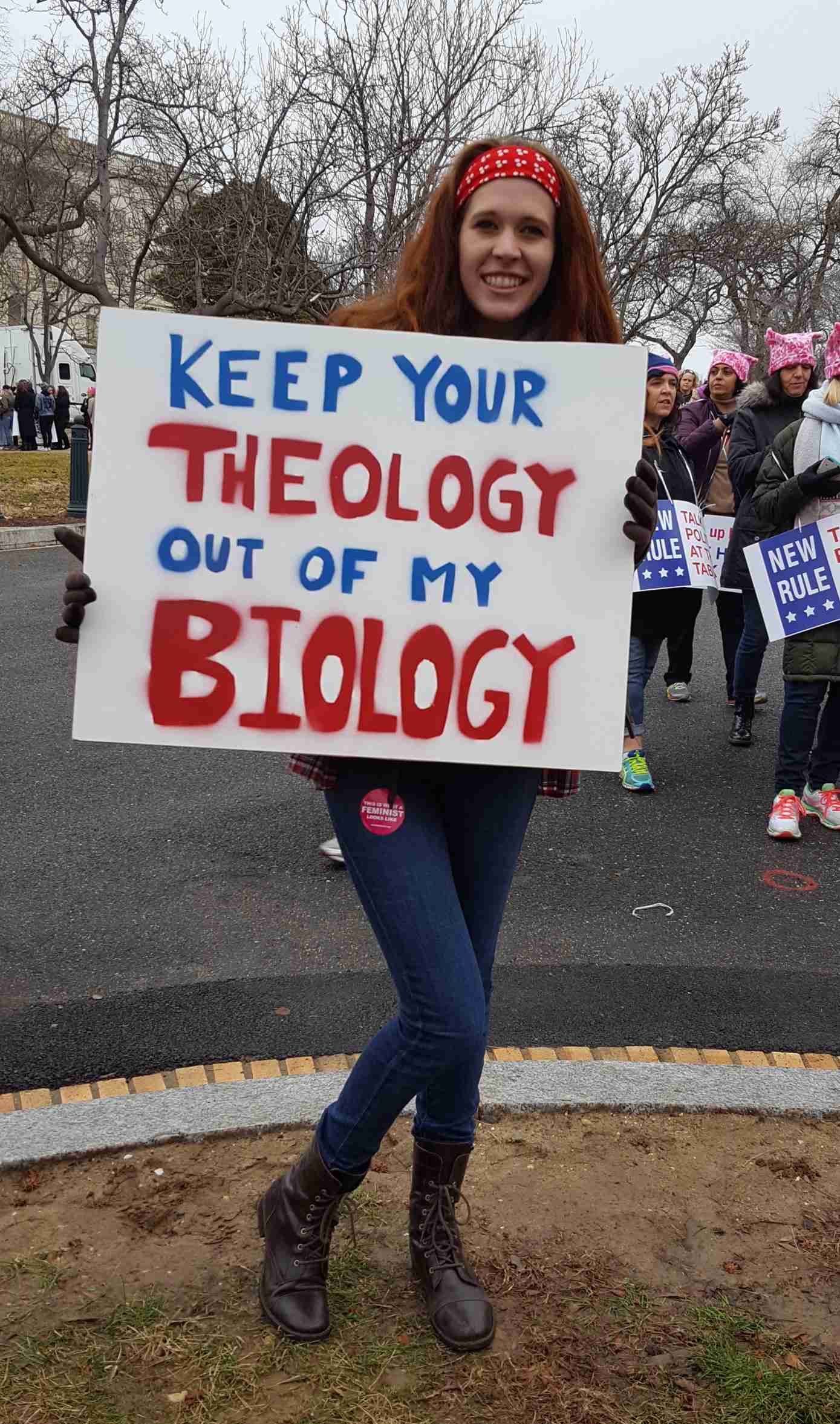 That’s why, when my mom asked me in late December to join her and a small central Wisconsin delegation of women in a cross-country journey to the nation’s capital, I only hesitantly agreed. Any worries of a tepid turnout, however, were immediately dispelled when our car pulled up to a D.C. metro station Saturday morning. There was already a sizable line of pink hats and handmade signs winding around the station.

From my first moments on the train, I felt the communal excitement that made the day as exceptional as it was. Almost every single person on the train and at the march had made a commitment to come there from their hometowns across America without a real guarantee that when they showed up, there would be others to join them. Once the reality of the enormity of this protest hit me and the other participants, it created an energy that lasted throughout the day. I distinctly remember the cheering that flooded the train when we went past RFK Stadium and saw a sea of buses arriving one after another from all corners of the country for the event.

Everyone had signs — a wild array of signs. Half the fun of coming to the protest was pointing out the crazy signs that others had brought while posing for pictures with your own.

As my group made our way down Independence Avenue towards the stage at the Mall, it was astonishing to see the variety of causes that people came to the event to support. Even within the small delegation that I had arrived with, we had diverse reasons for marching. I was marching to protest the invasion of the Religious Right into our highest offices of government, particularly how it would affect my right — and that of millions of other women — to general and reproductive health care. Others marched for the rights of minorities, the economy, environment, education, civil rights — and/or to show the new president and his administration that they were going to hold him accountable during the next four years.

Even though we all came with varied reasons to march, there was an overlying feeling of support and community — that your reasons for marching were also important, like mine, and that by working together our voices would be heard to a greater degree. The Women’s March proved that there is strength in numbers. Every single street I looked down while marching was filled with pink hats. There were children — even dogs — in pink hats. The crowd was so large that by the time we had finished the march around the Mall, those closest to the stage hadn’t even begun to move. I had never seen — and may never see — so many people together at one time.

It wasn’t only women who marched. Although we were the majority, it was heartening to see how many men showed up, as well, supporting the women in their lives while voicing their own concerns about the new administration. One particular man near me during the march kept up morale by banging a cowbell to the rhythm of our chants. He was probably in his late 60s or early 70s but had enough gusto to march with us mile after mile throughout the entire route. Law enforcement and military personnel also contributed to the lively energy of the protest. Besides taking the time to make sure this was a safe and peaceful event, many genuinely looked excited, even a bit giddy, that we were there. One army officer in a tank blocking the road to the White House was taking photos and selfies of the protesters as we marched by. Another police officer thanked us for peacefully exercising our First Amendment right after we had thanked him for his work in making the march the success it was.

The primary takeaway I had from my experience at the march was that my concerns about the next four years, especially pertaining to fundamental freedoms, are shared by millions of women and men throughout the country and the world. And that it is essential that we voice our concerns and contribute to the democratic process. It made me grateful I am a part of the Freedom From Religion Foundation, where I can contribute daily to an organization that effectively works at keeping state and church separate. It’s work that is more vital than ever with Trump and his administration in power. It is my hope that the multitudes of people that participated in and cheered on the Women’s March convert this momentum into active civic participation in their local, state and national governments — and into supporting organizations such as FFRF in the fight to keep our democracy and country the best it can be.

All Articles by this author
PrevPreviousWhat a week!
NextWe’re in the middle of a whirlwindNext