Filing an amicus brief before the Supreme Court, chastising a U.S. senator for his misuse of social media, and disbursing tens of thousands in prize money to nonreligious high school students — it’s all part of a week’s work for us at the Freedom From Religion Foundation.

We submitted a friend-of-the court brief to the highest court in the land to oppose a Catholic agency’s contention that a government contractor can discriminate against same-sex couples for foster care. “If Catholic Social Services is permitted to discriminate in this case, the rights of religious minorities and the nonreligious would be put in peril,” our brief observed. Supreme Court justices, please take heed. 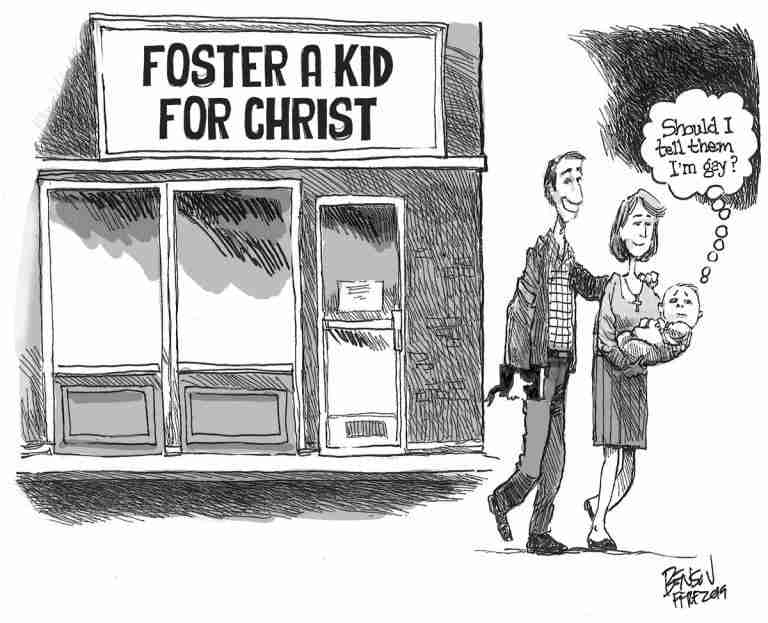 FFRF Senior Litigation Counsel Patrick Elliott explained the brief on our radio show to FFRF Co-Presidents Dan Barker and Annie Laurie Gaylor — and why we felt compelled to support the city of Philadelphia’s right to deny public funding to discriminatory groups. Before Patrick’s interview, we celebrated the week of the 100th anniversary of the 19th Amendment by hearing Judy Collins sing the powerful feminist anthem “Bread and Roses.” 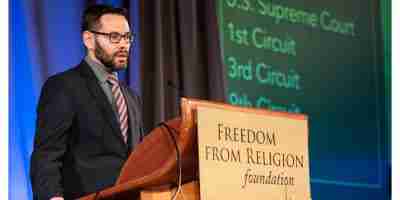 Cut it out, Senator!
We chastised a U.S. senator for sermonizing on official social media accounts. When a government official uses his elected office, including governmental platforms such as an official Facebook page, to promote his personal religious beliefs, he violates the spirit of the First Amendment of the U.S. Constitution, we emphasized to Louisiana Sen. Bill Cassidy. Please cut it out, we added.

Kudos to freethinking high schoolers!
We proudly announced this week the winners of our 2020 William Schulz High School Essay Contest, with an unprecedented $26,100 in scholarship money. We also received an unprecedented number of submissions, nearly 500, attesting to the rising secularism among youth! College-bound high school seniors were asked to craft an essay based on this prompt: “Why I’m an unabashed nonbeliever: Write a persuasive, personal essay about why you reject religion and think others would be better off doing so, too.” Congratulations to all the 31 awardees! Next up: Our annual competition for ongoing college students. Stay tuned. 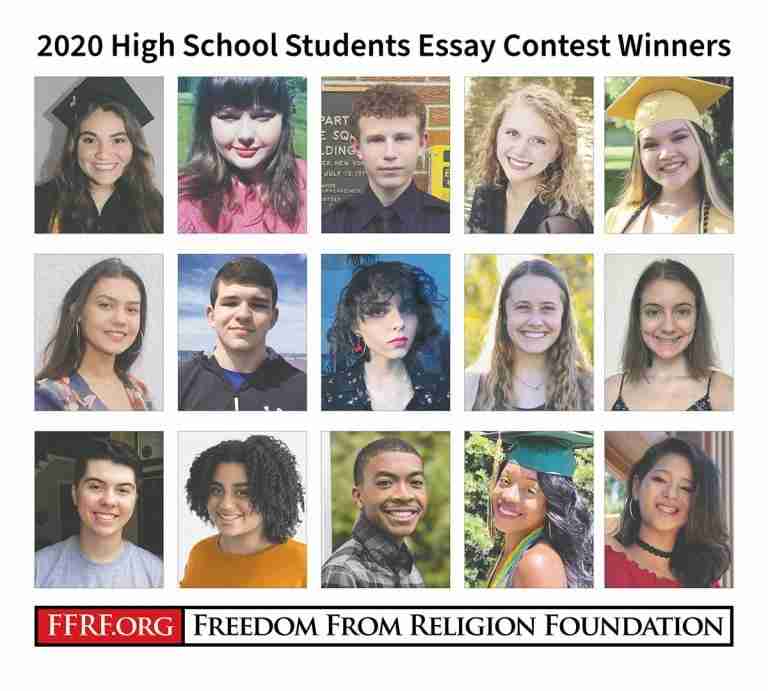 Abolish all apostasy laws
We’re proud to be taking part in the first-ever Apostasy Day this weekend that a coalition of ex-Muslim groups is organizing as protest against such laws in many Muslim countries. FFRF has enthusiastically signed on to the event and statement, since the state/church watchdog has regularly provided significant help to endangered freethinkers who are imperiled as “apostates” or for critiquing Islam as freethinkers. “Apostasy laws are horribly outdated holdovers that have no place in our modern world,” Annie Laurie remarks. 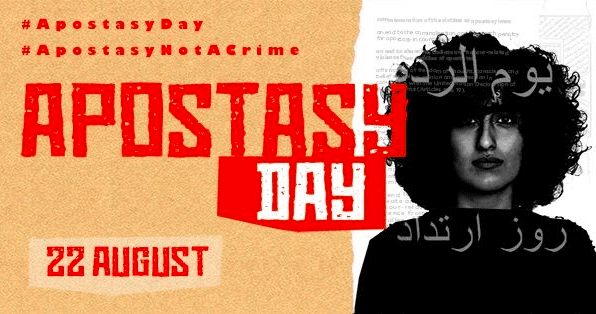 Why blatant electioneering is illegal
We’ve been keeping a close eye on megapastor Robert Jeffress’ blatant electioneering, and on  our current episode of FFRF’s “Ask an Atheist” Facebook Live feature, Dan and Annie Laurie pinpoint with FFRF Legal Director Rebecca Markert all that’s wrong with Jeffress’ recent endorsement of Trump/Pence from the pulpit. They also shed light on what nonprofit groups can and cannot do in an election year, and why the Johnson Amendment barring political activity by tax-exempt groups is so vital to our democracy. 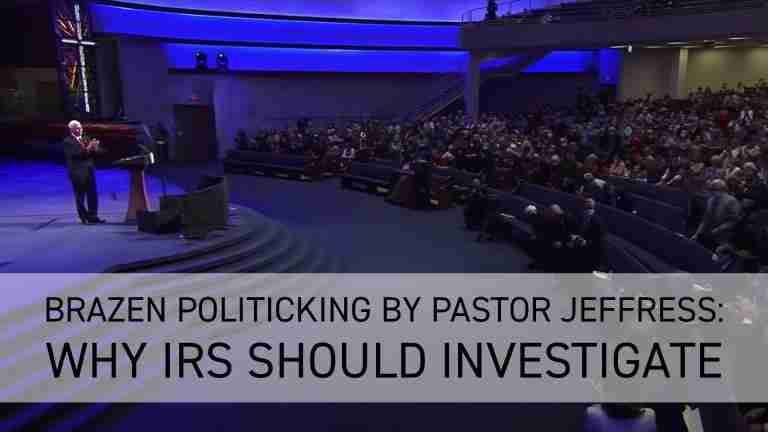 On abandoning the Catholic faith
FFRF Anne Nicol Gaylor Intern Barbara Alvarez has penned a heartfelt blog on what caused her to lose her Catholic faith, deftly tying it to the notion of guilt and the second anniversary of the grand jury report on massive Church crimes.

“My secular values stand for reason, science, human rights, equality and compassion,” she concludes. “And I have absolutely no guilt about that.”

The tarnishing of our cityscapes
Veteran freethinker and writer Jim Haught focused this week on a little-discussed urban phenomenon: how the mendacity of religion marks our cityscapes. 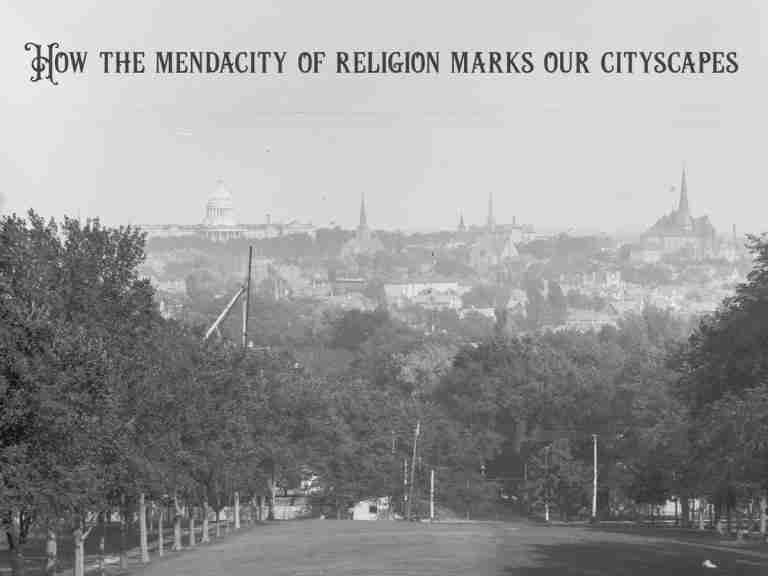 “Every city skyline is graced by stately steeples, spires, bell towers, domes, minarets and other outlines of cathedrals, temples, mosques, synagogues and sacred edifices of many sorts,” he writes. “The array seems majestic — until you realize that it represents an extravaganza of lies.”

The Supreme Court, U.S. senators, apostasy laws, and so much else — we’re able to engage with all of this only due to your generosity and backing.