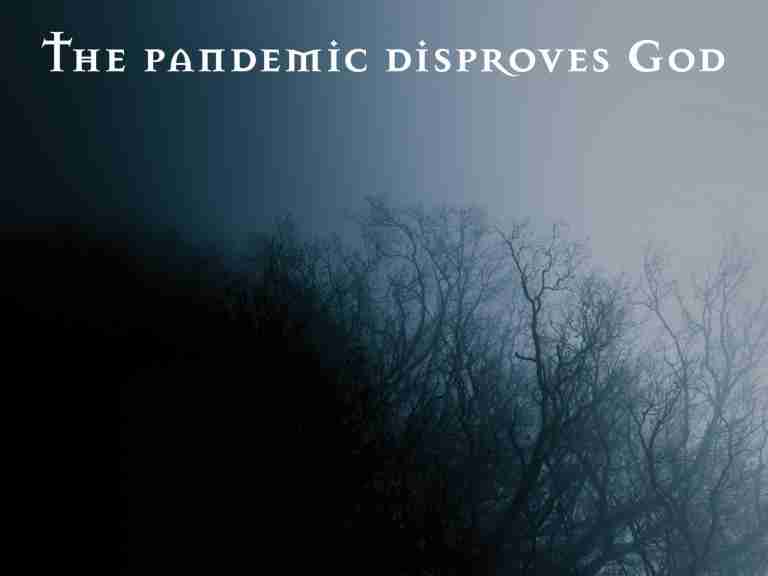 Vice President Mike Pence, a renowned born-again fundamentalist, regularly takes the podium as leader of America’s task force on the corona crisis. Reporters should ask him this question during the next such occasion: “Why did God send the pandemic to kill perhaps millions of people?”

If Pence answers that nature alone produced the virus, the follow-up questions should be: “Why didn’t God prevent the tragedy?” “Is he powerless to stop it?” “Or does he simply not care if multitudes die in misery?”

The bizarre pandemic currently gripping the world raises the age-old philosophical dilemma called “the problem of evil” — which asks why a supposedly all-loving God does nothing to stop horrors such as diseases, tsunamis, earthquakes, hurricanes and the like. If there’s an all-merciful father-creator, why did he make breast cancer, childhood leukemia, cerebral palsy, natural disasters and predator animals that rip peaceful grazers apart?

Ever since Ancient Greece, priests and theologians have been flummoxed, unable to answer this enigma. In fact, a whole field of argument called theodicy arose in a futile attempt to solve it. I think theodicy should be called “the idiocy” because there’s only one obvious possible for intelligent, scientific-minded people: The all-loving God proclaimed by churches cannot exist. Logic doesn’t exclude a cruel God, but it precludes a merciful one.

Dispute is currently swirling over the topic, with believers hedging and evading. Catholic columnist Ross Douthat writes in The New York Times: “A pandemic sharpens the permanent questions of theodicy, the debates over whether it’s reasonable to believe in a good and loving God in a world so rife with misery.” Absurdly, he contends: “Meaningless suffering is the goal of the devil, and bringing meaning out of suffering is the saving work of God.” He avoids the glaring question: Is God too weak to halt the devil’s work? Douthat’s answer is laughable.

Similarly, in Time magazine, Anglican theologian N.T. Wright dodges the question and says that, instead of seeking explanations, people should “recover the biblical tradition of lament.” This can be interpreted as: Don’t ask why God is killing multitudes — just lament about it.

Jim Daly, president of the born-again Focus on the Family, writes a sappy Fox News commentary offering no answer, instead saying: “God is working through the government’s response to this crisis, providing President Trump and Vice President Mike Pence and the Coronavirus Task Force wisdom and guidance as they plot and plan their attack on this lethal pathogen.” How typical for mindless right-wing religion, hinting that Trump and Pence are on God’s team to protect humanity.

The truth stares everyone in the face: The pandemic proves that no compassionate God can exist. End of discussion. The idiocy of theodicy can do nothing to refute this clear logical conclusion.

To sum up: Why is God letting vast numbers of innocent people die in agony? Several answers are possible: He’s helpless to stop it. He just doesn’t care. He reverted to Old Testament mode as a wrathful destroyer. He doesn’t exist.

This piece is adapted from an Aug. 3, 2020, column written for Daylight Atheism at Patheos.

James A. Haught, syndicated by PeaceVoice, was the longtime editor at the Charleston Gazette and has been the editor emeritus since 2015. He has won two dozen national newswriting awards and is author of 12 books and 150 magazine essays. He also is a senior editor of Free Inquiry magazine and was writer-in-residence for the United Coalition of Reason.
All Articles by this author
PrevPreviousReligion and the elections, policing, abortion & education
NextVouchers, travel bans — and lots of blogs & public appearancesNext