Skip to content
PrevPreviousProtect the abortion pill
NextAbortion rights, African humanism, Hindu nationalism and the inventor of the essayNext

The inventor of essays was bravely unorthodox 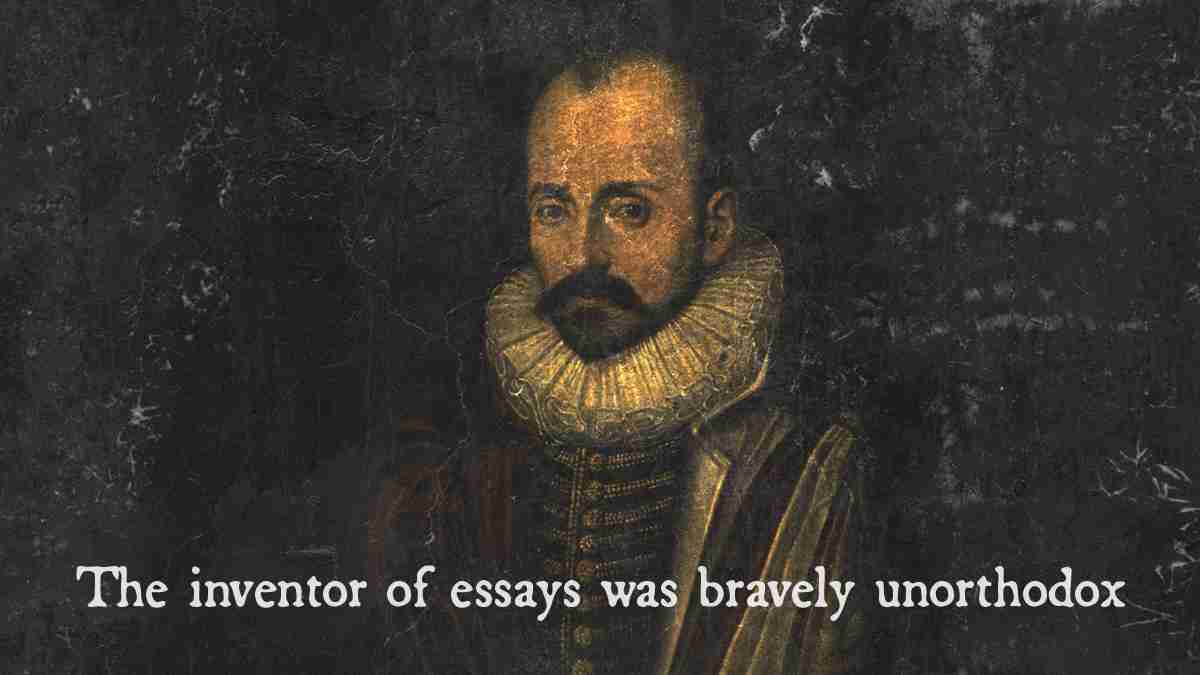 The Renaissance — three centuries of reawakening, from around 1300 to 1600 — is commonly acknowledged as the European epoch when the oppressive Age of Faith began losing ground to humanism. Yet religious torture and killing continued amid the bloom of the Renaissance.

Under such conditions, it would seem advisable for skeptics to stay quiet. Yet some brave rebels, such as Michel de Montaigne (1533-1592), born this week close to half a millennium ago, voiced unorthodox thoughts.

Montaigne’s mother came from a Spanish-Jewish family that had been forcibly converted to Catholicism and had fled to France to escape the Spanish Inquisition. His father was a wealthy merchant whose family had bought the feudal territory of Montaigne with its noble title.

Although the son came of age in an era when the Inquisition had been torturing and burning doubters for three centuries, and it was not a propitious time to voice any thought that might lead to the rack, nonetheless the brilliant Montaigne took the risk of writing candidly about religion and morals. He created the literary form of the essay, a personal commentary that he said was “concerned with my own self, an integral part of my life.”

Some of Montaigne’s essays included witty jabs at religion. University of Washington scholar Abraham Keller has said the essays “show so much skepticism that some critics have questioned whether he was really a Christian.”

“Man is certainly stark mad; he cannot make a worm, yet he will make gods by the dozen,” he remarked in one of his essays. And he stated, “Men of simple understanding, little inquisitive and little instructed, make good Christians.”

His family was officially Catholic, although a brother and sister became Protestants. Montaigne served in the Parliament of Bordeaux for 13 years, and was mayor of Bordeaux for four years. Montaigne urged King Henry IV to issue the Edict of Nantes, which gave each sect the right to worship. In the hideous wars between French Catholics and Protestant Huguenots, he attempted to be a peacemaker. At one point he was jailed briefly by Protestants, at another by Catholics.

Debate still occurs over whether Montaigne was a believer or a secret atheist. If the latter, he was wise to keep it secret.

This column has been adapted from an essay in Haught’s 2000 Years of Disbelief: Famous People with the Courage to Doubt (Prometheus Books, 1996).

James A. Haught, syndicated by PeaceVoice, was the longtime editor at the Charleston Gazette and has been the editor emeritus since 2015. He has won two dozen national newswriting awards and is author of 12 books and 150 magazine essays. He also is a senior editor of Free Inquiry magazine and was writer-in-residence for the United Coalition of Reason.
All Articles by this author
PrevPreviousProtect the abortion pill
NextAbortion rights, African humanism, Hindu nationalism and the inventor of the essayNext