Skip to content
PrevPreviousThe pope, Bladensburg, Planned Parenthood — & so much more — kept our hands full
Next(Most of) the Supremes sing our tuneNext

The inhumanity of forcing children to have children

The news that an 11-year-old rape victim in Argentina had been forced to continue a pregnancy brought back a poignant memory of another child I once met who needed an abortion.

In the early 1970s, my mother, who ran a volunteer abortion referral service, occasionally housed young women in extreme situations who came to Madison for abortion care. I was in high school, and the girls or women slept on my spare twin bed. I remember a pretty 18- or 19-year-old who had won her town’s beauty contest — a wholesome-looking, freckled blonde who was already a single mom with a blonde toddler in tow. There was a tense young Palestinian woman who had to end her pregnancy or she would surely be the victim of an honor killing. A Korean woman who stayed the night insisted on cooking us a delicious Korean feast. Ertha, thin, ill, careworn, traveled from the inner city of Chicago, accompanied by a tiny baby girl and an anxious toddler boy whom she beat.

Then there was Debra.

I can’t recall her exact age, but she looked like a scrawny, tiny, undeveloped 11-year-old. She was terribly sweet, and terribly slow. She had a disability that affected her speech and made it hard for her to eat. She was delighted to receive some hand-me-downs I’d outgrown, and smiled at everything. She had brought a teddy bear and slept with it; it went to the hospital with her. Her father told us all she could express to anyone is that it happened after the school bus dropped her off near their rural farm. Looking at her, it was impossible to believe she was old enough to get pregnant, much less that she was in the second trimester. Forcing this child to have a child would have been beyond cruel. Abortion for Debra was “a blessing,” as my mother put it.

One would need a heart of stone to want an 11-year-old victim of rape to be forced to continue an unwanted pregnancy. Those hearts of stone were readily found among the acolytes of the Catholic Church in Argentina.

The New York Times reported that “Lucia” first found out she was 19 weeks pregnant on Jan. 29, when she went to the doctor because of a severe stomachache. That’s when she told her family and the doctors that she’d been raped by her grandmother’s boyfriend, who was promptly arrested. Lucia was admitted to a hospital, where she clearly articulated to doctors: “I want you to remove what the old man put inside me.” Her family concurred.

Although abortion remains illegal in Argentina, there are exceptions in the law both for rape and if the pregnancy is life-threatening. Lucia met both criteria. But instead of terminating her pregnancy, the hospital officials stalled, giving her drugs to hasten the development of the fetus, while telling her the drugs were vitamins. The hospital permitted anti-abortionists to enter Lucia’s hospital room to harass her, where they bizarrely told her she might not have another chance to become a mother. When reproductive rights advocates finally became aware of the situation, they filed lawsuits seeking a court order to direct the hospital to carry out the abortion. Hospital doctors refused, citing “conscientious objections,” but finally allowed a husband-wife team of doctors to terminate Lucia’s pregnancy. The doctors said they had no choice but to perform a C-section because of her slight frame and the advanced pregnancy.

“When we were faced with this girl, I almost became sick, my knees turned weak,” Dr. Cecilia Ousset told the New York Times. “She wasn’t developed and was playing with toys and her mom.”

Ousset said that Lucia’s life was at risk during the procedure, because her blood pressure spiked to a dangerous level. Meanwhile, the “antis” protested outside the hospital.

The Times reported that a similar case in the same region of Argentina occurred a few weeks before Lucia’s ordeal, when a 12-year-old was forced to have a C-section, delivering a premature baby who survived four days. “In the north of Argentina,” Dr. Ousset said, “there are lots of Lucías, and there are lots of professionals who turn their back on them.”

The reaction of Argentine women has been heartwarming: posting photographs of themselves as 11-year-olds with the hashtag #NinasNoMadres (“girls, not mothers”). Let’s hope that Lucia’s tragic circumstances can hasten abortion law reform in Argentina. 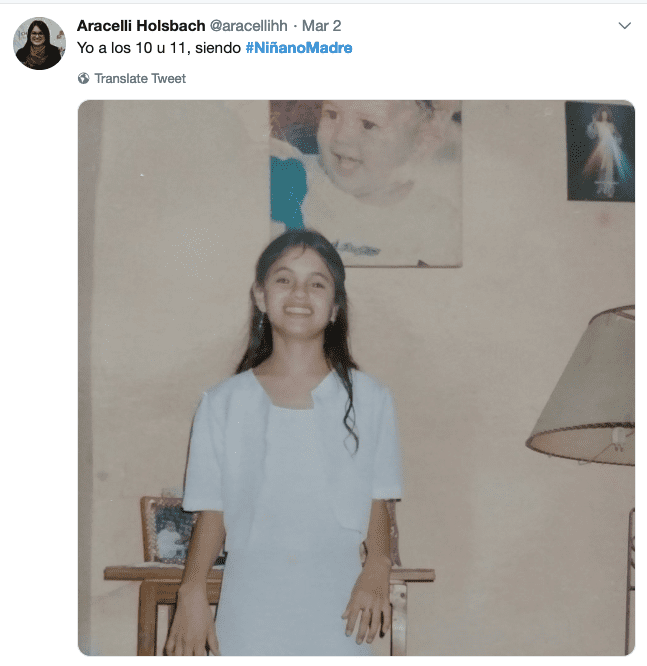 Abortion will always be needed, so long as there are men who rape, so long as contraception remains imperfect, so long as 11-year-old girls can become pregnant. There are as many reasons for an abortion as there are women seeking to end unwanted pregnancies. The decision to end an unwanted pregnancy is a supremely private decision that is nobody else’s business. As legislatures across the United States are flooded with religiously inspired anti-abortion bills seeking to chip away at Roe v. Wade, let’s keep the focus on the women (or girls) seeking abortion care — the Debras and Lucias.

Annie Laurie Gaylor is co-president of the Freedom From Religion Foundation. She co-founded FFRF in 1976 as a college student with her mother Anne Nicol Gaylor. She served as the editor of FFRF’s newspaper, Freethought Today, from 1985-2009. She became FFRF co-president with Dan Barker in 2004. Annie Laurie has authored three books for FFRF: Woe to Women: The Bible Tells Me So; Woe to Women: The Bible Tells Me So; and Women Without Superstition: “No Gods – No Masters”, the first anthology of women freethinkers.
All Articles by this author
PrevPreviousThe pope, Bladensburg, Planned Parenthood — & so much more — kept our hands full
Next(Most of) the Supremes sing our tuneNext