The goofier the tale, the more it’s swallowed 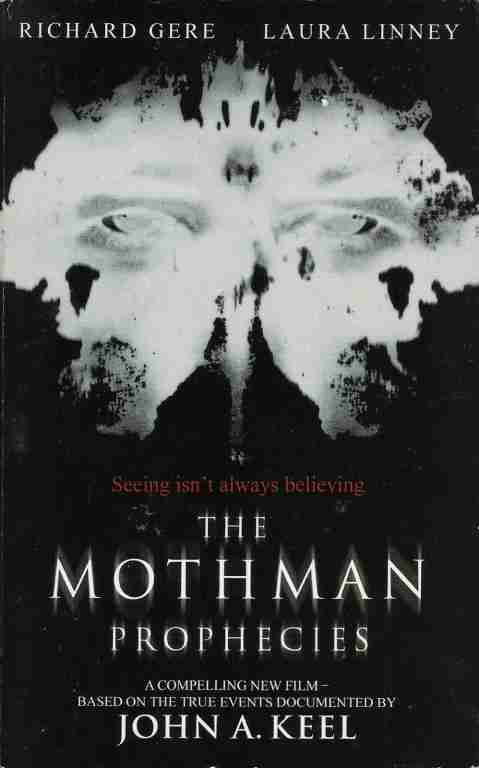 When the Richard Gere-starring “The Mothman Prophecies” was released some years ago, it made me think about the eagerness of certain people to believe nutty things, especially since it claimed to deal with supposed happenings that I reported on back in the day.

In the 1960s, I wrote newspaper articles on the Mothman craze in my home state of West Virginia. After witnesses reported a “man-size” bird with a 10-foot wingspan and glowing red eyes, I figured they had seen a huge crane in the night and gotten overexcited. But the Mothman tale was unstoppable. Ardent fans didn’t want an ornithological explanation. Speculation grew.

Flying saucer buffs — who flock to such bizarre happenings like, uh, moths to a flame — held a worldwide “Congress of Scientific Ufologists” at a Charleston, W.Va., hotel in June 1969. Sponsors said a Philadelphia mystic who communicated with “space intelligences” foresaw a wave of West Virginia UFO appearances during the session. But none occurred.

The Mothman craze was similar to the much-publicized Braxton County Monster uproar during the same era — but I won’t bore you with the 584th retelling of the Braxton sighting.

The reason for my focus on such dingaling topics is because someone sent me a book titled The Abduction Enigma. It says matter-of-factly that “between 3 million and 6 million Americans have been abducted” onto UFOs by space aliens who then experimented on them. A website offered to perform “alien implant removal and deactivation” for victims.

I’ll place a wager: If you concocted the most preposterous claim imaginable — say, that Mothman reappeared and told you to start a cult worshipping him — I’ll bet some followers would join your movement and give you money. The record contains plenty of corroboration for my claim. For example:

What does it mean that certain earnest, trusting people are eager to believe astounding things — so much that they’ll part with their money or even their lives? It’s baffling.

Back when Mothman and the Braxton creature were hot topics, my cousin and I — young renegades — hatched a scheme. We had some brilliant reflectors that had been pried from those old-time wooden guardrails along roads. We plotted to hide among roadside trees at night, step into the glare of approaching headlights, run away — and then wait for hysterical news reports about the glowing-eyed monster prowling West Virginia.

We never did it, but I still relish the memory of our youthful scheming. If we had pulled it off, eager believers today probably would be recalling the mysterious visitor with gleaming eyes who haunted West Virginia, then vanished. Who knows? Maybe it would have been a blockbuster follow-up to “The Mothman Prophecies.”

The column is adapted and updated from a nationally syndicated piece in the April 25, 2002, Charleston Gazette. Image in the public domain.

James A. Haught, syndicated by PeaceVoice, was the longtime editor at the Charleston Gazette and has been the editor emeritus since 2015. He has won two dozen national newswriting awards and is author of 12 books and 150 magazine essays. He also is a senior editor of Free Inquiry magazine and was writer-in-residence for the United Coalition of Reason.
All Articles by this author
PrevPreviousDeVos, “Stay Home” rap, a lawsuit & an evergreen movie
NextAds, columns, radio, TV, social media broadcasts — and much, much moreNext