The flag is risen 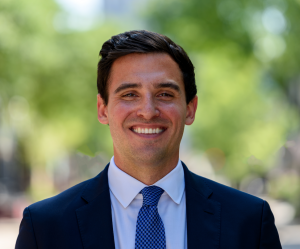 America was not founded as a Christian country. The Founding Fathers were actually deeply concerned about the establishment of a national religion. They witnessed the evils of religious persecution under the King of England and recognized government-established religion as one of the many tools of oppression favored by tyrannical regimes. It is why the Establishment Clause is in the First Amendment: “Congress shall make no law respecting an establishment of religion, or prohibiting the free exercise thereof.” The clause offers dual protection: The government cannot establish and impose a national religion on its citizens, nor can it prohibit or restrict anyone’s freedom of conscience and choice of faith. Importantly, the Constitution never evokes the name of any deity. It is a godless document.

Yet, a growing number of people think the United States was founded as a Christian nation. For example, Rep. Marjorie Taylor Greene – who repeatedly conflates nationalism with patriotism – believes Americans should be proud to call themselves “Christian nationalists” (notably, the KKK agrees). Rep. Lauren Boebert recently stated that she is “tired of all this separation of church and state junk” and that “the church is supposed to direct the government. The government is not supposed to direct the church. That is not how our Founding Fathers intended it.” Greene, Boebert and others continue to push Christian nationalism, an ideology that falsely claims that America was founded as a Christian country, supports eliminating the separation of state and church, and believes that Christianity should guide the law.

Christian nationalism is no longer a fringe ideology and is a direct threat to our democracy. Prayers, signs and other symbols of Christian nationalism were prominently displayed during the Jan. 6, 2021, attack on the Capitol in a reckless attempt to undermine the legitimate will of the people. Individuals carried bibles and crosses, held “Jesus 2020” signs, and “Appeal to Heaven” flags. Sen. Josh Hawley encouraged the insurrectionists, holding up a fist in support of their efforts shortly before he was caught on camera running for safety as rioters broke into the Capitol.

Moreover, there is a strong connection between Christian nationalist thought and restricting voting rights. A national survey conducted right before the 2020 election revealed that “20 percent of white Americans who strongly embrace Christian nationalism – about 30 million adults – are more likely to believe we make it ‘too easy to vote’ in the U.S.” This same group is “much more likely to believe that ‘voter fraud is getting rampant’ and deny ‘voter suppression’ (historically targeted against minority communities) is a problem at all.”

Earlier this month, the Christian flag, which consists of a white banner with a red cross on a blue background in the upper left corner, was raised at Boston City Hall. This flag-raising event was the result of the recent U.S. Supreme Court decision, Shurtleff v. Boston, a case in which the high court ruled 9-0 that the city wrongly denied a request by Harold Shurtleff and his ultraconservative and religious nonprofit, Camp Constitution, to fly the Christian flag for Constitution Day in September 2017. Allegedly, Camp Constitution was motivated to fly the Christian flag as a response to an LGBTQ flag flown by the city during Pride Month. In the decision handed down earlier this year, the court found that Boston had designated its grounds as a public forum, which grants citizens the right to use that space for free speech. A public forum allows public and private organizations to apply to raise a flag of their choosing on one of the flagpoles for a limited period of time. According to Shurtleff, the city rejected Camp Constitution’s application, citing separation of state and church concerns and suggested that if Camp Constitution had excluded the word “Christian” in its application, it most likely would have been approved.

A staunch defender of the First Amendment, FFRF has also often availed itself of the benefits of a public forum. When the government allows such speech, we agree that it cannot discriminate based on viewpoint. While FFRF disagreed that Boston had established a public forum, the Supreme Court resolved the case finding that it had.

I watched the event, which was live-streamed, and can report that instead of using the flag-raising event to champion free speech, Camp Constitution leveraged the majority of the hour-long ceremony to peddle the ahistorical view that America was founded as, and continues to be, a Christian country.

Camp Constitution was represented at the Supreme Court by Liberty Counsel, a Christian nationalist legal outfit. Of course, their lawyers were on hand at the ceremony. Jonathan Alexandre, senior counsel for governmental affairs at Liberty Counsel, opened his remarks by saying, “In this public setting, in this public forum, on government property, I am free to say that there is one God, and there is one mediator between God and man, and that is Jesus Christ. The government rests on his shoulders.”

Rev. Steven Craft, chaplain of Camp Constitution, went further: “Lord, this is a Christian nation. It was founded on Christian principles. And there is not a devil in hell that is going to change that . . . We are not going to listen to revisionist history. We’re not going to listen to lies that this country was not founded on Christian principles.” Upon hearing protesters, Craft deviated from his planned remarks to reproach them, ironically for exercising their own free speech: “Young person in the back, Jesus loves you [. . .] Son, don’t you realize that God could strike you dead right now?” Nothing says “Jesus loves you” quite like God striking you dead.

The real revisionist history is the assertion that America was founded as a Christian nation. While it is true that many of the Founders were men of faith – mostly deists and Unitarians – what they personally believed about gods or Jesus is irrelevant to the founding of our democracy. What is relevant is that they understood the importance of separating state and church to best serve the interests of a sustainable democracy.

Thomas Jefferson frequently wrote in support of separation of state and church and famously penned in a letter to Eldridge Gerry (another Founder) that, “I am for freedom of religion, and against all maneuvers to bring about a legal ascendancy of one sect over another.” During the 1788 Virginia Convention to ratify the Constitution, James Madison stated, “Freedom arises from the multiplicity of sects, which pervades America and which is the best and only security for religious liberty in any society. For where there is such a variety of sects, there cannot be a majority of any one sect to oppress and persecute the rest.” Arguably, the best indication that America is not a Christian country can be found in the 1796 Treaty of Tripoli, signed by John Adams: “The United States is not, in any sense, a Christian nation.”

Despite the overwhelming evidence that the Founders did not support nor envision a future in which one religion dominated the country, members of Camp Constitution and other speakers sent the chilling message that there can be only one religion in America: Christianity. The speakers’ comments on the importance of free exercise of religion and free speech cannot be taken seriously when, in the same breath, they argued not for freedom of religion, but rather demanded that all citizens accept Christianity as the only acceptable creed. Besides being factually inaccurate, exclusionary and discriminatory to the minority-religious population and nonbelievers, Camp Constitution’s comments ignore the fact that nonreligious Americans are the fastest-growing segment of the U.S. population by religious identification. A recent Pew Survey found that nearly a third of Americans “describe themselves as atheists, agnostics or ‘nothing in particular when asked about their religious identity.’” Yet another survey found that 21 percent of Americans born after 1999 are atheist or agnostic.

Christian nationalism is a real danger to our democracy and undercuts the values on which our country was founded. Just how dangerous, you ask? The last time the Christian flag received this much press was when it was carried by insurrectionists at the Jan. 6 attack on the Capitol in which multiple people, including Capitol police officers, died over the false claim that the 2020 election was stolen. What happened to love thy neighbor?

Jeff Mollet is entering his third year at the University of Wisconsin Law School, where he serves as president of the Technology Law Student Association and secretary of the American Constitution Society. Jeff graduated with honors from Lawrence University in 2013, where he received a B.A. in English and Spanish.