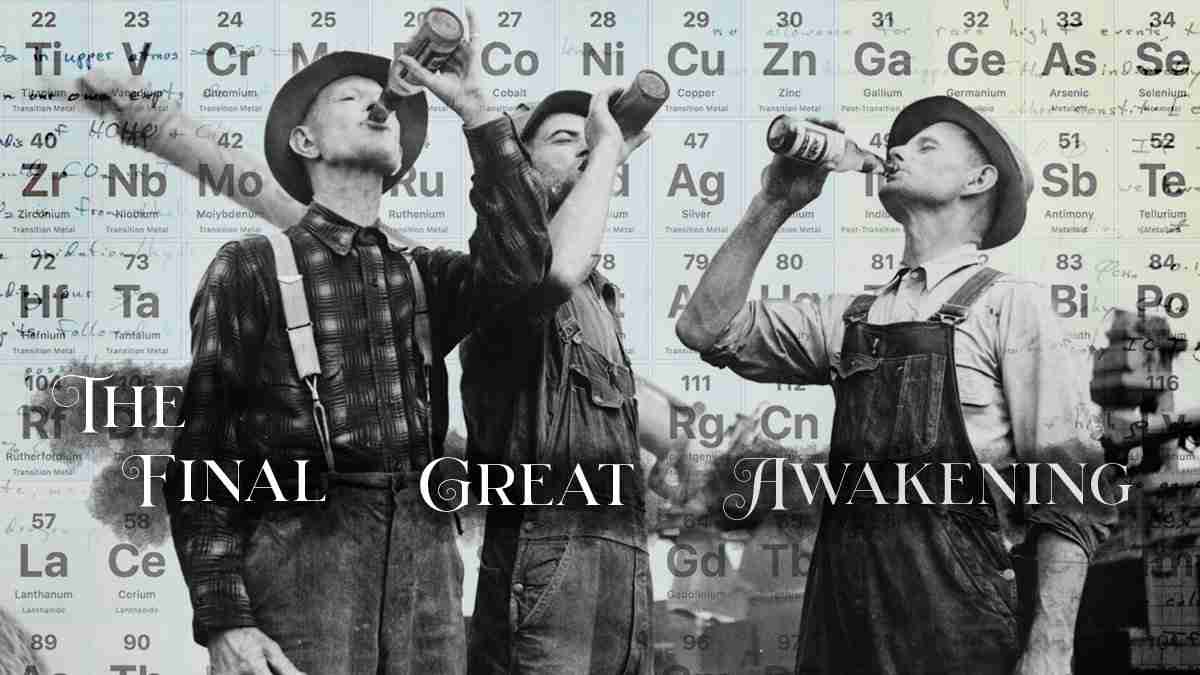 Back in the 1960s, the TV show “That Was the Week that Was” delighted cynical viewers. One episode showed Democratic Party insiders choosing a running mate for President Lyndon Johnson. The discussion went like this:

“So what we need is: a Northern, liberal, atheist drunk.

“Now the question is: Which one?”

The skit was funny because it contained a nugget of truth: Progressive Northern Americans were losing belief in supernatural gods and devils, and ignoring church strictures against alcohol and other Puritanical taboos.

Well, I think America is enjoying a Fourth Great Awakening — a rational shift away from religion, a growing realization that gods and devils, heavens and hells, miracles and prophecies, are just fairy tales, unfit for intelligent, educated people. We’re living through a Final Awakening, one to atheism.

A new Secular Age is snowballing around us. Thousands of reports have been written about the remarkably rapid collapse of religion in Western democracies.

—The transformation of white evangelicals into a narrow-minded wing of a partisan party is so repulsive that it alienates modern young people.
—Standards of living have grown so comfortable and secure that fewer people need supernatural gods to beg for help.
—Decline of young married couples with children reduces the basic segment of church membership.

All these explanations surely offer parts of the truth. But I propose a fourth cause:

—Rising intelligence, education and the scientific outlook have altered the culture until more people doubt the magical claims of churches.

We’re in a scientific age, when supernatural stories can’t be swallowed without evidence.

I’ll be 90 next month. I’m sad that I won’t witness much longer the evolution of Western culture. But I hope the Fourth and Final Great Awakening keeps rolling until religion is generally considered a silly myth.

James A. Haught, syndicated by PeaceVoice, was the longtime editor at the Charleston Gazette and has been the editor emeritus since 2015. He has won two dozen national newswriting awards and is author of 12 books and 150 magazine essays. He also is a senior editor of Free Inquiry magazine and was writer-in-residence for the United Coalition of Reason.
All Articles by this author
PrevPreviousAtheist parenting lesson: Kindergarten daily pledge leads to early god talk
NextBeing childfree is not selfishNext