Skip to content
PrevPreviousAnti-abortion imagery in my community
NextA bad Supreme Court, a new podcast, a Jan. 6 report — and our conventionNext

The backstory of the Waco tragedy 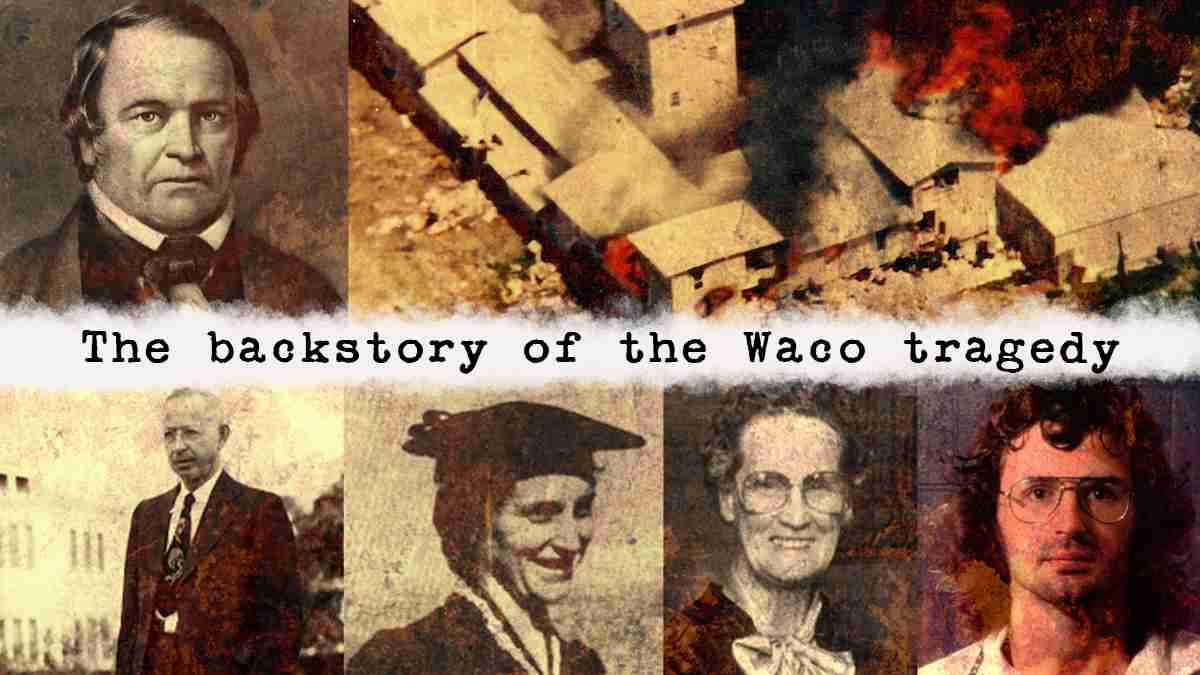 Many Americans remember the siege of the Branch Davidian cult compound at Waco, Texas, that ended earlier this month in 1993 and left more than 80 cultists and four federal officers dead. But few know that the story actually began 150 years ago with an outlandish fiasco.

Since watching weird religion is my hobby, I’ll tell you the tale.

In the 1830s, a New England Baptist preacher, William Miller, computed from obscure prophecies in the Book of Daniel that Jesus would return to Earth between March 21, 1843, and March 21, 1844. Miller began warning of the approaching apocalypse. By the 1840s, he had drawn nearly 100,000 followers.

When the fateful time arrived, the “Millerites” prayed and prayed –— but nothing happened. Then, Miller re-examined the bible verses and announced that he had erred; the correct date would be Oct. 22, 1844. As it neared, many of the faithful gave away their possessions and waited on hilltops for the heavens to open. Again, zilch.

Many Millerites lost their faith, but a hard core held firm. Some of them insisted that doomsday had actually occurred on Oct. 22, but it was a preparatory event in heaven that would be followed soon by Jesus bursting forth onto Earth. This group formed the Seventh-day Adventist Church.

He died in 1955, and the Davidians prayerfully awaited his resurrection. When it didn’t happen, his widow Florence took over. She proclaimed that the Second Coming would be on Easter Day, 1959. Hundreds of followers around America quit their jobs, sold their belongings, and hurried to Waco for the rapture. Wrong again.

Once more, the disillusioned departed, and a hard core persisted. A member named Ben Roden took command and named the survivors Branch Davidians. He died in 1978, leaving the commune, called Mount Carmel, to his widow Lois and son George.

Soon afterward, a 23-year-old Texas Adventist named Vernon Howell, a ninth-grade dropout, moved into the compound (and reportedly became the lover of the 67-year-old widow). He had hypnotic charisma, electrifying the others with his revelations of the coming apocalypse. He married the 14-year-old daughter of a commune couple — but soon declared that God had commanded him to establish a House of David, in which he was to have as many wives as King David. He bedded more than a dozen commune females, one merely 11, another 50. He gave each a Star of David to wear as an emblem that she had been chosen by the king.

After Lois Roden died in 1986, her son George vied with Howell for command. Long story short: Howell prevailed. Reigning as sole prophet, he preached that he was an angel sent by God to implement the Second Coming. He said God ordained him to move to Israel and convert the Jews, which would trigger the Battle of Armageddon and make Earth a paradise for the surviving faithful. Howell visited Israel — but failed to persuade many minds.

Traveling around the globe, the dynamic young prophet attracted converts, however, who sold their possessions, gave all their money to him, and followed him to Waco to live in the compound. In 1989, he proclaimed that all women in the compound were his brides, and the rest of the men must remain celibate. Some married couples rebelled and left. Others obeyed.

In 1990, Howell changed his name to David Koresh and began preaching that the great doomsday battle would occur in Texas. He and his lieutenants bought hundreds of guns and machine guns, plus ammunition, gas masks and other war supplies.

Federal agents heard that the commune contained illegal machine guns, and took steps to disarm the cult. The siege’s outcome is a well-known American tragedy.

The Waco saga has entered history, like Jonestown, the witch-hunts and other bizarre episodes. As we go about our daily lives, it’s unsettling to realize that some people among us are capable of believing such far-out fantasies, enough even to die for them.

This column has been adapted and updated from a piece originally written for the summer 1994 issue of Free Inquiry.

James A. Haught, syndicated by PeaceVoice, was the longtime editor at the Charleston Gazette and has been the editor emeritus since 2015. He has won two dozen national newswriting awards and is author of 12 books and 150 magazine essays. He also is a senior editor of Free Inquiry magazine and was writer-in-residence for the United Coalition of Reason.
All Articles by this author
PrevPreviousAnti-abortion imagery in my community
NextA bad Supreme Court, a new podcast, a Jan. 6 report — and our conventionNext