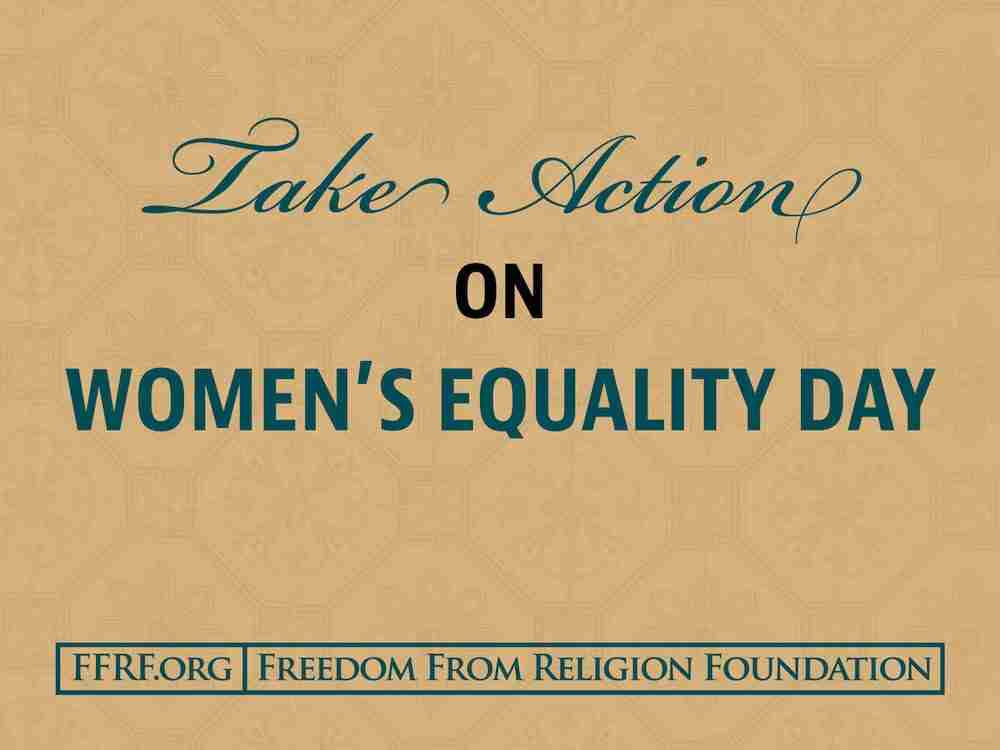 Today, Aug. 26, 2021, marks the 101st anniversary of the adoption of the 19th amendment in 1920, affirming women’s right to vote. It’s also the 48th Women’s Equality Day, thanks to legislation introduced by New York member of Congress, feminist and freethinker Bella Abzug in 1971. Women’s Equality Day commemorates women’s suffrage and additionally calls attention to continued efforts toward full emancipation of women. Reproductive rights are crucial in this fight for justice.

The year 2021 has been a terrible legislative year for abortion rights in the United States. In fact, more abortion restrictions have been enacted this year than in any since the Supreme Court’s 1973 landmark decision in Roe v. Wade that acknowledged women’s constitutional right to abortion. These abortion restrictions exacerbate inequalities to women by increasing logistical, financial and legal barriers to abortion care. Women of color and low-income women are particularly marginalized by these discriminatory laws.

A cursory search into the impetus for abortion restrictions reveals the religious motivations of anti-abortion legislators.

In Montana, state Rep. Lola Sheldon-Galloway, a sponsor of a bill that bans abortions at 20 weeks’ gestation, said, “I stand today as a witness that this practice of infants dying because they are not wanted or not planned is an abomination in God’s eyes — and I will continue to fight for the most invulnerable.”  When Arkansas state Sen. Jason Rapert, a longtime foe of FFRF, co-sponsored a near-total abortion ban, he explained: “There’s six things God hates, and one of those is people who shed innocent blood. I’m not going to be a part of any of that.”  Alabama state Rep. Terri Collins described her religious influences for co-sponsoring an anti-abortion bill: “I have a very strong faith … I was very prayed over … It’s my faith that grounds me. Time I spend with my God and my Lord, that strengthens me and being in scripture, I think gives me wisdom and helps me — I’m not saying right or wrong — but helps me see what I believe is true.”

It is not surprising that these abortion bans are rooted in Christian nationalism, which seeks to impose its worldview on a secular nation. The right to an abortion is a cornerstone to bodily autonomy and self-determination. In fact, egalitarianism is counter to Christian scripture. One such bible verse that exemplifies this is 1 Corinthians 6:19-20: “Or do you not know that your body is a temple of the Holy Spirit who is in you, whom you have from God, and that you are not your own?” When a holy text tells women that their bodies are not their own, religious right legislators feel justified in passing anti-science and anti-women laws. Indeed, there are not medical or evidence-based reasons to ban or restrict abortions — there are only religious motivations.

That is why it is so necessary for science and reason to be heard on this Women’s Equality Day. Let’s commemorate this historic day by contacting our representative and senators in Congress and asking them to support the Women’s Health Protection Act, which protects abortion rights by nullifying state abortion bans. Additionally, the act would protect against medically unnecessary restrictions and guarantee the right of patients to receive abortion care. We can also ask our senators to pass the budget without the Hyde and Weldon Amendments, which will give women access to safe and affordable abortion care.

BARBARA ALVAREZ is a contributing writer for the Freedom From Religion Foundation. Previously she had held the role as FFRF's inaugural Anne Nicol Gaylor Reproductive Rights Intern, a program set up to memorialize FFRF’s principal founder, who was an early abortion rights activist and author of the book Abortion is a Blessing. Barbara was a major winner in FFRF’s essay competition for graduate students, writing about the bible’s role in the abortion battle.
All Articles by this author
PrevPreviousSheep, goats and vaccines — How religion creates a permission structure for anti-vaxxers
NextJudicial reform, anti-vaxxers, preachy officials, and religious warfareNext