Doing our patriotic duty this Fourth of July 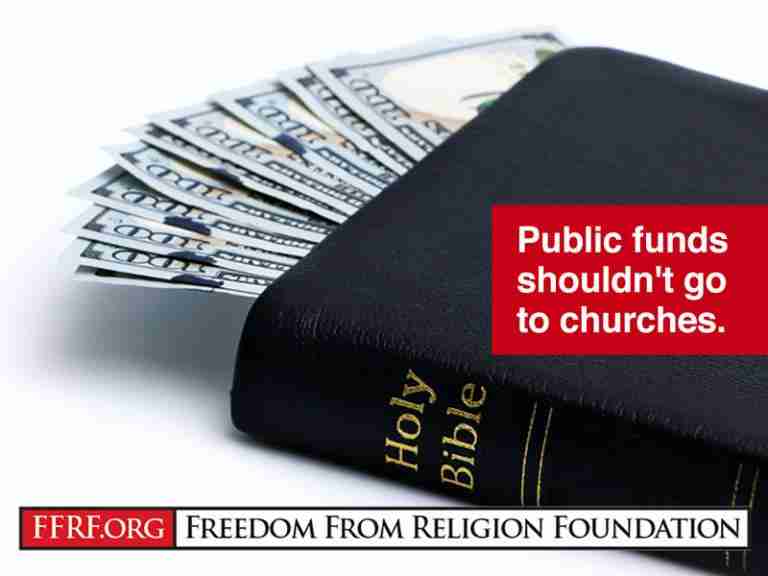 FFRF kicked off its 2018 voter registration campaign, in conjunction with other leading national secular groups, in picturesque Coeur d’Alene, Idaho.

Pruitt shows that theocrats are more willing to violate other laws

Embattled EPA Administrator Scott Pruitt is a prime example of a theocrat who believes he’s above the law. The Constitution  — especially the First Amendment — is a check on the government’s power. So violating the First Amendment is, in every sense, an abuse of power. If a government official is willing to abuse his […] 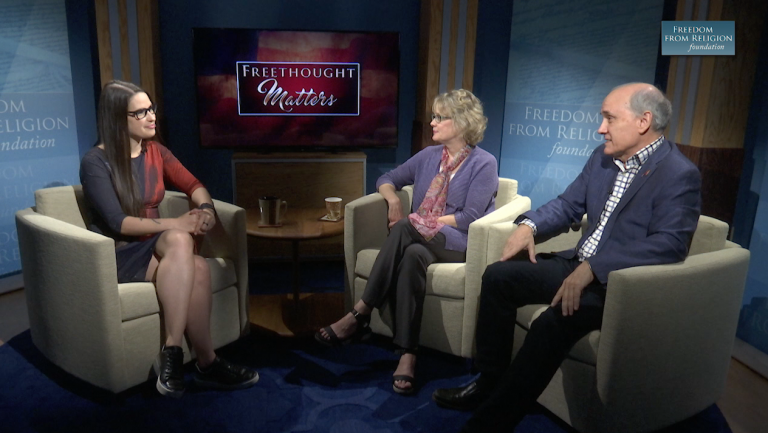 International, national, state and local — we’ve been clashing with theocratic governments at all levels this week here at the Freedom From Religion Foundation. 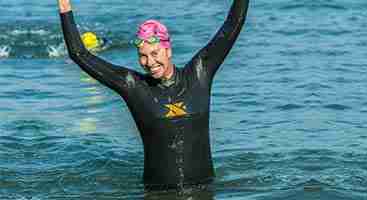 That Beatles classic often comes to mind to us at the Freedom From Religion Foundation when we assess what we accomplish each week.

We were engaged in rapid response

We here at the Freedom From Religion Foundation are proud of how we often engage in rapid response, and, boy, were we in that mode this week.

An Open Letter to Okla. Attorney General Scott Pruitt on the Ten Commandments 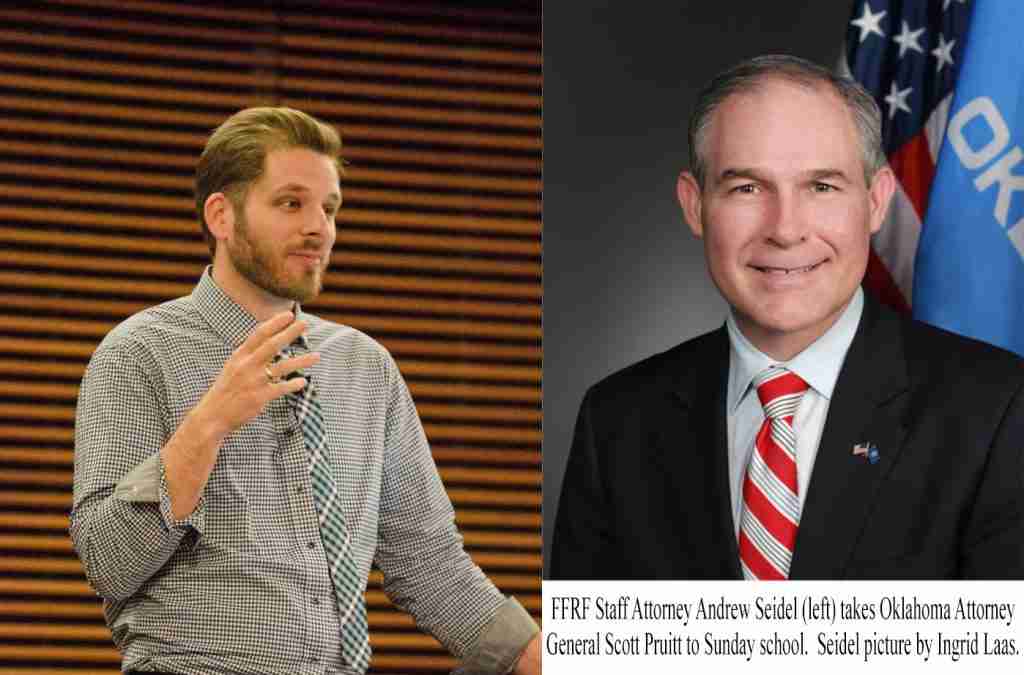 “As Oklahoma’s highest law enforcement officer you ought to be saying ‘good riddance’ to the bad rubbish this monument represents, not promising to repeal part of Oklahoma’s law.”   Dear Mr. Pruitt: We’ve tangled several times before. Once regarding a Christian men’s club using Oklahoma public schools to distribute their particular version of the bible, an […]