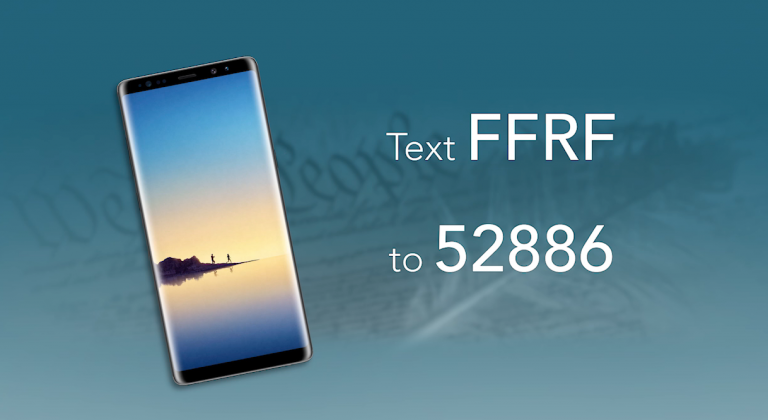 On Thursday, we filed a lawsuit in D.C. District Court against the IRS on behalf of our charitable arm, Nonbelief Relief.

Kavanaugh a supreme setback, but FFRF will move forward 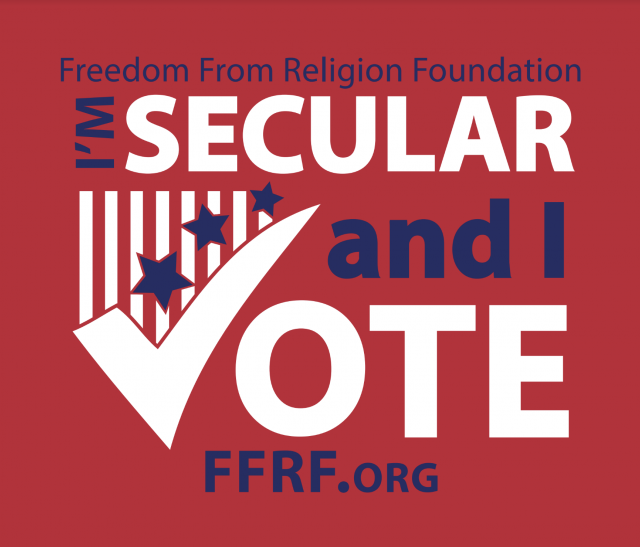 We at the Freedom From Religion Foundation have been heart-warmed by support since the confirmation Saturday of Brett Kavanaugh.

Kavanaugh has our attention — but not all of it 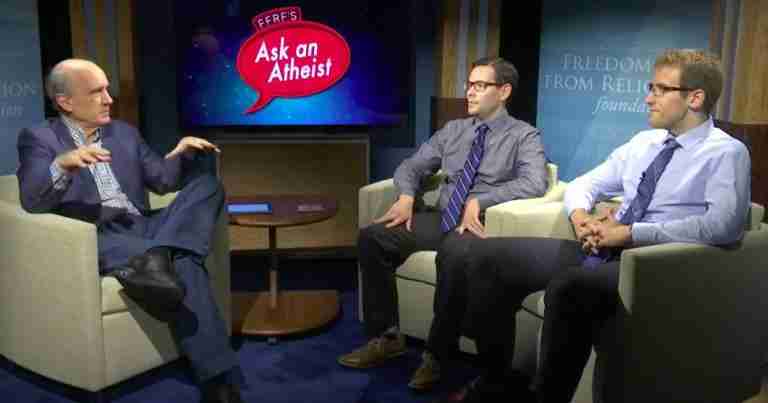 Of course, we’ve been closely following the proceedings, and have been asking you all repeatedly (including this week) to urge your senators to vote against confirming him for a lifetime Supreme Court appointment.

Kavanaugh, Roy Moore, Ted Cruz — and so much more 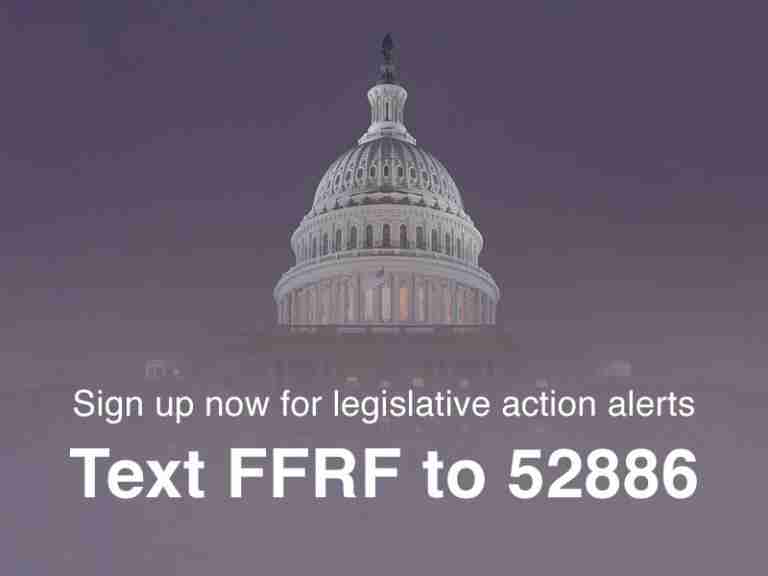 A showdown is coming soon with a floor vote.

We don’t shy away from combat 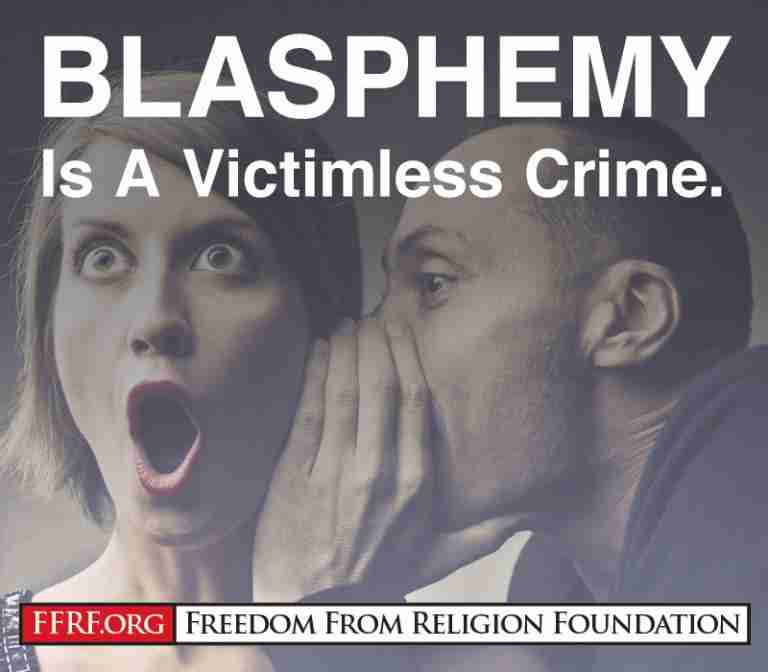 In an important legal fight, we have on our side one of the foremost legal scholars in the country.

A monumental week for FFRF 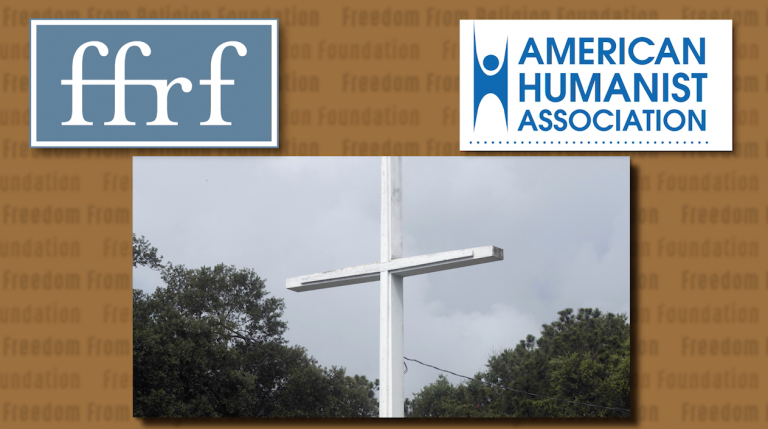 Filling you in on some constitutional wins  The Freedom From Religion Foundation scored some major victories this week both in and out of court. A 34-foot cross on public land was ruled unconstitutional by an appeals court, we brought the secular viewpoint to the Religious News Association conference, and Mike Huckabee is afraid of us […] 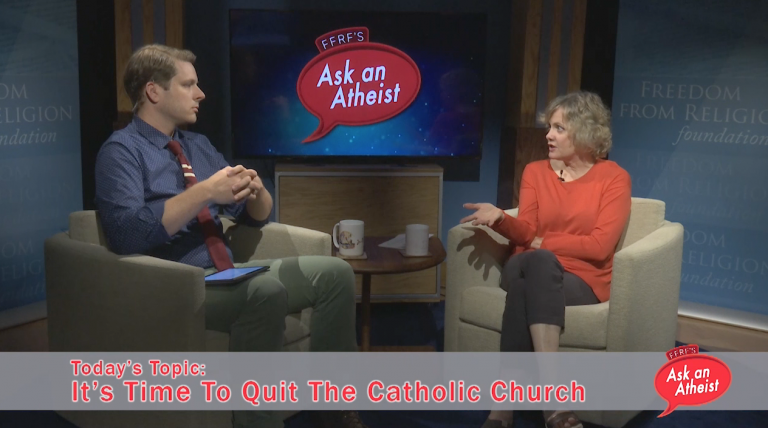 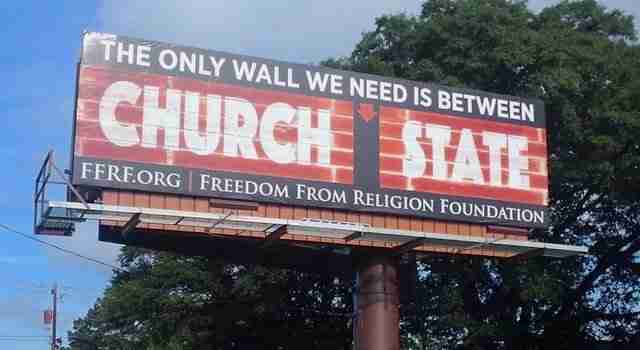 That’s why in the Atlanta area, we put up a large billboard urging folks in the South’s most bustling metropolis to discover our nation’s foundational wall: the one separating state and religion.

Hypocrisy, God, and the Originalism of Judge Kavanaugh 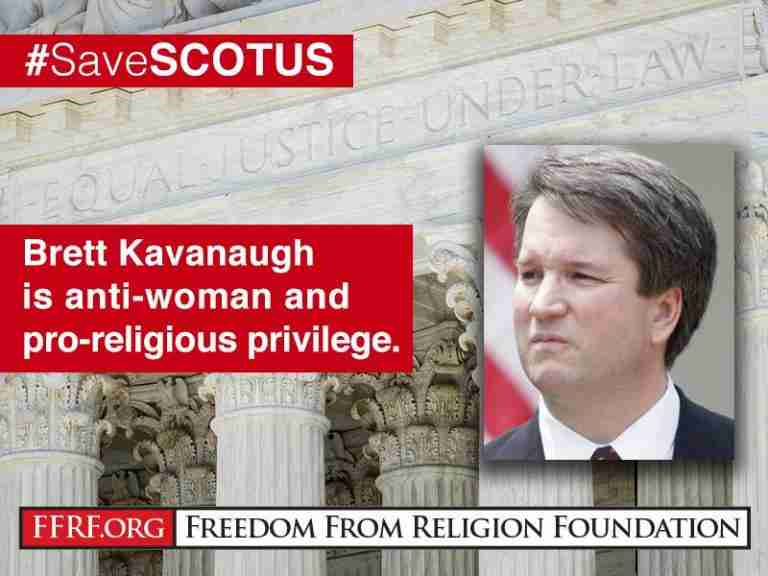 Originalism has plenty of critics, and for good reason, but rarely does an originalist judge demonstrate the hypocrisy of originalism as completely as Brett Kavanaugh did in a 2010 opinion involving atheists suing Chief Justice John Roberts over presidential inaugurations. To understand how hypocritical that opinion was, we first have to understand what it means to be an originalist.