In the service of our mission, we at the Freedom From Religion Foundation were more resilient than the U.S. Postal Service in enduring the polar vortex.

During a week when the temperatures in our hometown of Madison, Wis., matched that at the South Pole (kid you we not!), we were compelled to shut down just one day; the Post Office suspended mail for two. Everything and everyone from President Trump to a U.S. Supreme Court cross case ensured that we continued our work.

A storm of our own
In fact, we engaged in a storm of our own: We blitzed Chicago with billboards and an advertisement in the city’s alternative weekly that asked people to leave the Catholic Church, not letting our censorship by the two major dailies there deter us. A Chicago-area member who was sexually abused at age 13 by his parish priest suggested and underwrote the campaign. 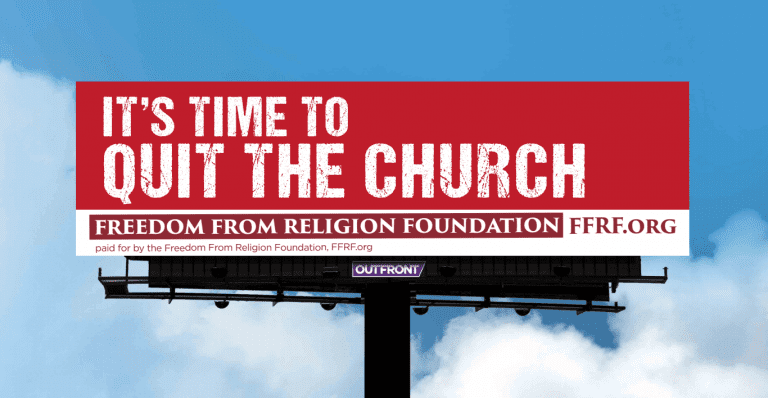 “If parents want to teach their children about the bible, they should,” Andrew wrote. “When the government gets involved and starts dictating religious truth and myth, everyone is going to get upset. The best course is to leave religion to the private sphere, where it belongs.”

Ohio has OD’d on the bible
And the week was aptly bookended by another high-ranking public official pushing his religion. The new Ohio governor, Mike DeWine, used not one or two but nine (!) bibles during his swearing-in ceremony. “Instead of swearing in on nine bibles, it would have been far more appropriate for you to swear in on the U.S. Constitution, a godless and entirely secular document, whose only references to religion are exclusionary,” we reminded the guv.

Memo to Supreme Court: Keep in mind freethinkers
In freezing temperatures, we were busy working with other groups on key issues, too. We crafted a friends-of-the-court brief, joined by four other secular organizations, on one of the most important First Amendment cases of our time before the U.S. Supreme Court. The court will be holding oral arguments on Feb. 27 in the challenge of a major appeals court victory that the American Humanist Association obtained over a mega-cross erected as a war memorial in Bladensburg, Md. “The Supreme Court needs to keep in mind the rights and sensibilities of the large disbelieving portion of the U.S. population while making its decision,” we are urging.

Countering a religious blitz
We also engaged in a joint effort with dozens of other organizations in spotlighting “Project Blitz,” a coordinated national push by the Congressional Prayer Caucus Foundation and others to incorporate Christian nationalism in state laws across the country. That’s why in a statement, FFRF and several other secular-minded groups urged legislators across the nation to oppose Project Blitz and similar efforts. 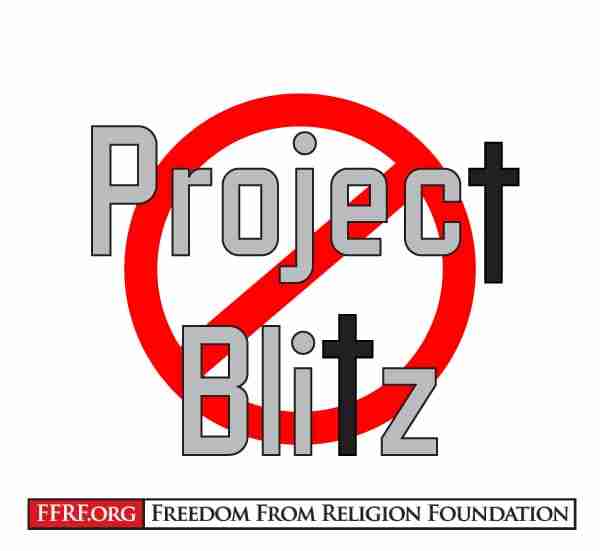 The weather can’t stop us from winning
The severe weather here didn’t cramp our run of victories. We dissuaded an Illinois school district from hosting an “illusionist” whose main trick seems to be to imposing the illusion of religion on captive school audiences. Another Illinois district promised us that it would end religious instruction (“The Twelve Days of Christmas” recast as a parable!) in elementary school math classes. And we persuaded the Tennessee Department of Human Services to nix religion from a state-mandated curriculum for child care workers.

Our unique television and radio guests
Even our television show, “Freethought Matters,” has been unaffected by the chill. California civil rights attorney David Kaloyanides is the featured guest this week, discussing FFRF’s major court victory successfully challenging pious school board meetings in Chino Valley, Calif. David, appropriately, is interviewed by Andrew and FFRF Legal Director Rebecca Markert. The show is broadcast in eight cities Sunday morning (check out the timings here) or you can catch it on YouTube now. 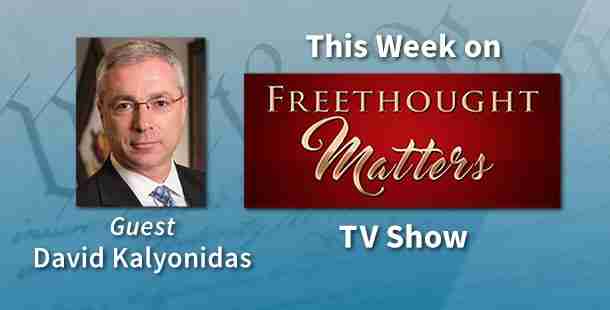 On our current Freethought Radio program, FFRF Co-Presidents Dan Barker and Annie Laurie Gaylor talk to a person who heads a unique group. On our 666th radio show (that’s how long we’ve devilishly been around!), Lucien Greaves, co-founder and spokesperson for the secular state/church activist group, The Satanic Temple, tells us about the real purpose of his organization. 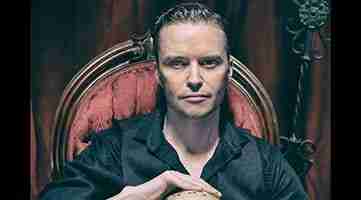 See, we didn’t let the extreme weather conditions here deter us. We know we could always rely on your warm support.

All Articles by this author
PrevPreviousTrump pushes bible classes in public schools, backs Project Blitz
NextNewspaper prints death threat against me: What the Effingham?Next