Supreme Court ruling on anti-abortion centers has a hypocritical ring 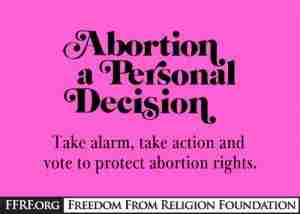 It’s hard to keep up with the disastrous news emanating from the Supreme Court this week.

Lost in the shuffle of the court ruling allowing the Muslim ban, which itself was quickly overshadowed by Justice Anthony Kennedy’s retirement announcement, was another momentous high court decision. With a 5-4 vote in the Becerra case, the court overturned on Tuesday a California law requiring religiously oriented “crisis pregnancy centers” licensed by the state to notify women that abortion is legal and available.

The first clue that the Becerra decision is a bad ruling is that it was penned by Justice Clarence Thomas, joined by the usual suspects (including Kennedy, who was unreliable on regulations about abortion but consistently upheld the core of Roe v. Wade). The court ruled on the right of the California Legislature to tell anti-abortion crisis centers to inform women that abortion and contraception is legal and available. The majority declared the law a free speech violation and championed the principle of barring the government from compelling people to impart information against their religion and beliefs.

At first blush, one might concur that private religious entities should not be compelled by the state to post notices against their beliefs. Thomas wrote, “California cannot co-opt the licensed facilities to deliver its message for it.”

But, as dissenting Justice Stephen Breyer pointedly noted, the Supreme Court in 1992 affirmed the right of state governments to do precisely this: to force physicians performing abortions in licensed facilities to “deliver its message for it,” a message intended to discourage abortions. Breyer is more tactful than me, since he terms the Becerra decision “inconsistent.” I call it downright hypocritical.

The facts of the case involve about 200 crisis pregnancy centers in California that the Legislature found used “intentionally deceptive advertising and counseling practices that often confuse, misinform and even intimidate women from making fully informed, time-sensitive decisions about critical health care.” The law required these licensed centers, which deliberately lure women with unwanted pregnancies via deceptive advertising and the promise of free pregnancy tests or ultrasound, to post notices advising that low-income women have the right to access no or low-cost abortion, contraception and prenatal care through public programs. The notice was to include a phone number for more information. Although the law blocked by the court doesn’t apply to unlicensed clinics, it did require such clinics to identify themselves as unlicensed.

As Breyer observes: “If a state can lawfully require a doctor to tell a woman seeking an abortion about adoption services, why should it not be able, as here, to require a medical counselor to tell a woman seeking prenatal care or other reproductive health care about childbirth and abortion services?” He adds that “the rule of law embodies evenhandedness, and ‘what is sauce for the goose is normally sauce for the gander.’”

But the new “normal” is no longer normal in United States jurisprudence under the Trump administration. What is particularly disturbing is the recurring theme in 2018 Supreme Court rulings of near-prayerful references to “sincerely held religious belief” as a concept that takes pre-eminence over all else. These decisions conflate the freedom of conscience to believe as you like under the First Amendment with the freedom to act upon those religious convictions with impunity.

Look at the disconnect between the decision upholding the Muslim ban this week with the Masterpiece Cake decision. The majority in Masterpiece took umbrage that, after a gay couple filed a civil rights complaint with their local government when denied service by a local baker, Jack Phillips, “the commissioner even went so far as to compare Phillips’ invocation of his sincerely held religious beliefs to defenses of slavery and the Holocaust.” (One expected the court majority to start passing the smelling salts at this dose of criticism of religion grounded in fact.) Justice Neil Gorsuch’s concurrence added, “That kind of judgmental dismissal of a sincerely held religious belief is, of course, antithetical to the First Amendment and cannot begin to satisfy strict scrutiny.”

Gorsuch and the court majority are wrong. The government or individuals must respect the right of individuals to believe as they like, but they cannot be compelled to respect or somehow elevate beyond the rule of law the beliefs themselves. Ironically, as the New York Times editorialized this week, even though the target of President Trump’s remarks “was not a single shopkeeper but millions of Muslims around the world,” the high court majority evinced no concerns for Muslims’ “sincerely held religious beliefs.”

The court is making mischief by confusing the issue of free speech. As Breyer warns in his dissent on the California ruling, using the First Amendment to strike down such legislation “will, for the American public, obscure, not clarify, the true value of protecting freedom of speech.”

Women, especially the most vulnerable, are the losers in this case. And it is women’s rights that are especially imperiled by Justice Kennedy’s resignation, given Trump’s vow to appoint only a nominee who will vote, unlike Kennedy, to overturn Roe v. Wade. For more than a decade, Roe v. Wade has hung by Kennedy’s swing vote — and now we’ve lost that vote.

Annie Laurie Gaylor is co-president of the Freedom From Religion Foundation. She co-founded FFRF in 1976 as a college student with her mother Anne Nicol Gaylor. She served as the editor of FFRF’s newspaper, Freethought Today, from 1985-2009. She became FFRF co-president with Dan Barker in 2004. Annie Laurie has authored three books for FFRF: Woe to Women: The Bible Tells Me So; Woe to Women: The Bible Tells Me So; and Women Without Superstition: “No Gods – No Masters”, the first anthology of women freethinkers.
All Articles by this author
PrevPreviousWinning, challenging, debunking and warning: a typical week
NextWhy I no longer debate Dinesh D’SouzaNext