We at the Freedom From Religion Foundation had a successful week. It began with the U.S. Supreme Court taking our side on Monday morning.

“A case involving the now discontinued Mercer County School System’s Bible in the Schools program will not be heard by the U.S. Supreme Court,” reports the main paper in the West Virginia county. “The Supreme Court on Monday declined to hear an appeal of a decision made last year in the 4th Circuit Court of Appeals in Richmond, Va. That decision overturned a dismissal of a lawsuit filed by the Wisconsin-based Freedom From Religion Foundation in 2017 seeking to end the Bible in the Schools (BITS) program in Mercer County schools.”

We rejoiced, since this means that the Supreme Court validated our legal strategy. “This decision will stand as precedent, ensuring that people who are harmed by religious indoctrination in their community can pursue legal action to end those illegal practices,” said FFRF Senior Counsel Patrick Elliott, who is handling the case for us. In our “Newsbite” segment, Patrick describes the human toll that such religious indoctrination exacts in our public schools. 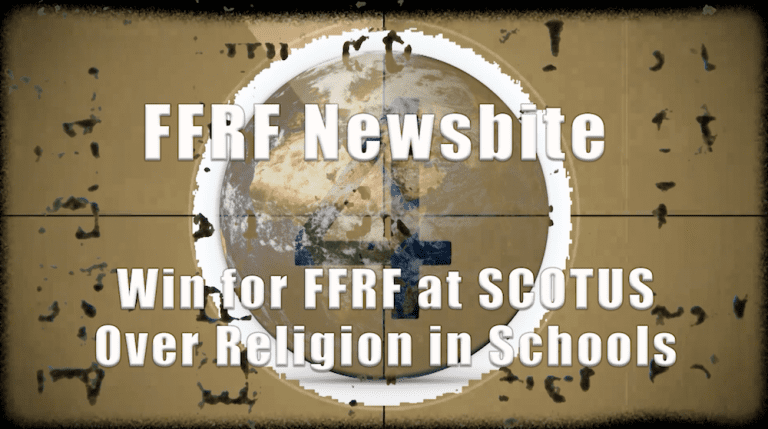 Amber Guyger judge admits to her religiosity
Our complaint last week to a Texas judicial commission about the Amber Guyger murder trial judge’s inappropriately proselytizing behavior made news globally. (Here’s coverage in The Guardian and here’s the New York Times article.) This week, we followed up with a letter showing how the judge inadvertently confessed to her religious motivations on CNN. In her interview, “Kemp is not referring to the oath she took as a judge, but is instead citing Micah 6:8 from the bible,” we pointed out. On our lively “Ask an Atheist” Facebook Live feature, FFRF Co-President Annie Laurie Gaylor and Director of Strategic Response Andrew Seidel explain why we felt compelled to intervene. 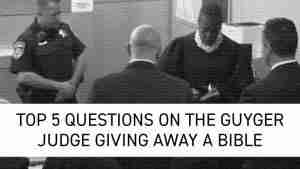 Challenging the Tenn. guv on home turf
When Tennessee Gov. Bill Lee designated this Thursday as a day of prayer and fasting, we decided to take him on in his own neighborhood. “Gov. Bill Lee is doing a disservice to the Constitution — and his citizens — in declaring Oct. 10 as an official day of prayer and fasting,” Annie Laurie and FFRF Co-President Dan Barker wrote in an op-ed in the Knoxville paper.

Kentucky students, send in your art submissions!
In Tennessee’s neighboring state of Kentucky, we’ve launched an art contest and a billboard campaign to protest a new law requiring “In God We Trust” to be displayed in every public school. The billboards are going up all around Louisville. And any student currently enrolled in a Kentucky public school (K-12) who disagrees with the new law is invited to submit a poster design or other artwork to us. Hey Kentuckians (and those of you with friends or family there), spread the word!

Spotlighting a freethinking student
We use billboards ever-so-often as a mass medium of expression. That’s why we have a freethinking University of Tennessee, Knoxville, student featured on a large sign near his campus. On this week’s radio show, Dan and Annie Laurie interview Therrin Wilson, this very impressive student, about his life and nonbelief. 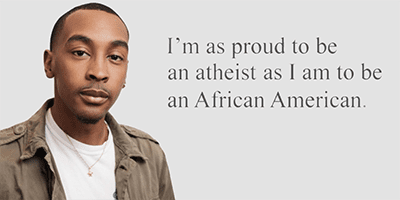 Cohabitation is an ungodly thing
An (almost) hilarious official order that we interceded on this week was a North Carolina sheriff’s office outrageous directive forbidding employees from cohabiting except with a spouse or a close relative.

“The Scotland County Sheriff’s Office in North Carolina has a brand new policy for all employees moving forward: If you decide to move in with your boyfriend or girlfriend before getting married, you could be fired since you’re making God sad,” writes Friendly Atheist blogger Hemant Mehta. “Seriously. That’s their policy. The Freedom From Religion Foundation has the receipts.”

Yes, we do. (The sheriff is now claiming that the diktat had already been rescinded.)

Stop serially violating the Constitution
We had to reintervene in a blatantly religious Kentucky school district that we compelled to remove preachy social media postings last month. The school system has a bunch of ongoing constitutional infringements, such as Ten Commandment displays and an invitation to a local pastor to pray with the football team. “Subjecting students of any religion or no religion at all to this dogma in schools is completely inappropriate,” Annie Laurie commented. 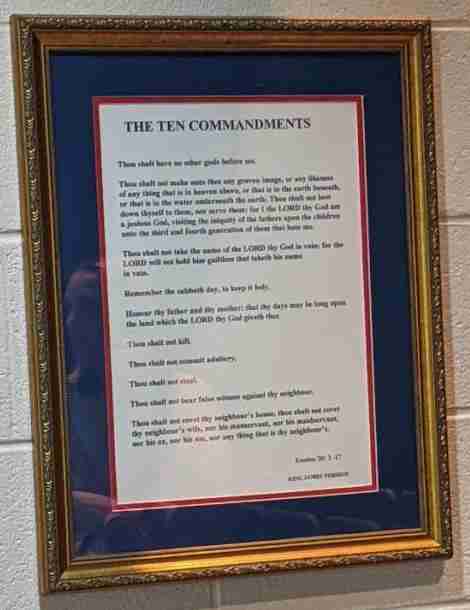 No ministry in a public school
We protested a new partnership between a Tennessee public school and a church to set up a “mentoring ministry program” for students. “It is shocking that the school district is allowing such a blatantly inappropriate program to operate in its schools,” Annie Laurie remarked.

An ex-Muslim opens up
We have an interesting guest for you on our TV show airing this Sunday around the nation. Ibn Warraq, a prominent ex-Muslim who has written a number of books on Islam, talks about his heretical life and work on our “Freethought Matters” TV show. Check out the timings for cities nationwide here. Or you can now catch it any time on our YouTube channel.

Supreme Court cases, international media, billboards and TV shows — we’re able to operate on all these fronts only due to your dedication.

P.S. We’re gearing up for our annual convention here in Madison, Wis., from Oct. 18-20. Hope to see you all there!