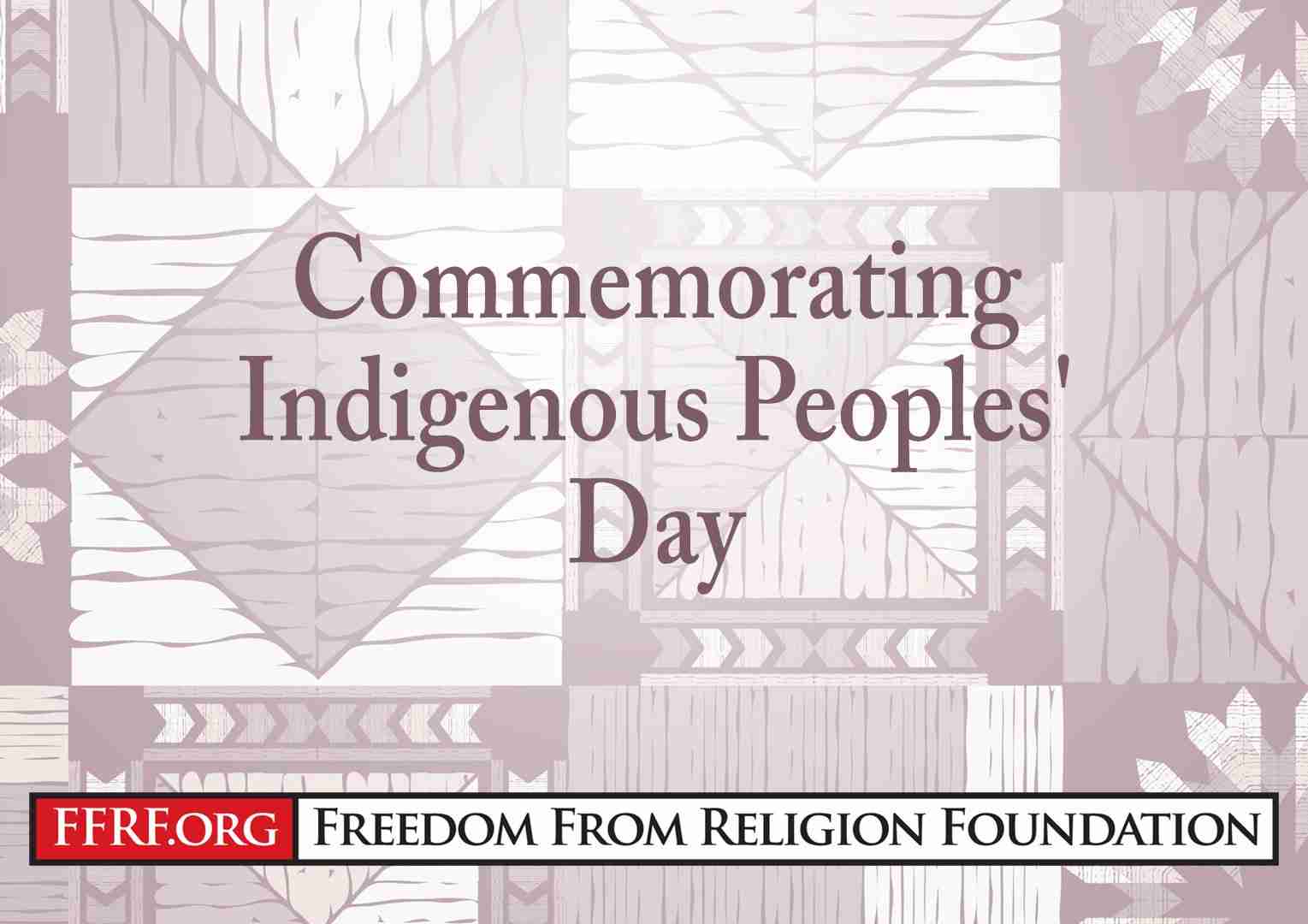 Today, Oct. 11, marks Indigenous Peoples’ Day, which celebrates and honors Native Americans, their histories and their cultures. This year’s observance is especially noteworthy, since it is the first time that a U.S. president has officially recognized Indigenous Peoples’ Day, issuing a proclamation about “the invaluable contributions and resilience of Indigenous peoples” and recognizing “their inherent sovereignty, and … honoring the federal government’s trust and treaty obligations to Tribal Nations.”

As citizens of the United States, it is essential that we educate ourselves about the history of Indigenous communities, as well as advocate for the rights of Indigenous peoples. On this day, we are reposting my previous blog post about the need for Native American reproductive justice.

In the face of genocide, removal from their land, forced Christian and Western assimilation, and lack of comprehensive health care, Native American nations have consistently been denied their ability to raise children in safe and sustainable communities. However, Native American populations have been demanding reproductive justice since they first encountered white settlers.

Much of the denial of rights for Native American populations has been rooted both historically and contemporarily in evangelism. For example, on March 3, 1819, the Civilization Fund Act was founded to create schools in Native American territories. The Fund provided money to missionaries and church leaders so that they could partner with the federal government and create programs that would indoctrinate Native children in Christianity. Five years later, the Bureau of Indian Affairs was established to ensure that the funds and programs would “civilize” Native Americans.

Called “mission schools,” nearly 400 boarding and day schools forcibly assimilated Native Americans. While various Christian denominations operated many of these schools, nearly 100 were organized by the Catholic Church. Army officer Richard Pratt was a leader in founding these schools and their education programs. He famously said that mission schools should “kill the Indian in him, and save the man.” Often located in areas where there were no public schools, mission schools took portions of treaty and trust fund monies — money that was given to Native Americans by the federal government in exchange for their land — in order to cover tuition costs. As food rations could be dependent on whether or not one’s child was enrolled in school, Native American families were effectively forced to send their children to private, religious schools that siphoned their money. Records from the Bureau of Catholic Indian Missions show that over the span of just nine years, Native parents gave religious schools the equivalent of $30.4 million in today’s dollars.

While there, Native American students were stripped of their culture, heritage, and identity. Long hair was cut short, their names were changed, and they were forbidden from speaking their native language.

Native Americans have also historically been given poor access to health care. Although the Snyder Act of 1921 was formed to provide funding for health care to Native Americans and Alaskan Natives, and expanded by the Indian Health Care Improvement Act of 1976, it wasn’t until 2010 that the act was codified by President Obama.

And like the mission schools of the past, the 1976 passage of the Hyde Amendment wielded religious control over Native American bodies.  As a provision to an appropriations bill, the Hyde Amendment restricts federal funding for abortion. Therefore, Native American women are denied subsidized abortion care under the Indian Health Services plan. It is important to underscore that the Hyde Amendment is a religiously rooted bill that was introduced by Rep. Henry J. Hyde, a staunch Catholic whose religiously motivated efforts to eradicate abortion access were praised by the Catholic Church.

In the face of these injustices, Native American communities have organized and fought for their human rights. In 1985, the Native American Community Board was formed by Native Americans living in or near the Yankton Sioux Indian Reservation of South Dakota to protect the health and human rights of Native Americans, the nonprofit centers on cultural preservation, education, reproductive justice, environmental justice, natural resource protection and coalition-building.

One of their initiatives is the Native American Women’s Health Education Resource Center. Formed in 1988, the center provides direct services to Native women and their families in South Dakota. It also fights for reproductive justice and to end the violence against women on a local, national, and international scale. Its reproductive justice reports and roundtables focus on the consistent denial of health care to Native American women.

More than half of Navajo women have had an unintended pregnancy, according to a report published by the Navajo Epidemiology Center. This signals that reproductive health care, like contraception education, in Native American communities is underfunded. It also is in step with the evangelical anti-contraception movement imposing abstinence propaganda through sex education curricula in all-too-many public schools. Ultimately, Native American communities should have autonomy over their reproductive health care and resources. They should not be subject to outside religious influences.

This historical and contemporary denial, much of it rooted in evangelism, of reproductive justice to Native Americans needs to end. We must call on our representatives to support the Women’s Health Protection Act (WHPA) of 2019 and the Equal Access to Abortion Coverage in Health Insurance (EACH Woman) Act of 2019, which are crucial to reproductive liberty. WHPA would end the medically unnecessary and unscientific barriers to abortion care, and EACH Woman would overturn the Hyde Amendment. Both would be a step in the right direction for the health of women across the country, including Native Americans who have reduced reproductive care and are ineligible for subsidized abortion care.

BARBARA ALVAREZ is a contributing writer for the Freedom From Religion Foundation. Previously she had held the role as FFRF's inaugural Anne Nicol Gaylor Reproductive Rights Intern, a program set up to memorialize FFRF’s principal founder, who was an early abortion rights activist and author of the book Abortion is a Blessing. Barbara was a major winner in FFRF’s essay competition for graduate students, writing about the bible’s role in the abortion battle.
All Articles by this author
PrevPreviousThe Texas abortion ban, the Supreme Court, the Catholic Church & Joel Osteen
NextReligion is largely to blame for Catholic Church sex abuse scandalNext