Skip to content
PrevPreviousBattling the Pentagon, Trump and Sessions — with Margaret Atwood and Ron Reagan on our side
NextProtesting Mike Pence, condemning Paula White & doing the constitutional thingNext

Big names and big cases — this week was incredibly big for us at the Freedom From Religion Foundation. 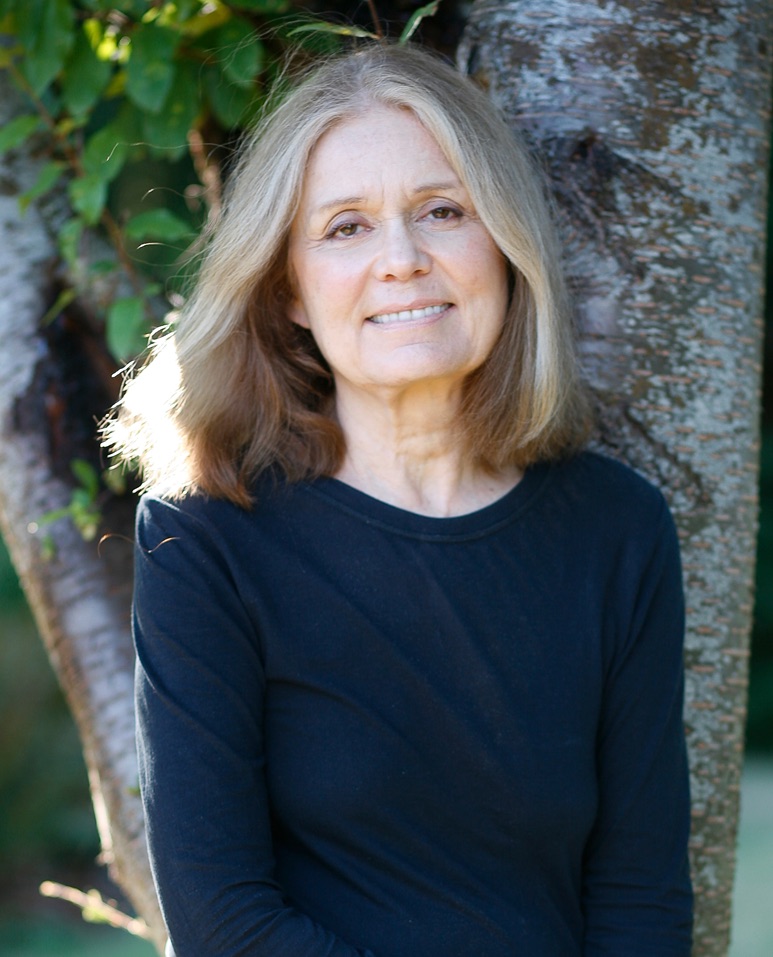 Gloria Steinem! You can’t get a bigger name than that. But indeed we’ve managed to get the legendary activist to speak at our annual convention in San Antonio in November. Steinem will take part in a public conversation with FFRF Co-President Annie Laurie Gaylor on Friday, Nov. 13, and will then sign copies of her newest book, The Truth Will Set You Free, But First It Will Piss You Off! at a private reception, a fundraiser for FFRF. The reception is limited to the first 50 individuals who sign up for the $500 event, which includes a copy of the book. Sign up now!

As we announced last week, literary titan Margaret Atwood will also be gracing the San Antonio convention. There will be an exclusive event with her, too: “An Evening with Margaret Atwood” takes place Friday night in the form of a conversation with journalist Katherine Stewart. Atwood will be signing books after the discussion, followed by a private reception. Those who sign up for the $500 VIP reception for FFRF will receive a copy of Atwood’s Booker-winning The Testaments, a sequel to The Handmaid’s Tale. More the reason to attend! Both celebrities will also receive our Forward Award — for moving society forward.

A crucial moment at the Supreme Court
The U.S. Supreme Court heard a big state/church separation case this week. The Espinoza case involves a neo-voucher scheme in the state of Montana, and we urged the court to look at our friend of the court brief to understand the real issue at stake here: true religious liberty.

“Religious liberty is imperiled in this case,” our brief asserts. “But this case is not about discrimination; it is about government-compelled support of religion. Every Montana citizen has the right to not be taxed to fund religion.”

Our perspective got covered in major media.

“The Freedom From Religion Foundation filed a friend-of-the-court brief in the Montana case as well, contending that it is ‘not about discrimination’ but ‘about government-compelled support of religion,’” reported the Religion News Service.

And Fox News reported: “Groups weighing in [on the Espinoza case] include the libertarian Cato Institute, large groups of states on both sides of the issue, former Wisconsin governor and school choice advocate Scott Walker, several members of Congress, the Trump administration, the Freedom From Religion Foundation and more.”

Voucher school proponents claim that no-aid clauses in state constitutions (such as the one in Montana’s at stake in the Espinoza case) were inserted due to historical anti-Catholic bias. This is a complete misreading, as we demonstrate.

“A phony but powerful argument against the ‘no-aid’ clauses is to label them ‘anti-Catholic,’ in particular tying them to nativist movements in the late 19th century against the wave of Catholic immigrants,” we point out. “In fact, the no-aid principles date to the American founding, and have been supported by many Catholics.”

An ‘IM GOD’ type of guy
On Freethought Radio this week, we talk about the Espinoza case, as well as President’s Trump new school prayer guidelines, then chat with the delightful Ben Hart, who we successfully represented in his quest to get an “IM GOD” license plate from the state of Kentucky.

The author of a book celebrating 100 atheists
On the “Freethought Matters” TV show this week, Annie Laurie and FFRF Co-President Dan Barker interview Chris Johnson, an author and filmmaker who is the author of a gorgeous coffee table book called A Better Life — 100 Atheists Speak Out on Joy & Meaning in a World Without God (an assemblage of freethinking voices, big, small and in-between) and the producer of the accompanying film. See where you can watch the interview this Sunday. Or you can always catch it on our YouTube channel. 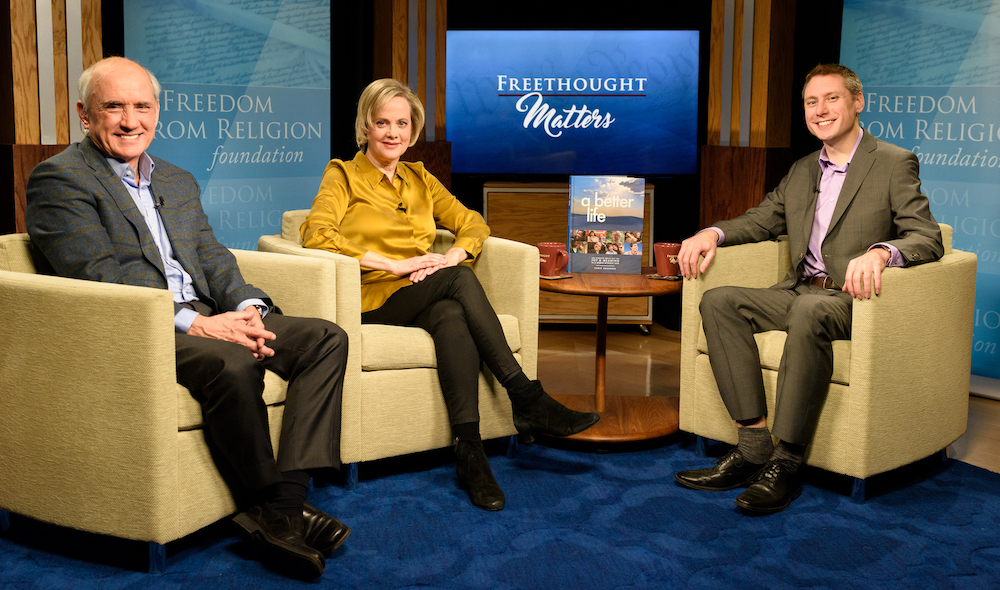 Exposing public school violations
We spotlighted this week multiple violations in a Florida school district, such as a football team chaplain. No violation occurring in our public school system is too small for us.

Our small but significant attempts
The past two weeks have witnessed a slew of bad bills in statehouses around the country — such as anti-choice legislation and attempts to mandate “In God We Trust” in public schools. FFRF Editorial Assistant Bailey Nachreiner-Mackesey has been hard at work sending out Action Alerts to members to in these states to mobilize them.

No matter how big or small we go, we’re able to accomplish it all only due to you and your generosity.

All Articles by this author
PrevPreviousBattling the Pentagon, Trump and Sessions — with Margaret Atwood and Ron Reagan on our side
NextProtesting Mike Pence, condemning Paula White & doing the constitutional thingNext