We at the Freedom From Religion Foundation were batting for the Constitution this week — with quite a satisfactory score.

An Oklahoma school district promised to give a preachy softball coach a talking-to following our intercession.

“It’s great that the school district has taken notice of the coach’s behavior,” said FFRF Co-President Annie Laurie Gaylor. “We’re confident that it will not hesitate to call him ‘out’ if such behavior continues.” 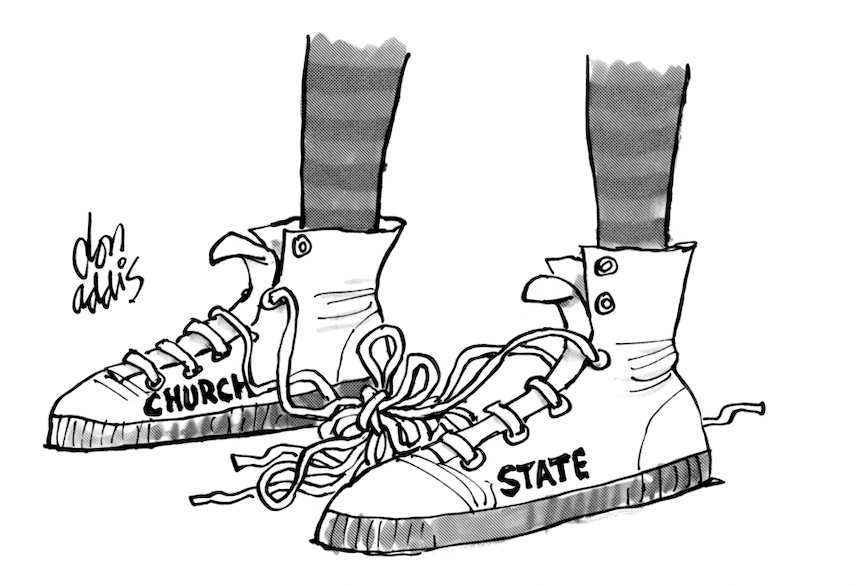 Get rid of your football chaplaincy
Sporting matters took up a good amount of our time. We warned a Florida school district that a football chaplain needs to be ejected from the field. “Officials need to realize that a chaplaincy at a public school is ‘playing foul’ with the Constitution,” Annie Laurie remarked. 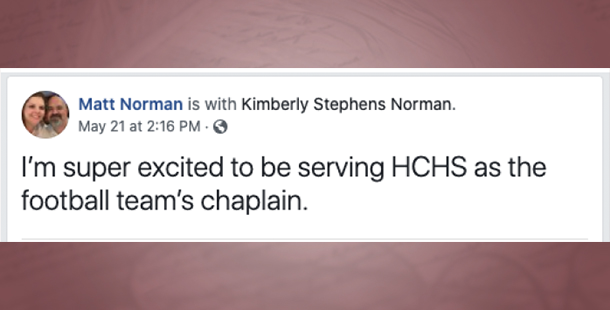 “A Midwestern activist group is criticizing Lubbock’s University Medical Center (UMC) over a banner the hospital has hanging from one of its parking garage structures,” a local radio station reported. “The Freedom From Religion Foundation, which is based in Madison, Wisconsin, says it wants UMC to ‘stop engaging in unconstitutional religious promotion.’ UMC says the banner is slated to be removed as the COVID-19 pandemic comes to end.” 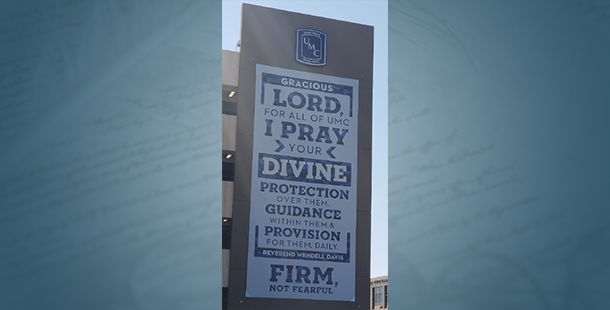 Stop your prayers!
And we engaged in some good old local government imploring. Cease starting your meetings with a prayer, we asked a North Carolina city council. For instance, Chaplain Paul Norman delivered this opening prayer at the January King City Council meeting:

Let us pray. … Heavenly Father, these are Your servants, we are Your servants. We call upon You to give us mercy and grace. Give us wisdom to make decisions that will bring our city into the future in a great way. We pray, Lord, that each and every one here would know that Jesus Christ is their savior. For we know, Lord, that the wrath is coming upon those who do deny Him, and we pray, Lord, that Your mercy and grace will ascend and be with each and every one here that might have comfort and peace in this time of … turmoil. … In Jesus’ holy name we pray. Amen. 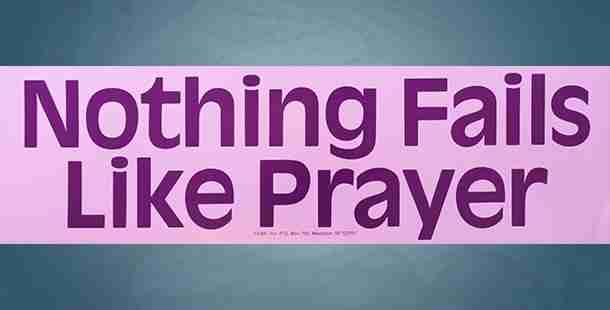 A Catholic problem
We had harsh words for the Catholic Church and a Religious Right insurrectionist legislator.

A Milwaukee Archdiocese announcement that it does not intend to fully cooperate with the Wisconsin Department of Justice’s investigation into church sex abuse and cover-up underscores the need for the probe — and for increased church transparency, we opined. While Pope Francis has been paying lip service to changing what he called a “culture of abuse” throughout the church, many church leaders are clearly committed to hiding, and perhaps even perpetuating, that culture. 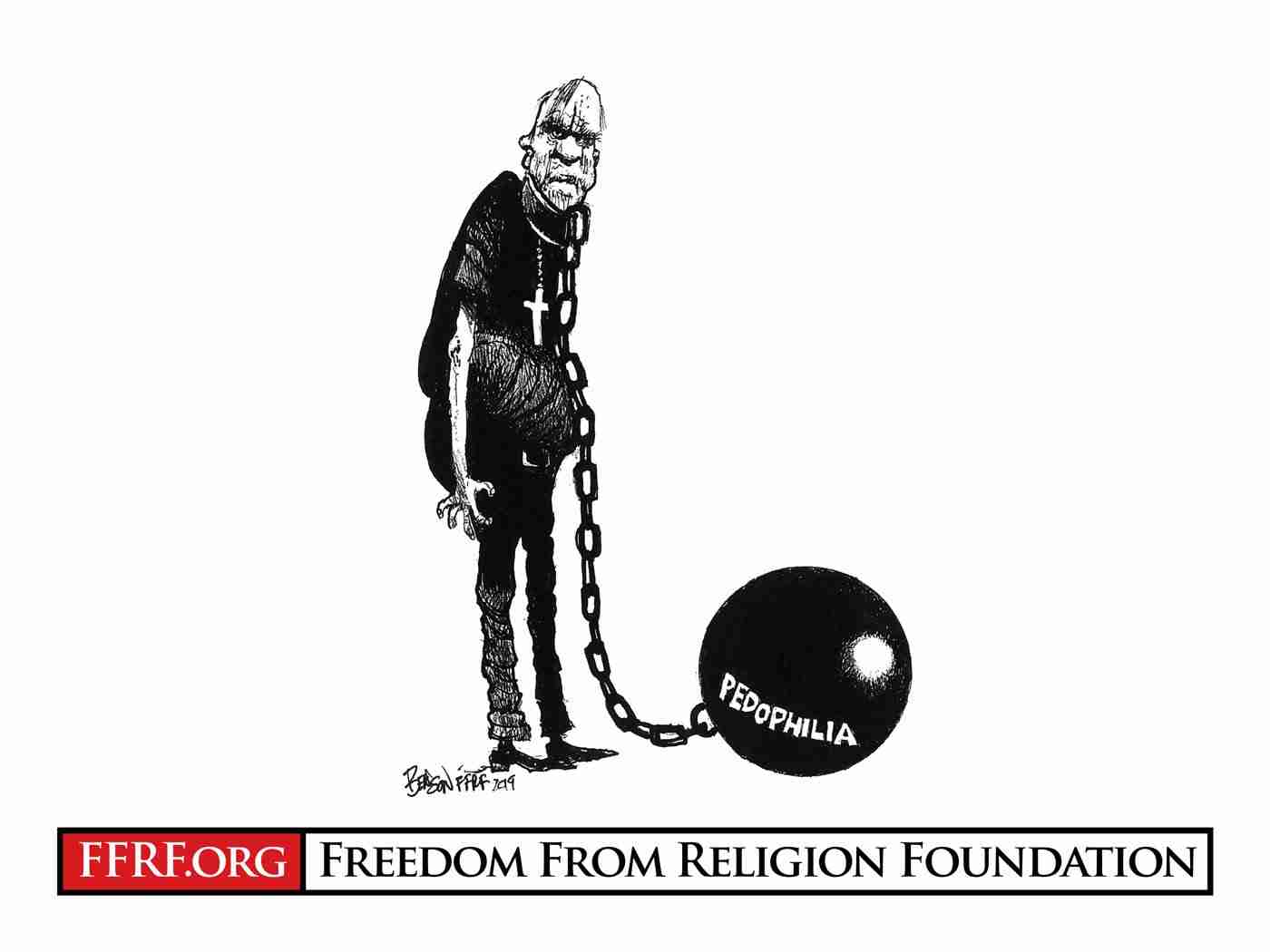 Resign, we advise an Oregon legislator
We agreed with a bipartisan call for the resignation of an Oregon state representative implicated in what appear to be seditious actions in cooperation with Christian nationalists. A mob in December invaded the Oregon state Capitol, aided and abetted by state Rep. Mike Nearman. A bipartisan special committee is considering whether Nearman should be expelled. Of course, Nearman should be expelled — if he does not do the right thing and resign first, we stated. 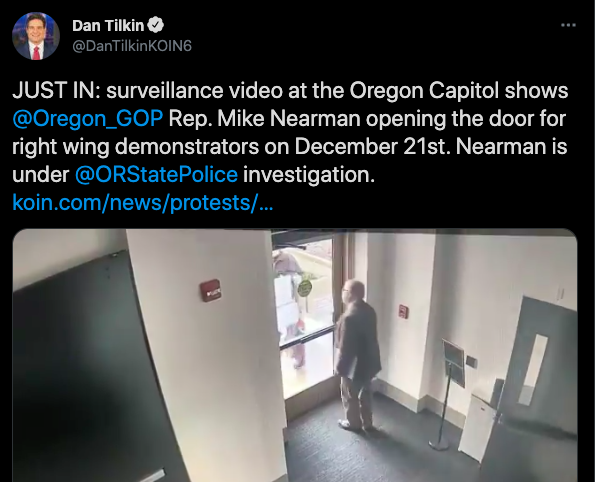 Please help in passing an abortion rights bill
In her most recent blog, FFRF Anne Nicol Gaylor Reproductive Rights Intern Barbara Alvarez focuses on an important piece of pending legislation. “The future of abortion in the United States is in peril — and that’s the reason we need your help,” she begins. Read on to find out how. 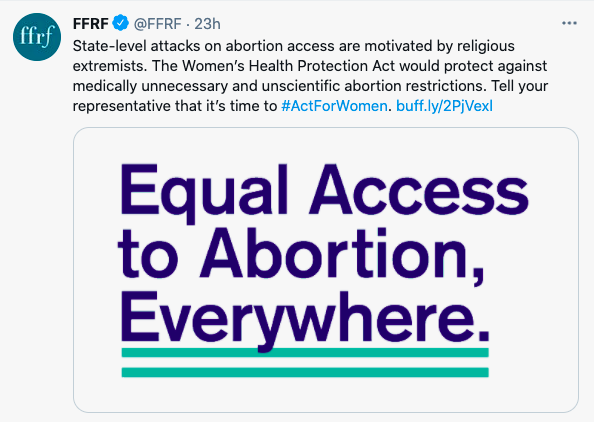 Why does God allow evil?
Veteran freethinker and writer Jim Haught deals in his blog with a fundamental philosophical question: the godly problem of evil.

“For thinking people, there’s only one possible answer to the age-old problem of evil: The all-loving Father proclaimed by many faiths cannot exist,” he concludes. “Simple logic makes this conclusion unavoidable. Logic doesn’t preclude a sadistic Creator — but it rules out a compassionate one.” 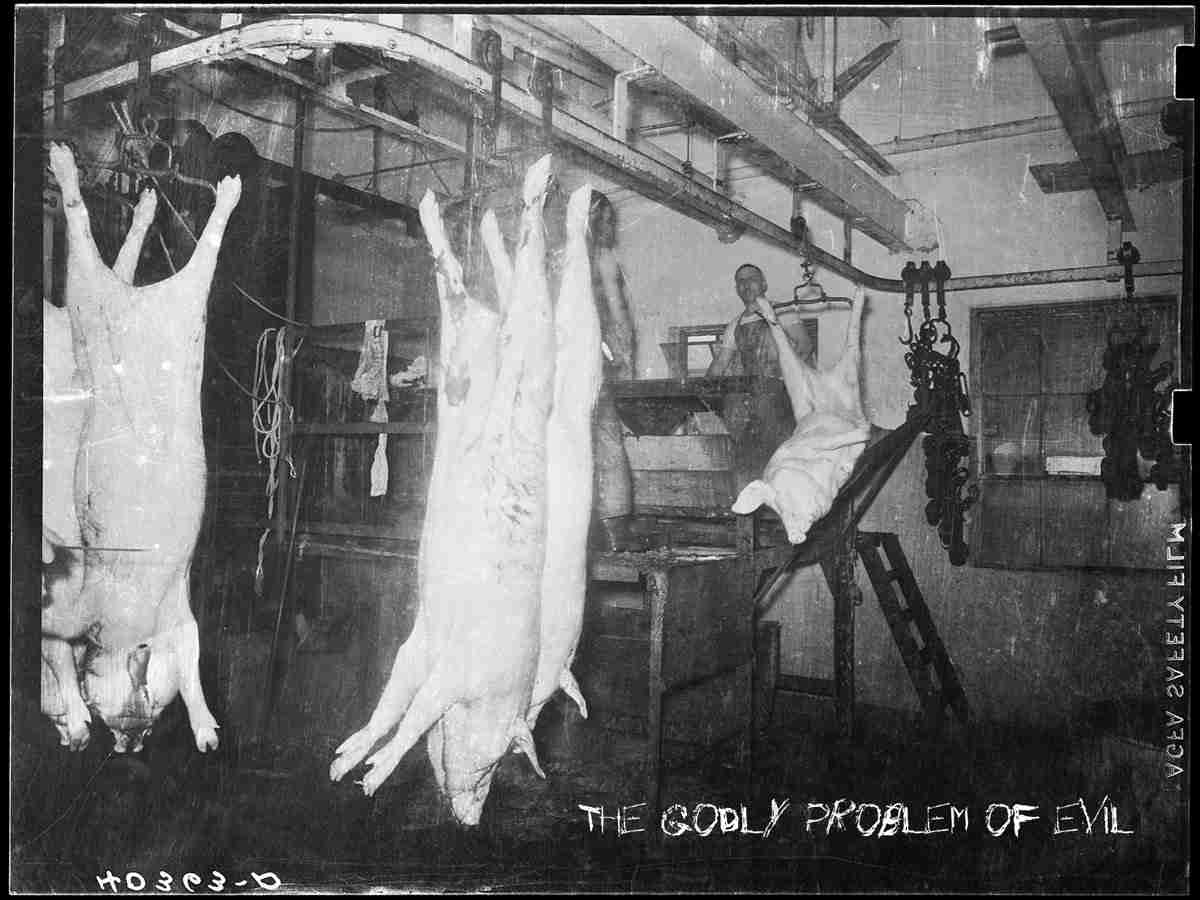 We ventured into the realm of culture in our audiovisual offerings this week. 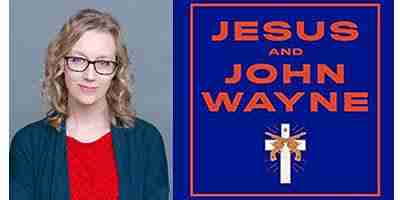 Rapping for a reason
And our “Ask an Atheist” Facebook Live feature this week centered on music. In an episode titled “More Rapping For Reason,” we played several highlights from Baba Brinkman’s inspiring rap career. Join us for some musical fun! 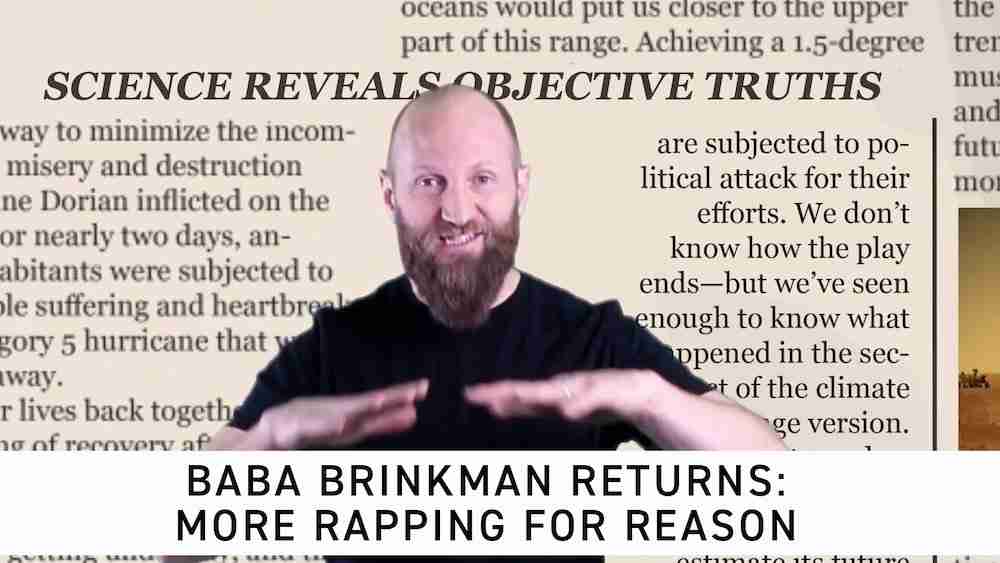 Sports, hospitals, movies and music — we are able to set forth into all of these domains only due to your unstinting generosity and support.