You can’t ignore us

This week proved again that it’s hard to ignore us here at the Freedom From Religion Foundation. 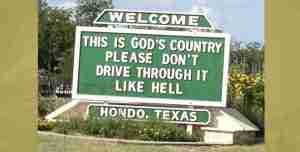 Take the grocery chain Wegmans. Its outlet in Fairfax, Va., refused to bake a congratulatory cake for the group Ex-Muslims of North America. “Let them eat cake!” we demanded. We were heard loud and clear. CEO Daniel Wegman intervened personally on the same day as our press release, and Wegmans apologized in a number of tweets, as well as through its legal counsel. The result: The cake is being baked—for free. Talk about having your cake and eating it, too.

Grieving as a nonbeliever

We added a distinct voice on the Orlando tragedy through David Williamson, director of our Florida chapter. David authored a much-appreciated blog on how he grieved as a nonbeliever for the victims. “No matter where you are, you can always safely say #WeAreOrlando,” David wrote.

Catholic League President Bill Donohue recently had an unbelievable rant. A proposed bill in the New York Statehouse to help the victims of child abuse was “pushed by lawyers and activists out to rape the Catholic Church,” he stated. Staff Attorney Andrew Seidel’s response is really worth hearing out.

As is Andrew’s answer to the question of whether churches, as tax-exempt nonprofit entities, should be allowed to endorse candidates. “Hell, no!” says Andrew.

We made ourselves heard on a bill currently making its way through the California Senate. Universities claiming a religious exemption to nondiscrimination laws would be required to disclose their reasons. “If religious universities want the right to discriminate against students and faculty based on their gender identity or sexual orientation, then let them have the courage of their convictions,” we told our California members and asked them to contact their state legislators. We’re sure they did.

Of course, a major part of our work is getting ourselves listened to on breaches of the constitutional wall between state and church. This week we again received evidence a number of times that people listen when we complain. When we alerted an Oklahoma school district about a large religious stencil message, it got taken down. After we informed Colorado school officials that a creationist film was shown in public school, they assured us that it wouldn’t be screened again. And a California school district made major changes to a chaplaincy program when we raised objections.

We kept up the work of notifying public entities when we noticed First Amendment violations. We asked a Wisconsin school district to end its unconstitutional partnership with a parochial preschool. We told New York City that women-only hours at a municipal swimming pool to appease members of a certain community (not the one you’d expect) was uncool.  We communicated to Trenton cops that they shouldn’t deposit truant kids in church for counseling. We raised the alarm about multiple constitutional violations at a Tennessee public school. And we conveyed to a Kansas police department that having a “Romans 13:4” decal reference to a vengeance and swords verse on its patrol cars was inappropriate. We’re certain that we’re being paid heed to. (The Kansas story is already getting media coverage, for instance.)

But the one story that we’re really getting noticed for is about Hondo, Texas. Our objection to religious highway signs there has created a firestorm in the area. So much so that Staff Attorney Sam Grover felt compelled to pen a sharp, witty response. “I’d prefer to live in a world where everyone feels free to openly express their religious or nonreligious beliefs without fear of retaliation,” Sam writes. “But until then, FFRF will continue to write letters on state/church violations, big and small.” Hear, hear, Sam!

All Articles by this author
PrevPreviousChurch politicking: Should churches be able to endorse political candidates?
NextToday’s abortion ruling vindicates women’s rights — and social policy based on reasonNext