What a week for all of us — including those of us here at the Freedom From Religion Foundation.

Now, not all of our recent work has to do with our new president. There’s been a lot else going on for us, too. But he and his underlings have taken up a good amount of our time.

Early in the week, we put out a statement describing Energy Secretary nominee Rick Perry’s theocratic tendencies and asking the Senate to carefully scrutinize him. We also issued an alert to our members requesting them to contact folks on the Senate Health, Education, Labor and Pensions Committee to reject the voucher-loving and public school-hating Education Sec appointee Betsy DeVos. 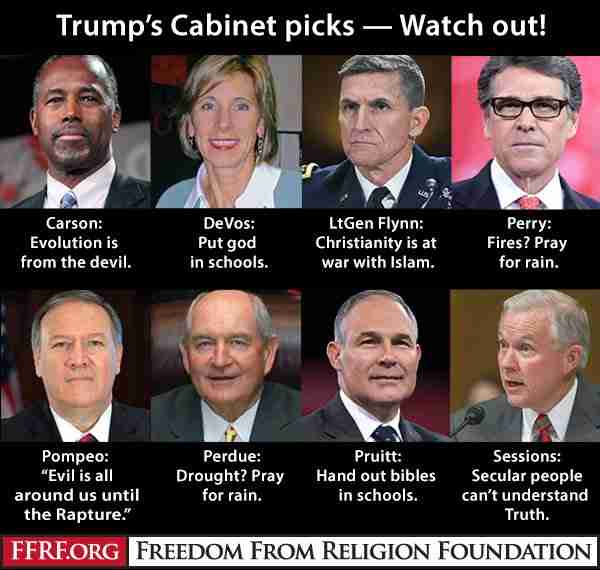 One Trump choice we initially overlooked was CIA chief nominee Mike Pompeo, who has an apocalyptic worldview that is truly scary. So, we both released a statement and sent out an alert to our members explaining his unsuitability for the post.

As the presidential inauguration drew closer, we went into overdrive. FFRF Co-President Annie Laurie Gaylor wrote an informative blog detailing all the unnecessary religiosity that Trump surrounded himself with during the Inaugural. Immediately prior to the swearing-in ceremony, FFRF Staff Attorney Andrew Seidel did a popular Facebook Live chat on state/church issues and what to expect under the new president. Even more popular was a primer we put up on our website outlining the threat the incoming cabinet poses to our secular Constitution and values.

We also had other important developments this week, including a number of huge victories. A cross was removed from a public park in Santa Clara, Calif., as a consequence of a lawsuit we filed last year.

“After standing in Santa Clara for more than six decades, the 14-foot cross was taken down — by a lawsuit,” the local NBC station reported. “A Santa Clara man and Wisconsin-based Freedom from Religion Foundation sued the city last April, claiming the cross violated the separation of church and state because it stood in a public park.”

We had another big win in a Minnesota town. 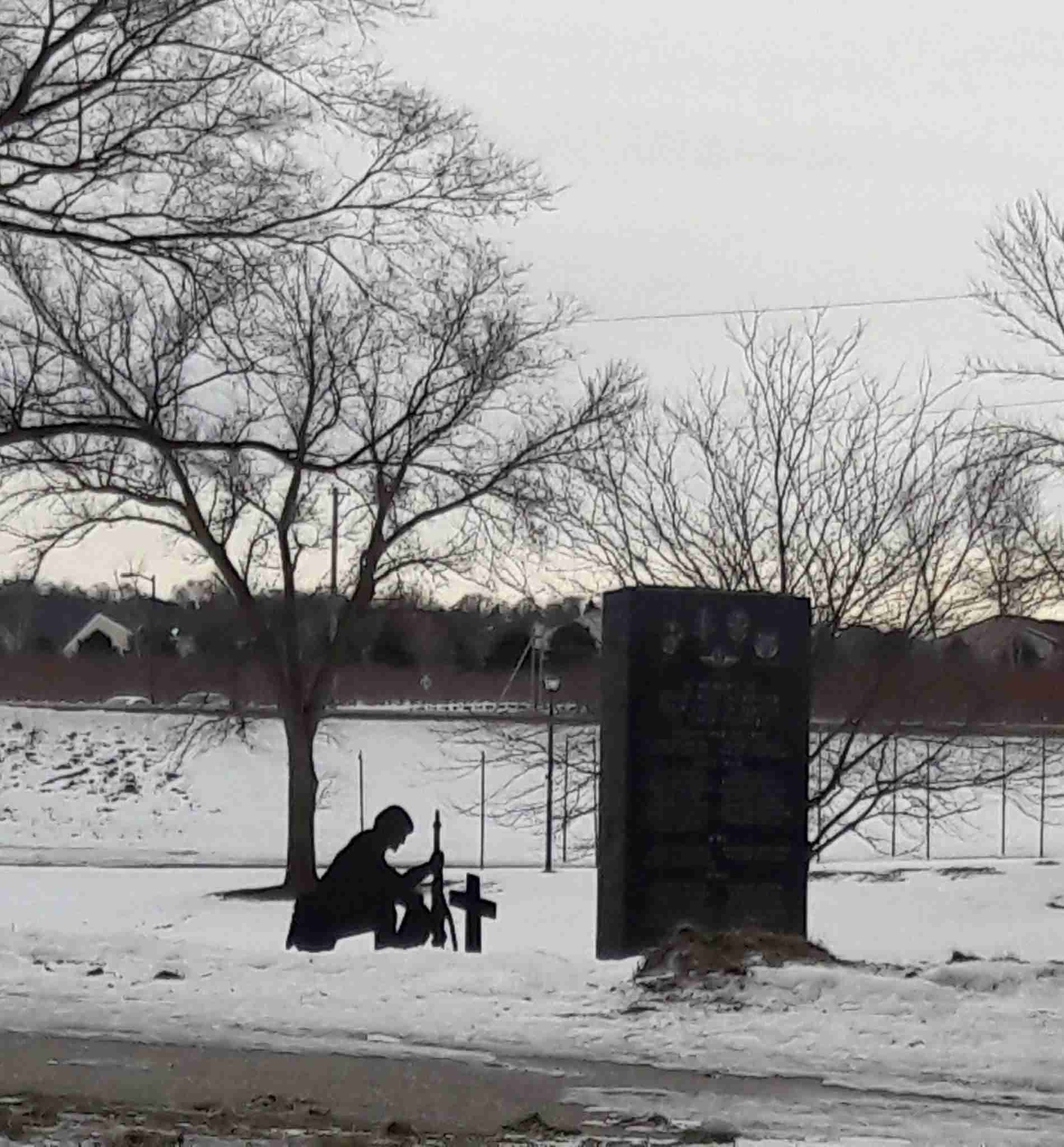 “A national watchdog group advocating for separation of church and state this week caused a Belle Plaine war veterans group to remove a cross from a memorial on city-owned property,” wrote the Minneapolis Star Tribune. “The Freedom From Religion Foundation was behind the removal. The organization objected on constitutional grounds to the cross being in a public park.”

Yes, we based our objection on that trivial thing called the Constitution. Unfortunately, some residents of Belle Plaine don’t attach as much importance to the document. They are pressuring the City Council to reinstall the cross and are harassing the suspected complainants. So, we sent out an alert to our members asking them to apply some countervailing force.

And an Illinois school district said sorry to us for its coach’s public piety.

“Please accept our apology,” Vandalia School District Superintendent Rich Well emailed back to us a few days after receiving our letter highlighting a coach’s participation in student prayer circles. “Our Varsity Boys Basketball Coach Brian Buscher has been notified that NO COACHES are allowed to participate.”

Our lawsuit against bible teaching We even had time to file a lawsuit this week, the first one in 2017, joining our dozen-plus ongoing cases.

“The Mercer County Schools in West Virginia have been preaching the Bible for decades — 75 years, in fact — to students in elementary and middle school,” Hemant Mehta writes on his Friendly Atheist blog. “And now the district is being sued by the Freedom From Religion Foundation.”

Yes, you read that right: This West Virginia county had been teaching the bible to its public school students for 75 years! (Hemant has a good description of all the ridiculous details the children in this county are taught regarding the book.) Naturally, we reached the end of our tether and decided to sue to defend the rights of a mom and her kindergartner.

We also strongly objected to a police chief-led prayer in Mississippi’s most prominent city.

“State and local leaders gathered Friday for a prayer meeting,” a Jackson TV station reported. “It was held at the Jackson Police Department’s headquarters. Jackson police and firefighters gathered together, along with Mayor Tony Yarber and Mississippi Gov. Phil Bryant. ‘You must submit to the one that has the power over life and death, and that’s what we are doing today,’ said Chief Lee Vance.”

Our question was: Why?

So much we did and so much we have to do. We’ll get through this with the help of all of you, our members, donors and supporters. 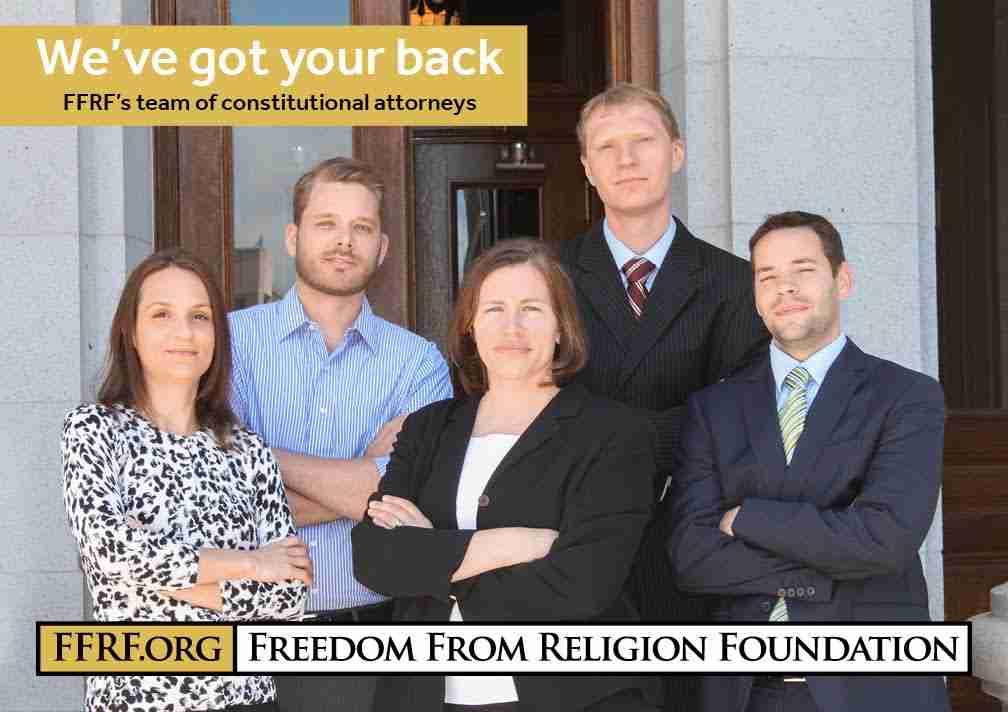 P.S. Our radio show this week focuses on the strategies and protests (such as the women’s marches) planned in response to the Trump administration, and discusses our recent victories. Listen in for the details.