The prevalent emotion at the Freedom From Religion Foundation is excitement. 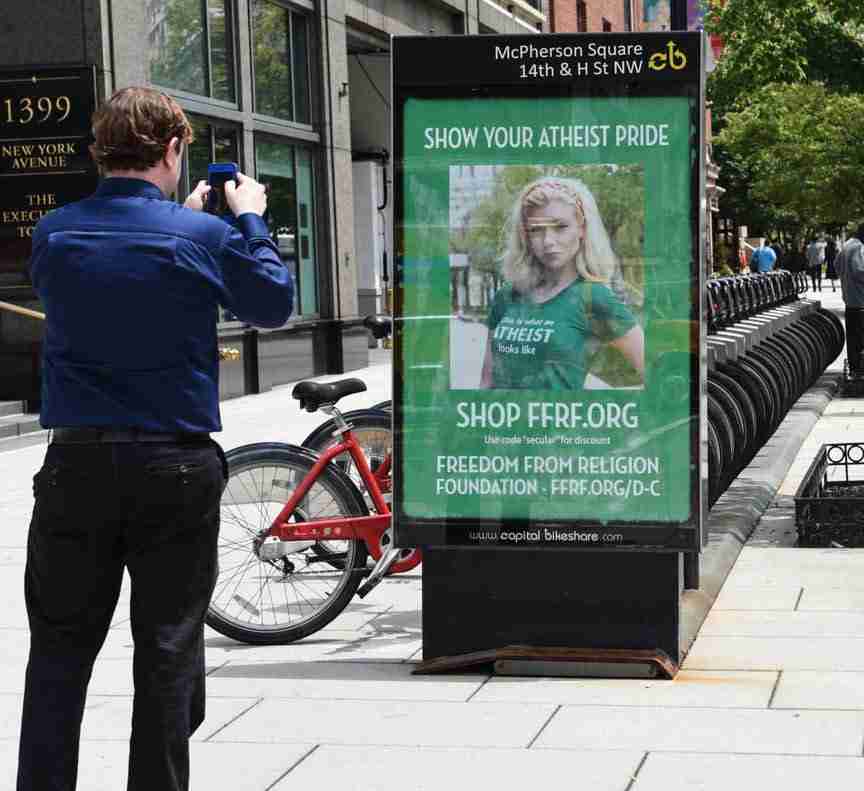 The week started off on a stimulating note. We issued an appeal on Monday to members in our home area asking them to join us for the last time in the school year to counter a weekly “Jesus Lunch” at a park adjacent to the high school in Middleton, Wis. Many of our staff and supporters were there with free pizza on Tuesday to make sure that these Christian proselytizers didn’t have a free run of the school.

The thrill continued through the week. We launched an ad campaign that took over the transportation system in our nation’s capital. Potomac and Rappahannock Transportation Commission commuter buses were wrapped with a giant message stating, “I’m an Atheist and I Vote.” Downtown commuters were greeted by 60 illuminated kiosk ads featuring young, millennial atheist voters. That did cause a bit of a kerfuffle, with the result that PRTC is considering revising its policy of allowing advocacy ads on its buses. We’ll be there in person to protest. Why not let the commuters decide instead, we ask? The ads will be up through the Reason Rally events next week.

Come check us out!

We were also energized enough to revamp the shopping section of our website. We have a slew of new products, and the site is mobile friendly. Come check us out. You won’t want to leave!

Even with all our adrenaline, we found the focus to concentrate on a range of issues. The U.S. Congress is considering adding language to the 1998 International Religious Freedom Act that would include freethinkers under its protective umbrella. We urged our members to contact their senators on the Senate Foreign Relations Committee and ask them to vote the right way. In countries such as Saudi Arabia and Bangladesh, nontheists under attack need all the legal protection they can get.

Why not teach Richard Dawkins?

From congressional bills to proposed local-level bible classes, there’s enough to keep us stimulated. An elective bible study class has been proposed for the 2017-18 curriculum in Bentonville, Ark., on dubious academic grounds. If the Bentonville School District feels that its students will benefit from a deeper understanding of belief systems, why has it not suggested classes on the Quran, the Bhagavad Gita or Richard Dawkins’ “The God Delusion”?

We were feeling so motivated that we offered a Texas town 20 times the amount it has agreed to get from a church for a controversial piece of land. The Port Neches City Council is selling a portion of a park to a church after we objected to a 10-foot cross on public property. We are concerned that the city is penalizing itself—and its citizens—by selling off prime real estate to “save” the cross and would be delighted to pay it a nice sum for the parcel.

And we were galvanized enough to take on the U.S. Army. As currently written, both the JROTC and the ROTC creeds violate the Establishment Clause of the First Amendment of the U.S. Constitution. FFRF is asking for the religious language to be removed.

Of course, nothing gets us enthused as much as victories, and a win this week was particularly exhilarating. A Texas school district has promised several policy changes in response to our complaints—that, too, within a couple of weeks after we contacted it. Wow!

Next week will be even more thrilling as we converge at the massive Reason Rally on Saturday, June 4, in Washington, D.C. Several of us at FFRF (including Co-Presidents Dan Barker and Annie Laurie Gaylor, who are featured speakers) will be there. We hope that you will participate in this exciting event! Be sure to visit FFRF’s exhibition booth to say “hi” and for free swag, including a fan saying “fan of reason,” FFRF-inscribed sunglasses, stickers and a placard that reads “I’m Secular & I Vote” on one side and “Unabashed Atheist (Not Afraid of Burning in Hell)” on the other. 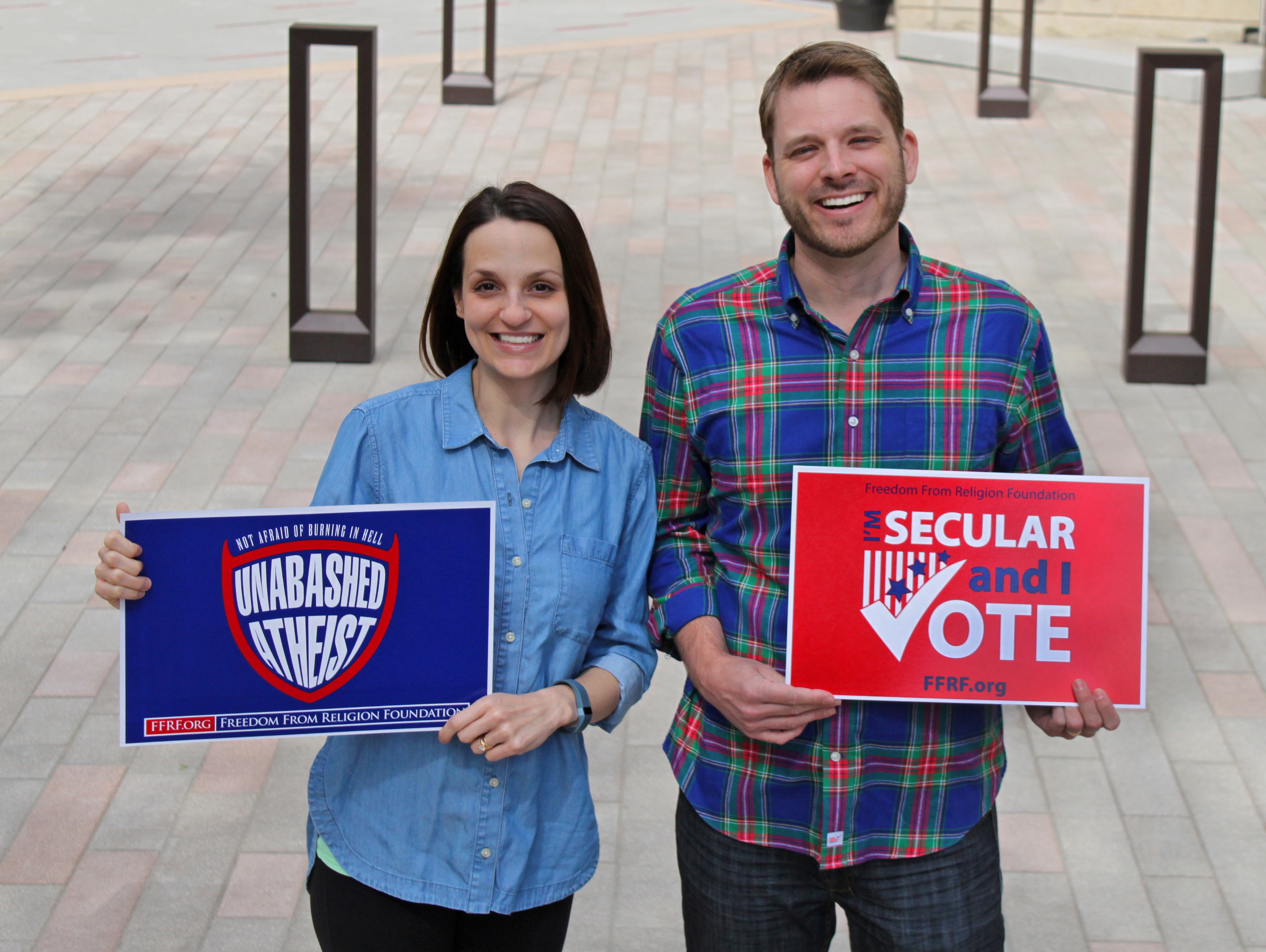