Skip to content
PrevPreviousWe’re juggling a lot of balls
NextDon’t cross us at FFRF!Next

Amid all the political turmoil rocking our nation, we at the Freedom From Religion Foundation remained steadily focused on our core mission this week.

Our Ron Reagan ad caused joy — and some heartburn

So, we ran our classic Ron Reagan ad for the second consecutive week on prominent MSNBC and CNN shows, much to the delight of freethinking viewers. The ad has also caused a bit of a family tiff (we didn’t mean to!). Michael Reagan has taken offense at his brother’s endorsement of our organization and of freethought, especially the portion at the end of the spot where Ron says that he’s not afraid of burning in hell. Dad Reagan is probably “crying in heaven,” Michael tweeted. Whatever you say, Michael.

If you’ve just joined FFRF after seeing the commercial, bravo and thank you!

We scored a big win in a lawsuit that we filed in 2015 over a nativity performance at an Indiana public school. This is FFRF’s fourth court triumph in 2017! 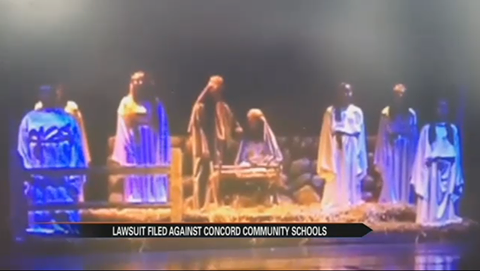 You bet it does!

We also caused a Florida school district to improve its protocol for outside access to its kids. After we made a big fuss over a Christian group being allowed into its schools to promote a religious film, the school district promised us it would do things differently in the future. 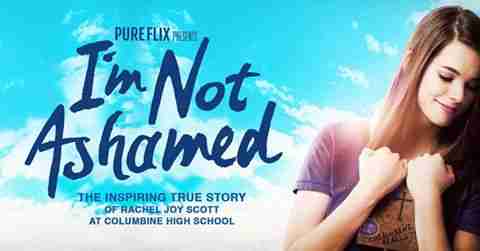 The school district “has taken the concerns of FFRF seriously and through the process of reviewing these concerns, it has taken the opportunity to review pertinent laws, policies and procedures with the administration and staff at the sites that were immediately affected,” the superintendent assured us. “Moving forward, the Santa Rosa County School District will be using these scenarios in future professional development opportunities to train developing administrators, teachers, and adult stakeholders on campus about the guidelines in which they must operate when dealing [with] activities or events.”

Glad to be of service to our (beleaguered) public schools.

Putting a halt to constitutional violations

We strongly objected to a Book of Genesis-inspired play being performed at a Maryland public high school.

“A national organization is demanding Cecil County Public Schools cancel a school musical set to be presented this weekend because the show’s religious themes violate the constitutional separation of church and state — and has not ruled out a lawsuit if it doesn’t,” the local paper reported.

We hope it won’t come to that.

We also sounded the alarm about a Kentucky public school soccer coach who has proudly proclaimed that he will be guiding his team in prayer before each game. “When a public school coach engages in a Christian prayer, young players who don’t adhere to that religion are either forced to join in or run the risk of offending their mentor and being stigmatized,” FFRF Co-President Annie Laurie Gaylor pointed out to the school district.

And we’re trying to stop the Pennsylvania Department of Transportation’s funding of a pedestrian bridge on the Villanova campus that will contain four large crosses.

“Non-Catholic taxpayers may not be forced to subsidize such a bridge,” says Gaylor. “We are not a Christian nation; we live under a secular Constitution.”

A state-level development that caught our attention was an awful bill in Nebraska that is proposing, based on religious conviction, to permit anti-choice license plates. The bill has already passed the unicameral Nebraska Legislature, and so we asked our Nebraska members to appeal to the governor to veto the bill.

Another “state bill” that didn’t escape our scrutiny was a misguided District of Columbia voucher program up before Congress for reauthorization. FFRF vigorously opposes any public funding of private schools, which are disproportionately religiously affiliated — and an ineffective use of taxpayer money, to boot.

Speaking of the District of Columbia, we haven’t forgotten that this is where the action is, especially with our 50-day-young president. So, this week we sent Staff Attorneys Patrick Elliott and Sam Grover to lobby Congress on such important issues as vouchers and the Johnson Amendment. To learn about everything that they accomplished and found out — all with the support of our members and benefactors — stay tuned in the coming weeks. 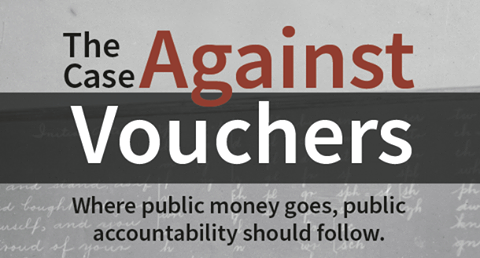 P.S. On our latest radio show, we chat with FFRF Legal Fellow Ryan Jayne about our recent accomplishments, and then interview Humanist chaplain Bart Campolo about a new book he has co-authored with his preacher dad.

All Articles by this author
PrevPreviousWe’re juggling a lot of balls
NextDon’t cross us at FFRF!Next