Skip to content
PrevPreviousHouse Chaplains: discriminating against atheists since 1854
NextMy Only FatherNext

Even if this week wasn’t as dramatic as the first week in May for the Freedom From Religion Foundation, we still achieved a lot.

On May 5, we filed a lawsuit against the U.S. Congress, getting us major play in the media. Although we didn’t create as much of a splash this week, we had plenty of quietly fulfilling moments, such as a number of victories.

A major project we’re engaged in is the restoration of a statue of Robert Ingersoll (19th-century freethinker exemplar) that has fallen on hard times in Peoria. His statue was lifted from its base Tuesday to be worked on in Philadelphia and refurbished to its past glory (all thanks to our generous members).

Another of our projects is an advertisement we’re placing to counter the religion-based opposition to abortion rights. The ad, generously funded by FFRF Life Member Brian Bolton, opens with a photo and quote from Margaret Sanger. It then cites several bible verses contradicting the notion that the Christian holy book takes a vehemently anti-abortion stance. The ad is running this Sunday in Tulsa, Okla., and Wichita, Kan.

We sprang Oklahoma students from an annual moralistic sermon called the Spring Tea. Every year in Muskogee (yes, the one immortalized by the recently departed Merle Haggard), middle school girls are preached to on such issues as abstinence, teen pregnancy, sexting and sexually transmitted diseases. Among those attending this year’s event in March were students from two public magnet schools. After we contacted the school district, it responded that this was all due to a misunderstanding and wouldn’t happen again. Good for those girls!

A Kentucky town agreed to discontinue a blatantly religious nativity display at City Hall. After a number of letters, the Walton city attorney gave us an assurance that the city will follow the law—and the Constitution—from now on. FFRF will be keeping tabs to make sure.

We also persuaded a Tennessee school district to systematically address local state-church violations. After we contacted Lincoln County Schools in Fayetteville, Tenn., about a second-grade teacher who used a religious stamp on her student assignments and approved of Christ-centered craft projects, the district wrote back to us detailing a five-point plan to make sure this didn’t happen again. We’re all for that.

Another gratifying success we had was in Texas, where a school district admitted its error in publicizing a private, religion-infused baccalaureate ceremony. We do appreciate the honesty, but school officials, please be careful about this sort of thing.

Engaged in our regular work….

We did our regular stuff, too. A good example of the many missives our hardworking attorneys sent out was a letter questioning adult involvement in a student religious club in Indiana. We pointed out to Hamilton Southeastern Public Schools Superintendent Allen Bourff that it is inappropriate and unconstitutional for teachers to initiate and direct such a club. Hopefully, the officials will listen.

…while doing the extraordinary

At the same time, we have embarked on an extraordinary international initiative via Nonbelief Relief Inc., FFRF’s new charitable creation. Bangladeshi freethinkers have come under attack in recent times as never before. Fundamentalists have killed a number of them over the past year. FFRF is now granting seven individuals who are on the fundamentalists’ hit list a stipend to help them leave the country. We are working with renowned Bangladeshi atheist activist Taslima Nasrin on this project. While we may not be able to offer safety to each and every person threatened for his or her nontheistic beliefs, with your help, we’re doing what we can.

A brave speaker at Reason Rally

And we have added to the Reason Rally lineup a remarkably brave activist. Rafida Bonya Ahmed was seriously injured in an attack last year in Bangladesh that killed her husband, Avijit Roy. Rafida will be speaking at the Reason Rally in June, and at FFRF’s convention in Pittsburgh in October. (Read Rafida’s moving column for CNN on the situation in Bangladesh for people like her and her late husband.)

We look forward to seeing you!

Rafida is just one of the many incredible speakers you will get to witness at the Reason Rally in Washington, D.C., on June 4, Sunday. There is a lot of good stuff waiting for you.

So make your plans now! We on the side of reason need all your support and encouragement. 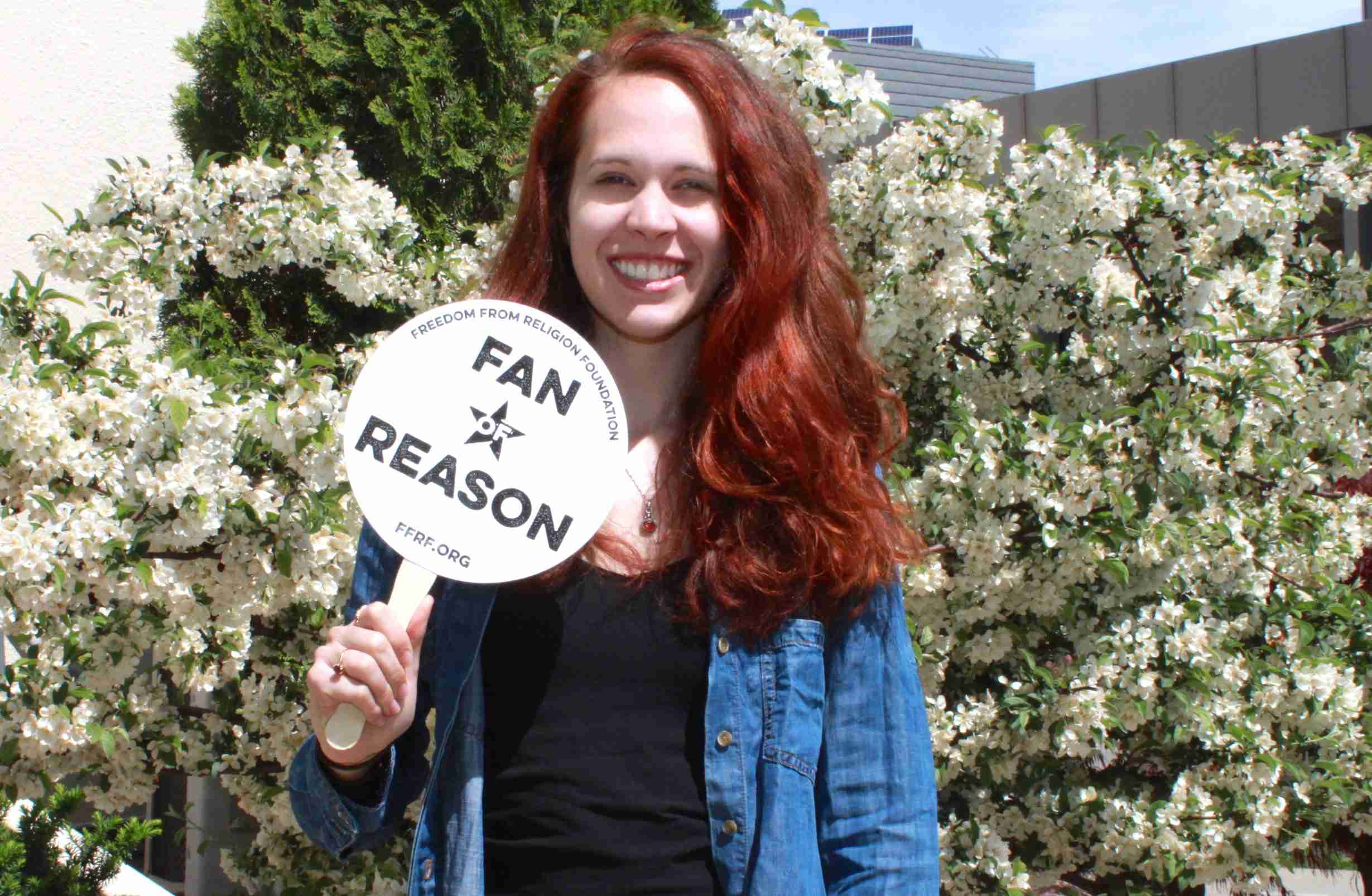 All Articles by this author
PrevPreviousHouse Chaplains: discriminating against atheists since 1854
NextMy Only FatherNext