We appreciate the media coverage

Any media attention that we receive here at the Freedom From Religion Foundation furthers our cause — and this week was exceptional.

One instance particularly captured the limelight. In Newton, Miss., a public school football coach baptized a student-athlete, and the video footage was posted on social media. When we objected, the story went national with a vengeance. The Washington Post, USA Today, the New York Daily News and Forbes magazine all carried stories. And, of course, the Mississippi media gave it a lot of notice. “Church and football are two pretty big institutions in the South. I think for that reason, they often go hand in hand,” FFRF Staff Attorney Sam Grover told the Washington Post. With all the media splash we’re making, our aim is to unclasp that relationship.

An intervention that got good media coverage was our letter on behalf of a Pittsburgh atheist who had multiple license plate requests denied. After we contacted the Pennsylvania Department of Transportation, it reversed itself, claiming “clerical error” for the initial denial. The Pittsburgh Tribune-Review described our work: “Last year, the Foundation received more than 5,000 complaints related to potential violations of the constitutional separation of church and state, about 1,000 of which it pursued through resolution, FFRF Staff Attorney Andrew Seidel said.” Glad to be of service. 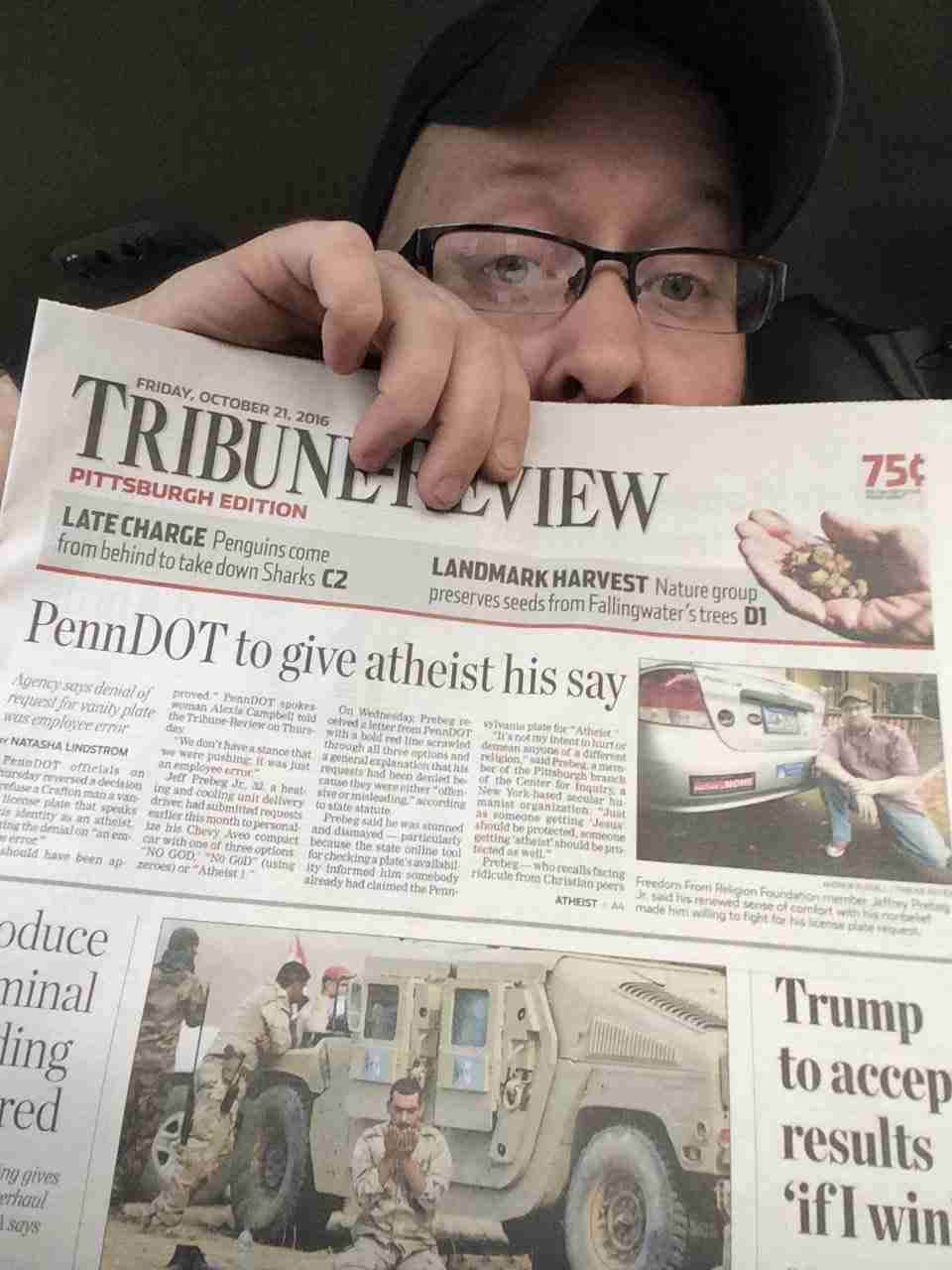 Another important event that sure got media play was the intellectual journey of Carter Warden, a pastor who came out as an atheist at our recent convention in Pittsburgh. His local paper covered his spiritual liberation, writing a big piece on it (including in the online version footage of Carter speaking at our convention!).

The power of secular voters

We are also spreading the word about the power of secular voters. FFRF Co-President Annie Laurie Gaylor wrote an op-ed on the significance of the nonreligious voters in this election. It recently went out on the Tribune News Service to hundreds of newspapers and has already been picked up the daily newspaper in South Carolina’s capital and the fabled New York Newsday. “This election could be a flashpoint in American history in which nonreligious voters finally eclipse major religious groups in terms of turnout and influence,” Annie Laurie writes. It’s a good feeling when the mainstream media features such a message.

Speaking of the elections, we take pride in alerting you to important electoral issues, and nothing could be more important than an Oklahoma ballot measure that could destroy the constitutional wall between religion and state by allowing public money to benefit religious institutions. We sent out an urgent SOS to our Oklahoma members urging them to vote NO and to persuade their fellow Oklahomans to vote similarly. 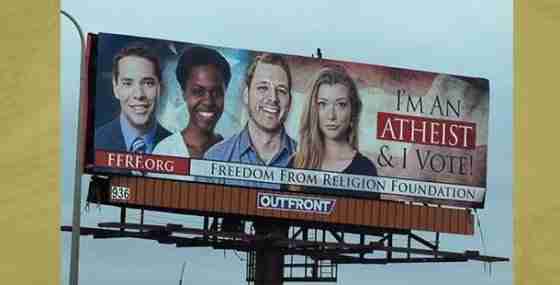 At the same time, we continued to do our important legal work. We recently filed an amicus brief against a Florida Christian school that is suing the state’s high school athletic association because it wants its prayers broadcast over the public address system.

Apparently, godly announcements need to be heard loud and clear, since we sent a letter to a Mississippi school district that has been making a lot of religious announcements over the P.A. system. What’s with the loudspeaker hang-up among pious folks?

…and preaching it in the classroom

We dispatched a related letter to Alabama, where a teacher was promoting the same event as in Mississippi, but this time to her third-grade classroom. “Teachers should not be permitted to foist their religious beliefs on such young, impressionable children,” Annie Laurie remarked.

We also gladly imparted lessons in the U.S. Constitution to a Wisconsin city that channeled money to a church’s youth groups and then insisted to us that it was lawful because of the source of the funds. Not so, we patiently educated city officials.

Even with all the time, trouble and expense our work involves, we think it really important to support vital humanitarian work being done around the world. So, we wired today $20,000 to Doctors Without Borders for their incredible efforts in attempting to heal the ravages left in Nigeria by the fanatically inspired Boko Haram and to repair the damage in Haiti caused by Hurricane Matthew. These are the true “angels” walking among us.

Assisting nonbelievers, helping humanitarianism, engaging in legal work, demonstrating the power of the freethinking vote — we do it all, regardless of the amount of media coverage. And we wouldn’t be able to do any of it without the support and good wishes of our members and benefactors.

P.S. Listen to our interview on our radio show this week with the Pittsburgh atheist initially denied his license plate. And let the spookiness of our Halloween theme creep all over you.