We accomplish so much

Let’s go over all that we accomplish during a single week here at the Freedom From Religion Foundation.

We actually got a hulking 6-foot Ten Commandments monument moved from a public high school in Pennsylvania as a result of a lawsuit that we filed years ago.

“The Ten Commandments monument no longer is in front of Valley Jr.-Sr. High School in New Kensington,” the Pittsburgh Tribune-Review reported. “The monument apparently was removed sometime Tuesday (March 21) afternoon.”

FFRF and the New Kensington-Arnold School District had signed a formal agreement last month to take out the biblical marker but the district had been dragging its feet. Finally, it fulfilled its legal obligation. 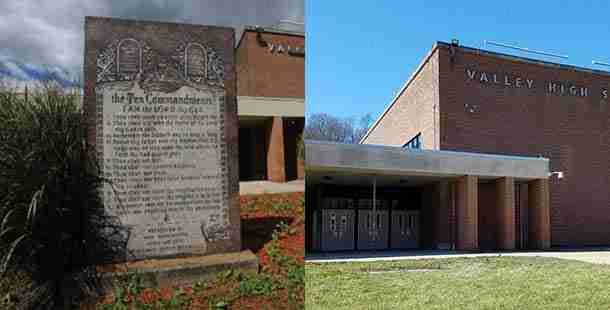 Hurray! And bravo to our courageous named plaintiff, Marie Schaub!

In other places, we had to continue our fight on the behalf of secularism.

In Indiana, we (along with the ACLU) appealed against a recalcitrant school district that still insists on having a static nativity scene even after we legally stopped them from putting on a nativity with live performers. We’ll win this one, too. 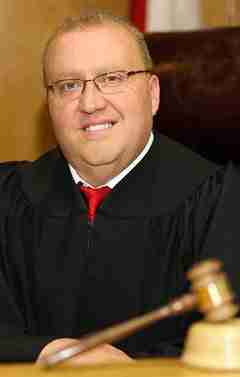 Suing a stubborn justice of the peace

And in Texas, we took to court a stubbornly preaching justice of the peace who doesn’t seem to know the difference between a courthouse and a church. “The Freedom from Religion Foundation has filed a rare federal lawsuit against a sitting justice of the peace, claiming he is violating the First Amendment’s separation of church and state by holding a prayer meeting before court each day,” the Houston Chronicle reports. Justice Wayne Mack pledged at a 2014 Christian Faith & Freedom Prayer Breakfast: “As the justice of the peace, I will bring the Prince of Peace to work with me every day.” We’ll see about that.

We also sounded the alarm in Texas about an organization we’ve taken on time and again. A Texas school district allowed the Gideons access to an elementary school to hand out bibles to kids. Not cool, we told the school officials. 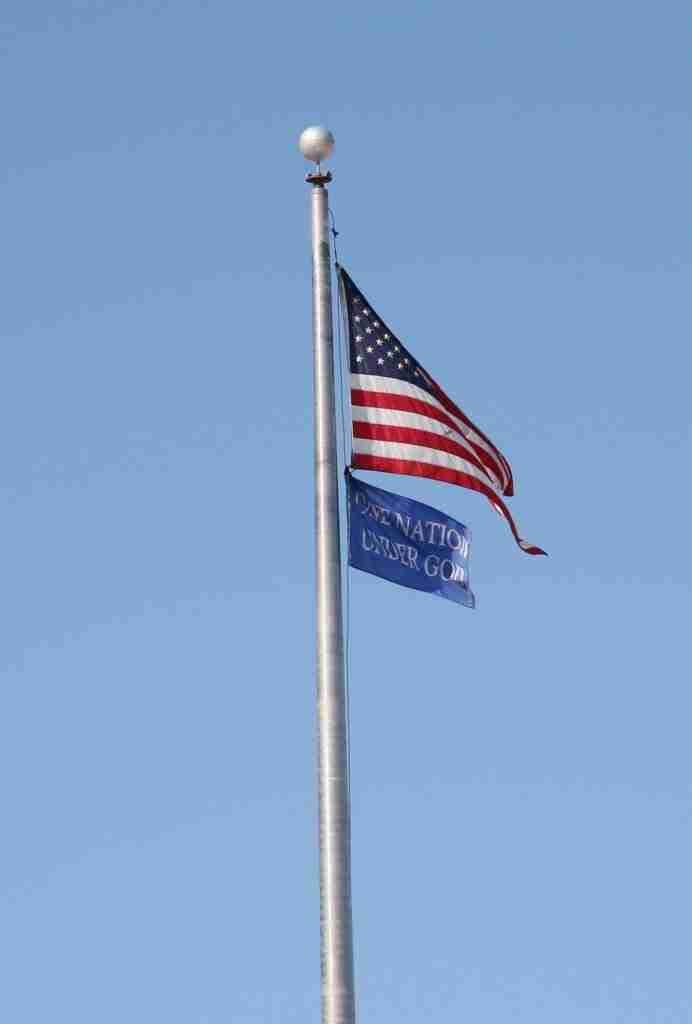 What about the nonreligious?

We protested the flying of religious flags at two public schools in New Jersey that have reportedly been gifted by the Knights of Columbus. Way to make nonreligious folks feel unwelcome in these schools.

Drying up a religious stream

But all was not negative. We earned a victory in Indiana when a religious deluge on a public elementary school’s social media stream dried up due to our complaint.

“The teacher who put these topics on the Facebook page has been directed to discontinue these types of posts in the future,” the school district superintendent wrote to us. “I feel confident this will not happen again.”

And in New Jersey, we commended a proposed rule change that would make a secular affirmation the standard in the state’s court system. Now that’s one to applaud.

We were also busy alerting you to various state-level mischiefs. In Texas, we asked members to oppose a proposed voucher expansion scheme. We informed Alabama members about a bill that would actually allow a church to have its own police force. Scary thought! And in Oklahoma, we warned our membership and sent out a statement about a bill that’s already passed the House to make Good Friday a state holiday.

How could we overlook D.C. weirdness?

We couldn’t overlook what’s happening at the national level. We’ve kept a close watch on Neil Gorsuch’s Supreme Court nomination, and reiterated our opposition during his confirmation hearing. We also called for a nixing of a $250 million voucher allotment from Trump’s budget.

How were we able to get all this done? Only with your ample backing and support.

P.S. On our radio show this week, we talk with FFRF Staff Attorney Sam Grover about our Texas justice of the peace case, and we interview Iranian-born and Britain-based secular activist Maryam Namazie.

All Articles by this author
PrevPreviousDon’t cross us at FFRF!
NextAn atheist shoots a commercial at creationist Ken Ham’s Ark EncounterNext