The year may be winding down, but our work at the Freedom From Religion Foundation continues in full swing.

As 2016 comes to a close (and how we wish it would end!), we’re dealing with some of our usual end-of-the-year concerns. 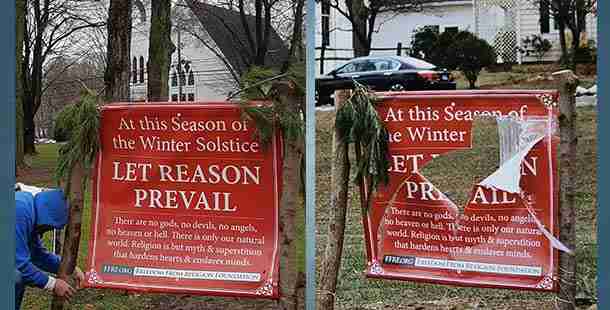 Like last week, we were busy installing freethinking banners — or responding to their destruction. A freethinkers’ group put up our banner in a small community in New York to counter a crèche display, and we rejoiced in that. But less joyfully, we also had to cope with closed-minded individuals unable to handle our viewpoint. So, a sign of ours was vandalized in Connecticut, while another was stolen from a Virginia park. We’ve offered a reward and all of that good stuff for the perpetrators, but no luck yet. In the meantime, you can help by making a pledge to our Resurrection Pledge Drive each time one of our December displays is stolen or destroyed.

What will Trump do to our courts?

And then there is the other issue that has preoccupied us in recent weeks: the incoming Trump administration. What has really got us worried is the direction the courts will take under his reign.

“Even if Trump’s presidency is short-lived, the effects of decisions by Trump’s lifetime appointees could linger on for generations,” FFRF Co-President Annie Laurie Gaylor writes. “These judges will decide on access to abortion and contraception, on immigration and voter rights, anti-discrimination policies, gun control — not to mention the ever-controversial principle of separation between state and church.”

As if the national outlook isn’t fraught enough, we had to contend with states such as Kentucky. Gov. Matt Bevin has decided in all his nonwisdom to re-up 2017 as “The Year of the Bible” after already proclaiming 2016 to be so. We sent Bevin a strong letter asking him to stop his endless bible thumping.

We even keep track of stuff at the local level. So, when the Amarillo, Texas, newspaper went after us, you know that we had to respond. (We do appreciate that the paper printed our rebuttal.)

It seems that the Texas media really pay close attention to us. So much so that the Dallas Morning News picked a quote of Annie Laurie’s as among the most memorable of 2016!  Now, it’d be great if 2017 grants us a Lone Star victory over Gov. Greg Abbott for his censorship of our display at the state Capitol.

We were doing our regular work, too. We celebrated a huge victory in North Carolina when we got a town to relocate a nativity scene in a public park. And we sent out an alert to our Minnesota members about a town in the state that is mulling over a religious veterans’ memorial. 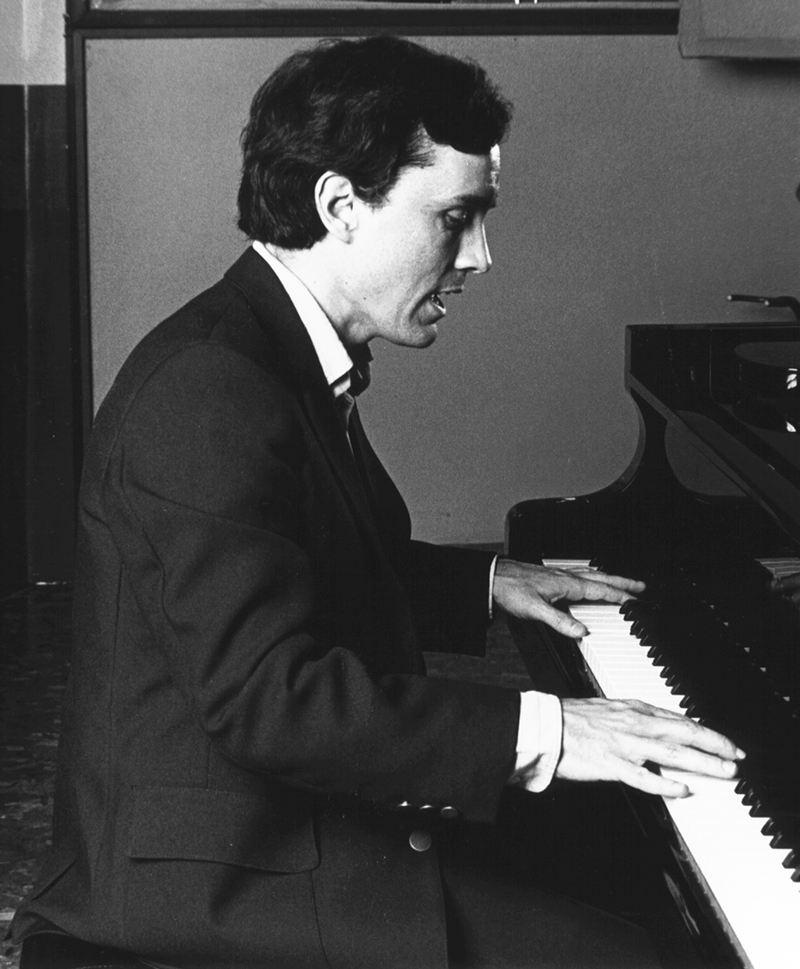 But let’s admit it. A part of us is gazing ahead apprehensively to the next year — and that’s true for many of you, we’re sure. We have the perfect picker-upper as we head into 2017: a poignant song FFRF Co-President Dan Barker recorded decades ago that couldn’t be timelier.

And if you want to derive some comfort by looking back at all our achievements over 2016, here’s a summary for you of all we were able to do with your help.

Have a freethinking and positive 2017! 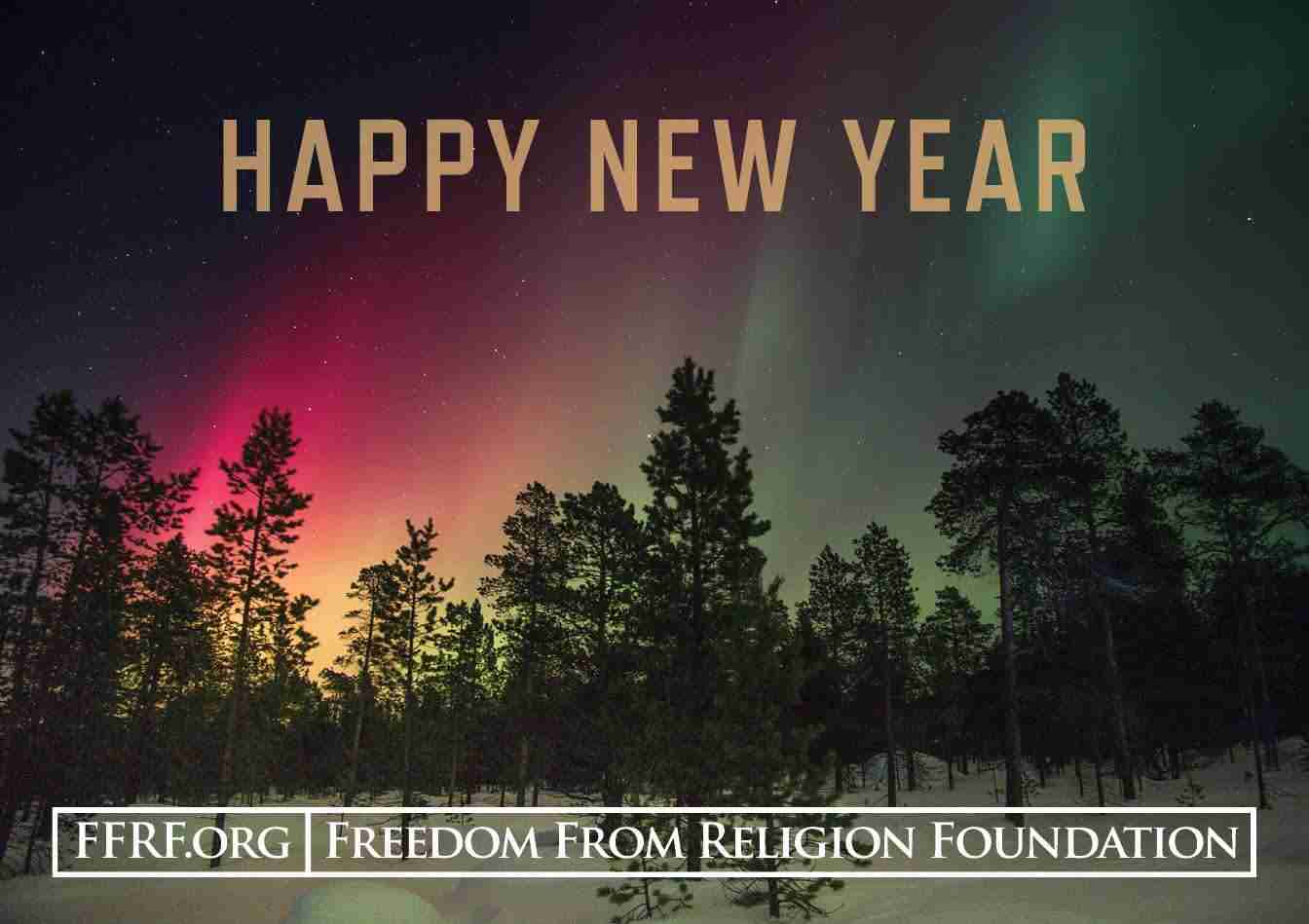